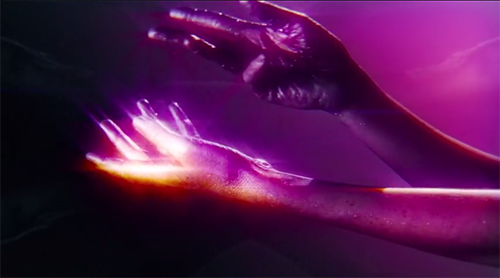 Moullinex’s To Be Clear has been out a few weeks now, an awesome Disco/House tune with some awesome reMixes to boot, it just got better with a brand new video.

The clip is directed by Benjamin Shearn, the clip is Disco personified. Shiny, colourful and full of, er, hands.

Moullinex’s To Be Clear is out now on Discotexas.

Released last week via Discotexas, was the new single from the king of the Portuguese Disco scene, Moullinex. Set amongst a packed reMix collection, that include work from RAC and Kraak & Smaak, sits this absolute gem from the Parisian creator of Horizontal Disco; Zimmer. Featuring the vocals of Rebeka’s Iwona Skwarek, the original was a pumping three and a half minutes of DiscoPop which Zimmer transforms into a laid back blanket of Tropical breeze.

Pitching down the vocals for a ghostly (and surprisingly soulful) vibe, Zimmer introduced all manner of haunting sounds to contrast his popping, vintage, synth array and House flavour. the restful is something that is both compellingly dancefloor friendly and mysteriously chilled. Maybe that’s the point of Horizontal Disco, who knows? No-one except Zimmer himself we guess. You’d have thought the Pan Pipes would be a bit cheesy in a post-Enigma world, but the work amazingly well in this track; an instrument not often used in Disco, but one that lends the track a little emotional rush. All-in-all, an infectious tune from Zimmer that completely reworks the original and delivers something of an intelligent floorfiller.

This week sees the release of a sweet collection of reMixes of Polish quirky ElectroPop duo Rebeka’s Melancholia single. Their label, Brennnessel, has pulled together some of the top names on raw electronic Disco to deliver three hefty versions of the tune. Moullinex, Shindu and Brennnessel bosses Kamp! all weave their dancefloor magic with Iwona’s epic vocals.

Moullinex’s reMix is instantly recognisably his. An energetic, Cosmic Disco take on the song, that borrows a few tricks from Dub and gets quite dark at times. Put together on all analog equipment, Moullinex’s offering blends his rough ‘n’ ready Disco sound with Rebeka’s soaring ElectroPop to great effect. Belgium’s Shindu get enigmatic as they tackle the tune. Working around a deep synth bass and sparkling 80s leads, Shindu turn in a reMix that is a dancefloor intoxicant yet reminiscent of the best in 80s Pop. Once you get drawn into Shindu’s bass and keys, it’s hard to get out again as the track envelopes you in it’s warm layers of sound. Brennnessel’s own Kamp! take the energetic route with their version, opting for a French House influenced floorfiller. Big beats, big riffs and a piano hook to get lost in are the order of the day here. This is definitely one for the crate, indeed they all are. Check em out, did we mention that they are free?

Rebeka’s Melancholia reMixes are out now.

Late March sees the 2nd Birthday of Electro superstar Mylo’s Italo-Disco London outings Ecstasy, Passion & Pain. To celebrate in style the man has brought together a crazy good line-up to party at XOYO in the 22nd.

Along for the ride is Morgan Geist in his Storm Queen guise, Daniel Wang, Psychemagik and Gomma’s Moullinex. It’s quite a star-studded line-up and a massive Disco bomb going off in the middle of East London. Be There!

Full details can be found here.

Here’s the video for Moullinex’s epic, atmospheric, Disco opus Darkest Night, which has a reMix package coming next month.

Silvio Teixeira directs the clip, which looks as much like a Bond movie intro as the track sounds. Classy.

Moullinex’s Darkest Night single is out now on Gomma.

Darkest Night is taken from the album “Flora” out on Gomma. 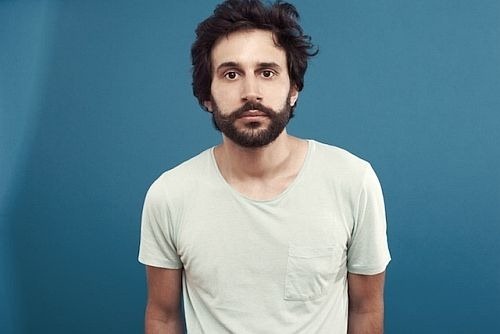 Moullinex and Xinobi. Lisbon’s Disco mafia. Once again bringing the reMix to each others tunes. This time Xinobi’s having a crack at Darkest Night, from Moullinex’s début album Flora. A track Xinobi apparently had a hard time getting to grips with, considering it “non-touchable”, but we’re kinda pleased that he did.

Moullinex’s Darkest Night single is released this week on Gomma. 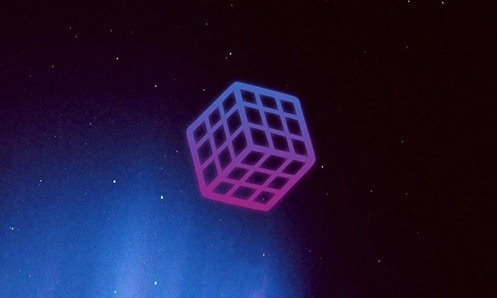 We introduced you last week to Russian funketeers Sohight & Cheevy’s new single, Travel Anthem. Well it was released yesterday on On The Fruit Records and came loaded with this hypnotic reMix from Nu-Disco genius Moullinex.

Moullinex’s take on Travel Anthem rides on an infectious bassline that is just funky enough to stick in your head but not so frantic that it overpowers the tune. Using an catchy piano riff and interesting use of the vocals Moullinex has crafted a track that you can loose yourself in. the rest of the tune is made up of Moullinex’s quirky Disco sense of humour, all plopping and pinging percussion. More cowbell anyone?

Next month Gomma man Moullinex will finally be releasing his long awaited début (really?) album, Flora, and boy it’s going to be a funk fuelled killer. In preparation we’ve got two new tracks for you here. First up a celebratory freebie from the man himself followed by a reMix of his new single from Gigamesh.

Moullinex dropped Kassette as one of those ‘reached xxxx ‘likes’ or whatever’ milestones. Whereas we are pretty opposed to this meaningless numbers game the music industry is turning into, we can’t fault a new Moullinex track. Kassette is an Edit of Kasso’s Walkman from 1982 that Moullinex has been playing out for quite a while and now it can be enjoyed in all it’s twisted funk, multi instrumental, infectious hook, glory. Take My Pain Away will be the album’s preceding single and alongside reMixes from Rory Phillips, Strip Steve, and DJ Steef sits this blinding track from Gigamesh. Gigamesh whips up an epic retro Disco tune that just goes to prove why he is one of Disco big rising stars. A flawless production built on an irresistible funky groove and driven on by some spine-tingling solos.

Moullinex’s Flora is released 25th October, with Take My Pain Away just before on the 9th.

Remember Belgian outfit Montevideo’s Horses from back in February? A track that combined a New York Disco feel (no doubt helped by recording at DFA’s studio) with an Italo feel. The band are currently working on their new release, but in the meantime they, and Discotexas, are giving ways two new reMixes of Horses to tide us over until their second album drops.

First premièred on his last mixtape is Zimmer reMix. A burbling Disco tune that piles on the Cosmic elements and it’s fair share of cowbell. Pure Horizontal Disco, as Zimmer would term it, the track runs with bubbling analog bass and frantic percussion on a galactic trip that deserves an Animé video. The second reMix comes from Discotexas core trio of Moullinex, Xinobi & Mr. Mitsuhirato who kick of with a reverby 909 beat and proceed to fold an ‘90’s House vibe into a European Disco groove, the result is pretty unique and pretty captivating. Totally a track to get lost in.

Originally heard on Aeroplane’s, still on rotation, ‘In Flight Entertainment’ compilation, Sweedish Disco duo Drop Out Orchestra’s ‘It Will Never Be The Same Again’ finally sees a single release this month with a reMix package on Eskimo Recordings.

‘It Will Never Be The Same Again’, as you will probably know by now, is nice rolling, quite jazzy, Disco number. Vocoder heavy and loaded with lush ‘70’s stings alongside bouncy synth work. It’s got quite a chilled vibe, like a relaxed Moroder, but with enough groove to rock the dancefloor. reMixes come correct from London Electro Disco duo Punks Jump Up and Gomma staple Moullinex. Punks Jump Up, bring out a little more of the dancefloor side of the track. Reminiscent of some of PJU’s older work it’s got a solid piano line, a pulsating bassline and a real House vibe to it. Moullinex wastes no time and gets straight on with his quirky Portuguese Cosmic Disco business. Space synths and a slight Tropical flavour make for a nice future retro Mediterranean flavour. Picking a hollow bass sound really accentuates the bass riff and makes for an addictive core to the track. Also including a B-Side, ‘Sun Machine’ featuring The Reverb Junkie, this is a hell of a smooth Disco package.

♫ Drop Out Orchestra – It Will Never Be The Same Again

The ‘It Will Never Be The Same Again’ single is released 21st May.

Buy Drop Out Orchestra’s music from: