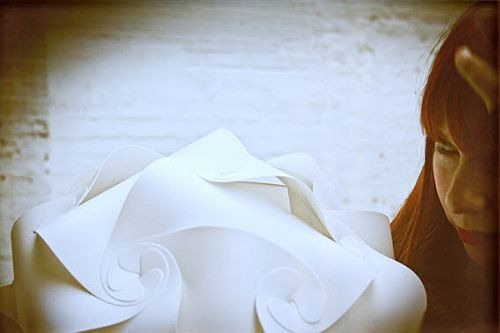 London based singer/songwriter Christa Vi’s Your Heart is getting on in music years now. Originally brought to our attention way back on November 2011 and released n March last year it’s settled in as one of those songs that occasionally pops into your head for no reason other than it’s stored in your brains ‘unnervingly catchy’ bank. The tracks track was given a new lease of life yesterday with a brand new video and a brand new reMix. the video, a stop motion epic that makes our brains hurt when we think about making it, can be seen here, the remix can be heard below.

South London producer Skitch, who used to be one half of Blende, delivers a straight-up Disco jam. Like the first wave of French Touch, this tune is a heavily filtered groover. the high point of the reMix is the innovative use of the vocals, which sees Skitch cutting and pasting the lyrics to create new sentiments and a vocal hook that fits his pool party Disco perfectly.

We dropped Aeroplane’s reMix of our second favourite Giorgio Moroder song, From Here To Eternity (MB Disco having already released a reMix package of our favourite, E=mc², great minds an all…), last week. Now the single is out in the wild take a listen to the released other killer tune, a reworking of the song from Belgium’s finest ATTAR!.

ATTAR!’s take on the tune is pretty different from Vito’s. Vintage analog Disco abounds, slickly combined with  a summery Tropical vibe. The track is actually a big of a schizophrenic beast, at times the Island percussion and chimed lead are total sunshine Indie-Electro, and at other times these big SynthWave chords power in morphing the tune into a dark Electro growler, and then there’s moments of pure House. Maybe in lesser hands this would have been a confused mess, but the many facets of the track are so skilfully handled by ATTAR! that strange bedfellows sound perfectly suited to one another. Just wait for the soaring solo to kick in. ATTAR! has done an amazing job here, creating a reMix both danceable and rousing. And, yes, it’s that picture of Moroder again, what?

Giorgio Moroder Vs. MB Disco: From Here To Eternity is out now.

So first MB Disco take my favourite Giorgio Moroder track, E=mc², and release a bunch of rad reMixes of it. Then, when they decide to go for round two, they pick my second favourite Moroder track, which is 1977’s From Here To Eternity as the subject of this new reMix collection. Not only that, but alongside the likes of ATTAR!, Compuphonic and Fusty Delights there’s an Aeroplane reMix! What more could I ask for?

Vito drops something really special here, It’s like two generation of Disco geniuses, a meeting of minds. Punchy, infectious bass, Aeroplane’s take on Moroder style arpeggio Disco and a percussion fuelled beat give Moroder’s hushed robotic vocals a new lease of life. In 1977 this was the future, now, in 2012, Aeroplane is making sure the track is still just as cosmic and Sci-Fi as it ever was. Amazing work. And, yes, we always use the same picture of Giorgio, because it;s amazing!

Giorgio Moroder Vs. MB Disco: From Here To Eternity is released 10th November.

Elijah Collins & Slow It Down slight edit of Cherelle’s 1989 hit Affair, now titled I Don’t Need from their new four track edits EP, has hit the internet in video form.

Produced by Beaver & Beaver’s Ely Dagher, the clip plays up the vintage half of the track with some decidedly retro visuals.

Slow It Down & Elijah Collins’ Alright EP is out now.

Check out more from Slow It Down & Elijah Collins on SoundCloud.

Contrary to most of the world, it seem, I quite enjoyed Norwegian synth botherer Lindstrøm’s Six Cups Of Rebel. His last album from earlier this year was pretty crazy, but I thought in a good way. An ecclectic, funky, Disco cacophony that more often than not, worked. Apart from when it went all freeform jazz, then it was just hilarious. Anyway, the man is back with another new album, and Smalhans is kinda’ more what people were expecting. Epic Scandinavian space Disco.

Smalhans is 50% Moroder 50% Tundra. It’s got the Norwegian quirk that against all odds always comes across in music (just ask Röyksopp, Prins Thomas and Todd Terje), it feels like a music sense of humour, or more like a sense of playfulness mixed in with sparking cosmic  sounds and an Italo Disco groove. The album steps up wit the previously released Rà-Àkõ-St, which is snowy Funk at it’s finest. Like a part in an ice field, it’s both cold and mysterious and warm and inviting at the same time. Lāmm-Ęl-Āār is a popping Electronic beat, layered with retro synth work, and an enigmatic hook, but manages to pull of euphoric at the same time. The Spy Thriller riff in Lāmm-Ęl-Āār completely draws you in, and it;s attention to detail like that the dominates this album. Ęg-Gęd-Ōsis, released with Rà-Àkõ-St, is at first glace a simplistically hypnotic Disco-House track, but further listens revel complex deeper layers. Other than Rà-Àkõ-St, for us the albums highlight is Fāār-I-Kāāl, a building, optimistic four minutes of intertwining synth melodies that reminds us more than a little of the aforementioned Röyksopp.  Lindstrøm’s grasp of melody, both here and throughout Smalhans is really impressive, his playing of groove of lead works in every tune to create something bigger than either. those who were disappointed with Six Cups Of Rebel will have found the album you were looking for with Samlhans, those who liked Six Cups…, you’ll love this even more. Classic sounding synthesizer Disco with a Scandinavian twist, what more could you ask for? 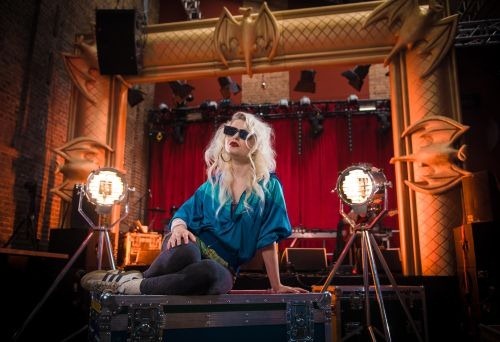 Ronika – Guestmix For Lovegang Perfume Release Party = Short but sweet (just like Ron herself) this mix for our German brethren Lovegang’s Perfume launch party drops some smooth House and Disco sounds and an touch of an early 90’s R&B flavour. It makes a great rainy day mix.

ATTAR! – M!X#9 = ATTAR!’s latest mix! that;s just what the doctor ordered. An engaging hour of soulful electronic and Disco awesomeness. The most interesting point being ATTAR!’s own reMix of out second favourite Giorgio Moroder track, From Here To Eternity, to be released in the coming weeks.

Check out more from ATTAR! on Sound Cloud.

Russian Disco master Sohight’s On The Fruit Records single Fonk is release this week, and whist we’ve been really digging the track, we’ve also been keen to hear the Earl Grey reMix, so now we can. Earl Grey is, of course, Danny Ashenden, better know as one half of The C90s, here with his third solo track. It doesn’t disappoint.

Ashenden delivers a squelchy, vintage Disco track. Equal parts Cosmic and Deep, the track rides on a low-down, but bouncy, synth bass, slightly Italo in it’s pattern, which weaves in an out of spacey stabs and echoes, snatches of the vocal and big lush strings. The reMix even keeps some of the scratching from he original in there, but echoes them out to almost Dub-like effect. All this Disco business is topped off with a twisted lead line that is so infectious you won’t be able to resist it. It’s a great start for Earl Grey, definitely a name to keep an eye, or ear,  on.

Sohight’s Fonk is out now.