Com Truise’s SynthWave epic, Subsonic, from his recent Wave 1 EP is given a new lease of life in the form of this shimmering new video.

Put together by Hans Lo, the clip is suitably chock full of old school computer graphics and video effects. most fitting.

Following Declination, Ghostly International have posted another track from SynthWaver supreme Com Truise’s forthcoming Wave 1 EP. To our surprise it happens to be Subsonic. Subsonic is a track that first reared it’s head around late 2012, it was featured on Truise’s Komputer Cast Vol. 6 podcast and we’d thought had since been long forgotten. It’s pretty awesome news that we’ll soon be able to pick up the full version of the track.

It’s four and a half minutes of pure Com Truise. Retro futuristic waves of vintage synth sounds. An electronic soundtrack to a dark future melded with shuffling urban rhythms and twisting keys. With one foot in 80s Sci-Fi soundtracks and the other in old school Hip Hop, Truise crafts blissful synthetic soundscapes with an underlying funk. Frankly, all music could sound like this and we’d be pretty happy about it.

A couple of weeks ago we introduced you to the new single from Australian Indie-Disco aviators Flight Facilities. The Micky Green featuring Stand Still made quite a few waves online, but our attention was focused on the fact that at the same time a Com Truise reMix was announced. This kind of thing is exciting to us. Well, here it is, in all it’s enigmatic synth glory.

The Indie-Electro leading original is completely contrasted by this reMix. Com get’s his dark and moody SynthWave on here, which, weirdly (considering the original) works amazingly well with the vocals. The Truise take on the track is driven by a gruelling Synth bassline set amongst atmospheric and evocative layers of electronic sound. It’s the usual, amazing, Dark Future soundtrack vibes from Truise. And a track with proves a little injection of sweet female vocals into that equation does no harm whatsoever. This is one of those tunes that demands repeated listenings. 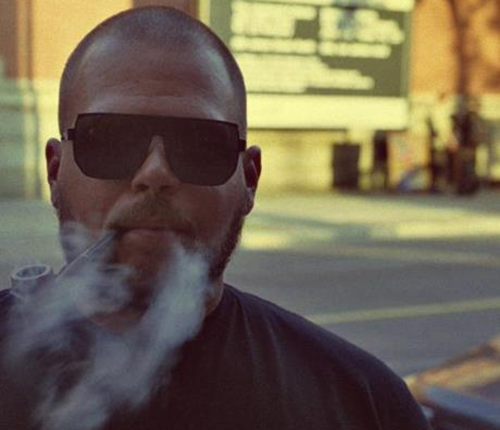 We love unexpected surprises, and this week there was a big one in the form of a new tune, and release details from SynthWaver Com Truise. His new EP is due for release in February next year on Ghostly International to be titled Wave 1. The EP will include this track, a collaboration with Joel Ford (from Ejecta and Ford & Lopatin) called Declination.

Declination is a robust slice of Electro Boogie. A lush retro SynthPop track with heaps of vintage electric Soul and a B-Boy vibe. With a killer bassline, swathes of 80s synths, the track is the prefect launch-pad for Ford’s period fitting vocals. The chorus in particular, is just so authentically 80s it’s easy to forget this is a new release. We think it might be because of the hint of Scritti Politti in the vocals, or the synth stabs sitting amongst the punchy bass, or the Labyrinth-soundtrack-like bells. Whatever the reason, Truise is teasing us with another storming release of retro Electro. 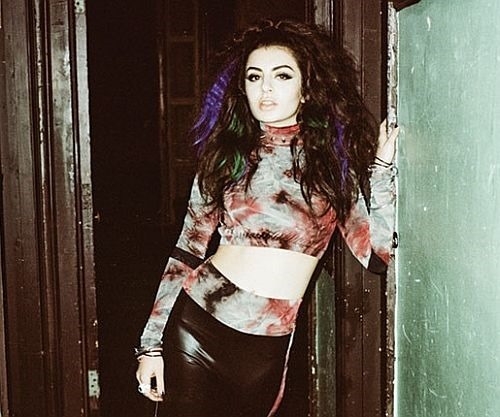 We always love it so much when two of our favourite artists, and one who we though would never be working together, end up releasing something. It’s gotta be said, left-field ElectroPop princess Charli XCX seriously knows how to pick her reMixers, Goldroom, Lindstrøm, St. Lucia now dark futurist master Com Truise, who lends his Terminator synth work to Charli’s current single, What I Like, from her pretty awesome début album True Romance.

Truise applies his retro Sci-Fi synths to What I Like, completely flipping the mood of the track until it reeks of dystopian romance. Swirling BladeRunner synths and vintage drum machine beats rise and fall amongst soaring leads and Charli’s whimsical vocal. Com Truise’s music has a certain seriousness to it, which counterpoints the XCX flippantness to create something entirely new. Great beats, great synths, great vocals. Great reMix.

Maroon 5. Yeah you heard us. Bet you never though you’d visit electronic rumors to find an article about Maroon 5, did ya? Honestly, neither did we, but the amazing Mr. Com Truise, SynthWave legend, had delivered a thoroughly awesome reMix of their track One More Night, that’s had us listening to Maroon 5 all day.

So, we have no idea what the original sound like, or if it’s new or old. What we can tell you, though, is that this track is pretty damn cool. The combination of Truise’s spikey synths and vintage beats with what are some surprisingly soulful vocals is pitch perfect for a dreamy SynthPop track. Truise manages to keep the Funk going amidst analog synth slabs and rolling arpeggios, meaning a track that could have sounded quite cold, feels warm and nostalgic. In this context the vocals are actually really enjoyable. Imagine if Maroon 5 really sounded this good. 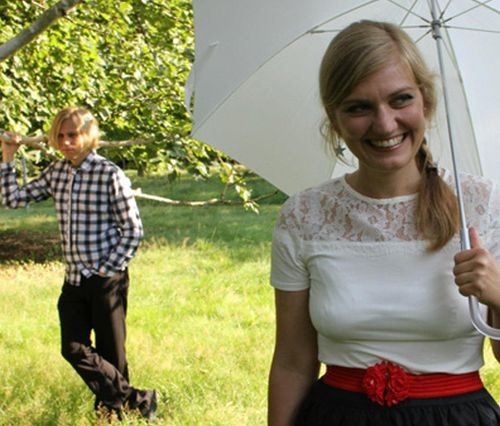 This is one of those track that just reading the title gets you excited.  Sally Shapiro reMixed by Com Truise! If ears watered with appetite, like your mouth, then the thought of  Sally and Johan Agebjörn’s blissful ElectroPop reworked by the master of SynthWave would leave drool on our lobes. Which is a pretty gross analogy, so let’s just say it’s a pretty exciting thought. OK.

The track is ace, Com’s reMix of the new Shapiro single, What Can I Do?, takes a funky 80s stab at the track. the Truise way, which is Boogie fuelled beats and basslines mixed with more cosmic, esoteric synth work is very much present here with a digital bass powering the track giving the rest of Com’s sound pallet free reign to swirl in and out of Sally’s vocals. The contrast between the thick Electro Funk and the ominous vocal manipulation & atmospheric synths make for a track destined for both the feet and the head.  Amazing retro synth goodness.

♫ Sally Shapiro – What Can I Do? (Com Truise reMix)

Sally Shapiro’s What Can I Do? is released November 20th on Paper Bag Records followed by the new album, Somewhere Else 26th February next year with contributions from Anoraak, Le Prix and Electric Youth.

American ex-ElectroPop waif turned “American singer, songwriter, model, and actress” (passable, but not really exceling at any one vocation) Sky Ferreira has a new EP out in November. The result of being tossed around from label to label, producer to producer, with no clear vision of her own, the Ghost EP, is the next chapter in her confusing, if occasionally  musically pleasing, career. Of particular interest is the lead track, Red Lips and it’s workout by Brooklyn’s king of SynthWave, Mr. Com Truise.

Truise mixes in the Post-Punk guitar of the original with his own vintage synth sounds, which sometimes makes for unusual tones, but luckily doesn’t last long before descending into a full-on collision between the Sci-Fi sounds of Com Truise and the husky vocal of Ms. Ferreira. Com gets busy with rolling analog synth arpeggios and rapid fire and he drags Sky into his dark future world. It;s a strange combination, but one that end up working really well.

Every Monday this summer Adult Swim have been giving away free singles. The likes of Flying Lotus, Wye Oak and Wavves have all contributed tracks so far.This week’s free release caught our attention, coming from one of our favourite producers, New Jersey SynthWave master Com Truise.

Mr. Truise’s Adult Swim single is Chemical Legs, a glitchy slice of retro robo-Funk that feature, for the first time, the vocal stylings of Com himself, albeit heavily vocoded for most of it. There is a chorus of the man singing though, he does quite a good job too.. It’s a twisted slice of electronica, Com’s trademark abrasive basslines and lush Sci-Fi synths sounding more staggered and fast attack arpeggiated than ever. But this isn’t a frantic a track as it sounds, it’s got quite a smooth, admittedly dark future, vibe.

Com Truise’s In Decay is out now.

This week SynthWave superstar Com Truise released his interim record In Decay on Ghostly International. We say ‘interim’, as it’s not his next album proper, it’s a collection of rarities that have only been available online in demo form, or not at all. Most of the track come from the pre ‘Cyanide Sisters’ era. While we wait with baited breath for this master of retro synthetics’ new album, this is the perfect way to pass the time.

The album’s opener, the appropriately titled Open, is one of the collection’s standouts and paves the way for a record that despite it’s original, isn’t some group of rough tracks, this is a proper Com Truise album. As skilfully executed and slickly produced as anything you’d expect from the Seth Haley. There’s no-one around really who’s doing SynthWave quite like Com Truise. There’s a lot of atmospheric SynthWave artists right now soundtracking a dystopian future, but there isn’t many producers mixing that up with a real vintage, gritty feel with influences that range from experimental electronica and B-Boy Electro. It’s quite a unique niche in the SynthWave pantheon that Com Truise has carved out for himself. Following Open is the blissful ‘84’ Dreamin’, a laid back, nostalgic, jam driven by heavy LFOs. The album dolls out, in equal portions, heaps of Cosmic Funk with the likes of Controlpop and Smily Cyclops and lush Dreamwave as head on Colorvision and, particularly, Alfa Beach. At times Haley descends into his own dark future world resulting in harsh electronic grooves such as Yxes, but overall the album is washed in those Com Truise right synth tones and soaring leads that we love him for. There’s even a hint of Synth/Post-Punk hybrid in the mix with Dreambender. In Decay does sound like older Com Truise material, but that’s no bad thing, merely a reminder of the Com Truise magic, and all the more reason to eagerly await his next move.

Com Truise’s In Decay is out now.