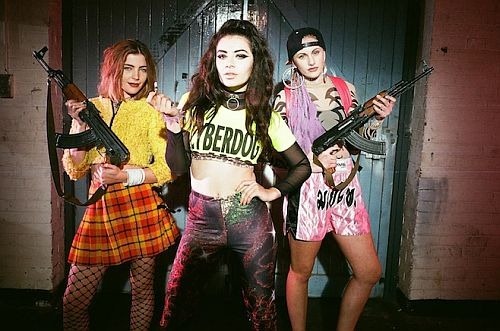 You may have seen us get a little giddy about this tune last week on Google+ and Twitter. It’s out girl Charli XCX’s new single, You (Ha Ha Ha), reMixed my the space Disco man of the moment Lindstrøm. Alongside the Goldroom reMix, this is the one we were most excited about, and it doesn’t disappoint.

A little more stripped down and Housey than maybe we are used to from Lindstrøm, the track nevertheless retains all the Norwegian’s Cosmic Disco charm. Sparse and Groove, with an almost Dubby swing to it, Lindstrøm’s remix creates a woozy electronic mood into which he drops in and out swirling synths and warping bass sounds. How he manages to get so ecclectic with his pallet and still keep the vibe fun and funky I have no idea, but he pulls it off. Add to this Charli’s top vocal and you’ve got a track that lives up to the hype.