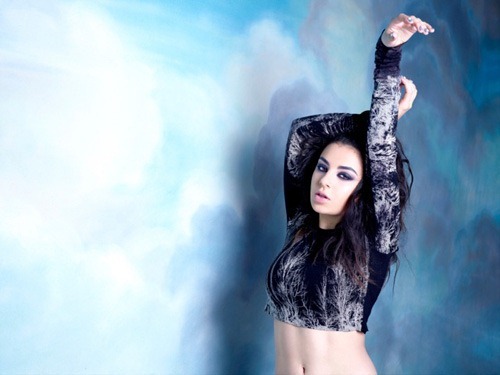 We’ve been rocking to this track all week. Premièred last Friday on Pete Tong’s Radio 1 show, we first heard wind of it the week before. Back before we heard it we asked Josh to describe his reMix in three words, his reply was “heartbreaking, lush, neon”. What more can you ask for in a tune? This is Goldroom’s reMix of Charli XCX’s ‘You (Ha Ha Ha).

So, it’s a combination we have been pretty excited about. It no secret to regular readers that we are particularly enamoured with Charli, and we’ve been following Josh’s career since the good old NightWaves days. Both very different artists, but if there’s one thing we love, it’s two different styles that we are big fans of coming together. Charli’s Gold Panda sampling You (Ha Ha Ha) gets the prefect Dreamwave treatment. Goldroom takes an abrasive, intoxicating ElectroPop track and morphs it into a nostalgic dream. Sprinkled liberally with a Disco groove, the reMix becomes a rolling wave of lush beats, a swirling cloud of intricate sounds, pinned down with an infectious piano hook. All of which lends a new inflection to Charli’s vocals, stripping them of some of their angst, gently bringing out the lament and enhancing the longing. Stellar remix.