Out next month is the first various artists compilation EP from Clair De Lune Records. This Belgian label hits the ground running with it’s inaugural release featuring work from Leach & Lezizmo, Lumoon & Rob!n and this luxurious tune from one of our favorite deep and dark producers, ATTAR!. ATTAR! weaves Deep House, Disco and EBM through his tunes and this new one, Love, displays all three with a silky finish.

Love serves up some classic House sounds; and then drags them to a mysterious, enigmatic, Sci-Fi space with haunting sounds reminiscent of early Detroit Techno. Amidst all these sweeping futuristic tones and tension building synth strings ATTAR! keeps things from getting to lost in the darkness of space with an infectious House groove. Deeper than Deep House, Love is a House oubliette, one in you’ll never get out.

Nearly a year on from it’s unveiling, Du Tonc’s Surging Memories is on the way to a full release, reMix package and all! The international duo of MiGHty mOUse and Matt Van Schie have picked one of their finest tracks for this, their first proper big release and amongst the luminaries chosen for reMix duties is Belgian synthesizer champion ATTAR!. Check out his version below.

As expected ATTAR! takes the track in a more robotic direction, but the man manages to leave the tracks soul intact. The laid back nature of the track allows ATTAR! to indulge in some heady Vangelis synths set to a warping sub bass. It’s a combination that has to be enjoyed loud. Taking his time to deliver the beat, ATTAR! builds the Sci-Fi mood before injecting a little Tropical sweetness into proceedings and making those cold dystopian tones get funky. Matt’s vocals glide over the track like they are looking down on the groove from on high. The whole thing is rather epic we think.

Belgian synth warrior ATTAR! returns this week with a brand new single. Once again showing off his electro prowess as he recruits Induce & Santana to drop 45 Days. Out now via Eskimo Records, the single comes complete with reMixes from Douze and Rob Made and an English version of the originally French tune.

But the reMixes have nothing on the sleazy SynthPop of the original. Pulling everything from Acid House to Italo into a slightly disco influenced mix, ATTAR! has created something akin to Visage meeting Jean-Michele Jarre produced by Phuture. As cinematic as it is groovy, Induce & Santana’s duelling vocals are the icing on the cake.

Belgian drum machine master ATTAR!’s latest reMix is released this week. As part of the reMix package for Coma Coast 1989/The Ritual double A-side, Renaud Deru injects a little strobe-light vibe into the ElectroPop release. Get ready for a hypnotic club stormer.

Going deep into the roots of House, ATTAR! serves up a little Chicago and a little Detroit in this warehouse collision. the machine beauty of early Techno meets the hedonistic groove of early House, replete with pulsating Bleep House basslines and doomy vocals. Taking the tunes title literally, this reMix perfectly conjures an underground late 80s mood, when the beats were raw and the bass heavy.

ATTAR! – M!X#16 = Kicking off the Belgian Electro master ATTAR!’s latest mixtape is his new reMix for Coma Coast, the mix then descends into an hour of pounding electronic grooves with a woozy Deep House flavour.

The Fool is the new single from Belgian synthetic Disco maestro ATTAR!. Released later in the month on Eskimo Recordings, The Fool is actually the début solo release from ATTAR!, ex-one half of Mustang, despite the fact that it seems otherwise. ATTAR! has been entertaining us with tracks, reMixes and mixtapes for months now, his last original release being the free Folivora Parade.

Featuring vocals from Cherry, The Fool walks the line between slowed down robotic Disco and Italo in order to deliver a steady tune that’s a brooding as it is funky. With a slightly Killer-esque bassline, heavy on the synths, the track serves up an almost 80s SynthPop feel that is just faintly brushed with a Disco groove to make it dancefloor palatable. Possibly the best of both worlds. The B-side, Colibri, ups the tempo somewhat for a jackin’ House jam that hit’s just the right floorfilling notes. The single comes equipped with a reMix from Pete Oak, definitely worth checking out. 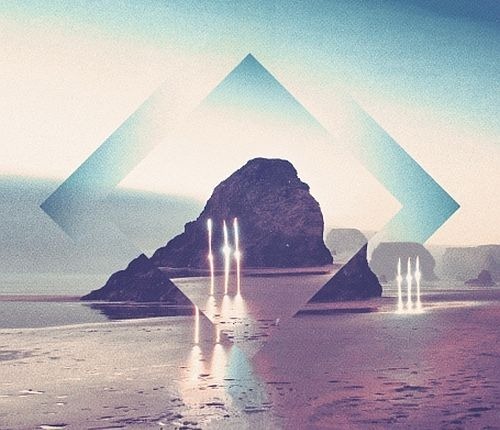 Here’s the next track from the reMix companion to Brooklyn synth wizard Chrome Canyon’s utterly amazing album Elemental Themes. Elemental reMixes is out next week and having heard the Chateau Marmont reMix of Elemental Themes big single Generations, we can now wrap our ears around this version of the mind warping Memories Of A Scientist by Belgium’s finest ATTAR!.

The track is a really interesting blend of ATTAR!’s robo-Disco House sound and Chrome Canyon’s proggy synth excursions. If fact, we’d go so far as to say that ATTAR! leans somewhat toward the latter for his adventures in 70s synth music. With all the drama of majestic SynthWave the reMix builds and builds, both musically and the tension, before launching into a Moroder-esque late 70s electronic Disco workout. Taking Chrome Canyon’s flair for vintage synth opuses and running with it, taking the originals Sci-Fi mystery straight to the dancefloor, and the result is stunning. Part vintage synth Disco, part 70s Sci-Fi TV theme, part prog rock solo, we’d be quite happy if all electronic music sounded like this.

ATTAR! – M!X#11 = ATTAR!’s new mixtape is in the house! Once again this month’s mix is a storming snapshot of what’s shaking right now. Get your ears round ATTAR!’s pick of the best disco and House around.

ATTAR! – M!X#10 = ATTAR!’s new mixtape has just dropped and it;s loaded with killer tunes. not the same old stuff you find on every mixtape, ATTAR! really digs deep into the worlds of Deep House and Disco grooves. This one really holds your attention.

Check out more from ATTAR! on Sound Cloud.

We dropped Aeroplane’s reMix of our second favourite Giorgio Moroder song, From Here To Eternity (MB Disco having already released a reMix package of our favourite, E=mc², great minds an all…), last week. Now the single is out in the wild take a listen to the released other killer tune, a reworking of the song from Belgium’s finest ATTAR!.

ATTAR!’s take on the tune is pretty different from Vito’s. Vintage analog Disco abounds, slickly combined with  a summery Tropical vibe. The track is actually a big of a schizophrenic beast, at times the Island percussion and chimed lead are total sunshine Indie-Electro, and at other times these big SynthWave chords power in morphing the tune into a dark Electro growler, and then there’s moments of pure House. Maybe in lesser hands this would have been a confused mess, but the many facets of the track are so skilfully handled by ATTAR! that strange bedfellows sound perfectly suited to one another. Just wait for the soaring solo to kick in. ATTAR! has done an amazing job here, creating a reMix both danceable and rousing. And, yes, it’s that picture of Moroder again, what?

Giorgio Moroder Vs. MB Disco: From Here To Eternity is out now.