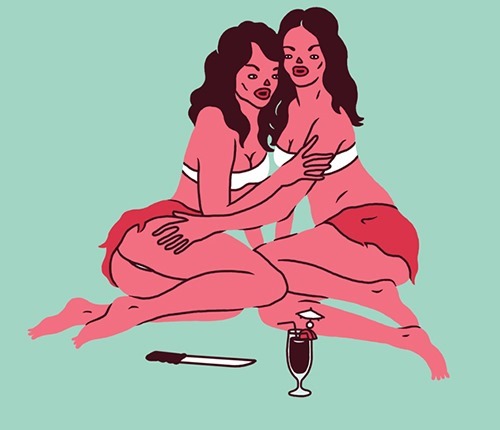 Australian Disco duo The Swiss released their latest EP last week. The follow up to their Eloisa EP, and again unleashed via Kitsuné Music, Kiss To Kiss is a classy DiscoPop epic backed with four storming reMixes featuring works from names such as of Breakbot, Pyramid and Amtrac. It’s a pretty impressive package, with each version taking on a life of it’s own. You won’t find four cookie cutter Disco mixes here, each one has a very separate identity.

The original version of Kiss To Kiss is a lush and opulent affair. Rich in Cosmic Disco synths applied to a 70s Mirrorballed arrangement. Canadian singer Roxane Ashley Aiston (from Cordova’s amazing Paradigm) lends her sweet voice to the track, her vocals gliding across the track like silk, rising and falling with the track, melding with the think synths to create something both Funky and pretty cinematic. This is epic DiscoPop right here. Amtrac does an excellent job of taking that vocal line and going all Deep House with it. Growling sine basses and 909 hats are the order of the day here as Amtrac weaves the surprise standout on the EP, a sure-fire club hit. Sci-Fi SynthWaver Pyramid plays up the bombastic nature of the track as he delivers one of his soaring Terminator version of the song. Gruff bass and cascading synths from a dystopian soundtrack dominate the track only to be tempered with some unexpected sweet Disco licks. We we’re half prepared to be a bored with the Breakbot reMix, he’s gotten a little samey of late, but subverting out expectation he turns is a massive vintage Cosmic Disco oddessy, loaded with electronic zaps and pows and a tough, but funky, analog bassline. Alongside an extended version and B-side Golden Century, this really is an awesome collection of tracks. Pity the cover artwork is truly awful though.

♫ The Swiss – Kiss To Kiss (Original)

The Swiss’ Kiss To Kiss is out now.

Buy The Swiss’ music from: 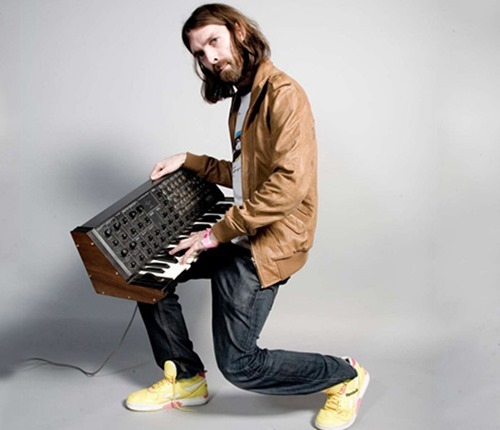 OK, so we quite like Breakbot, the early singles were mind-blowingly good at the time, but his début album was a little samey, if solid nonetheless. His latest single from the album is You Should Know, which came out last week and contains reMixes from the likes of Busy P & Boston Bun, Homework, Le Family and this cut from Australian groovers The Swiss which, frankly, blows the original out of the water.

This time the laid back live Disco is replaced with a storming bassline rolling underneath a huge Disco House tune that’s all about Rukazoid’s vocals and the piano. A killer piano hook and a brain melting synth solo are dangerous weapons in the right hands, and The Swiss certainly weld them with skill. The intertwining piano/synth solo is the track highlight in a track that is the highlight of the single itself. The Swiss really made this one their own.

♫ Breakbot (Feat. Ruckazoid) – You Should Know (The Swiss reMix)

Breakbot’s You Should Know is out now.

Last week, we tweeted and posted on G+ “If I was writing this week (as opposed to starting again on Monday) I would be writing about this!” in regard to Dimitri From Paris’ reMix of Breakbot’s Break Of Dawn. Since that tweet that track has received a fair bit of coverage, not least because it’s a free download, but we haven’t found anything in the past seven days that we would rather write about, so it gets a post anyway (even though, if you follow is on Google+ or Twitter you’ll have probably already heard it).

The last few months have been a revelation in respect to Dimitri From Paris, we’ve featured him a lot over the years on electronic rumors, but in 2012 he really knocked out socks off. The man has two tracks in our favourite reMixes of 2012, and I can tell you that was very nearly three, and it looks like he’s busting into 2013 in the same fashion. Break Of Dawn is the opener of Breakbot’s acclaimed début album, By Your Side. A gliding, slick, 70s Disco tune that, in Dimitri’s hands, become a late 80s ElectroPop monster. Funky digital bass and little Disco licks give it an Electric Soul vibe whist the B-Boy beat lends a necessary punch. A fantastic way to start the year.

Breakbot’s By Your Side is out now.

We all got hold of the surprising B-side to French groover Breakbot’s new single a while back. Now we can check out the singles lead track which sees Breakbot back together with Irfane and sounding a bit more like the Breakbot we all know and love.

‘One Out Of Two’ is a gorgeous slice of late ‘70’s synthesizer Funk which, like the B-Side, Programme’ sees Breakbot working some interesting instrumentation into his tracks. It’s some seriously smooth, lazy Disco with a uplifting catchy chorus. Also it sounds like a wacky late ‘70’s sitcom theme. The standout of the single is easily the reMix from LA Oliver themed duo Oliver, who consistently blow us away with each new track. Here they bring a sexy late night vibe to the track with that mix of Disco and Dreamwave that Oliver do best. Wicked Disco licks and strings sit next to bouncy retro synths as Oliver work the vocal and make it even more catchy than the original.

♫ Breakbot (Feat. Irfane) – One Out Of Two (Oliver reMix)

‘One Out Of Two’ is out today. 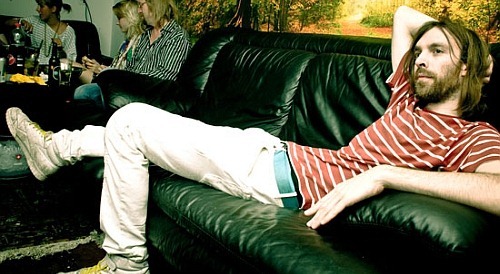 It has been far, far, far, far too long since there was some proper new Breakbot material. And now that there is, we find ourselves surprised by it. This track ‘Programme’ is the B-Side to his forthcoming new single, itself a precursor to the long awaited album ‘By Your Side’ which Ed Banger is set to released in September.

Surprising because, ‘Fantasy’ and ‘Baby I’m Yours’ this ain’t. But it does seem to follow the whole recent Ed Banger trend, they seem to ebb and flow into styles as a whole label, which is actually quite cool. ‘Programme’ kicks of in true Breakbot fashion with some slick disco with a raw bass and lush synth chords. Soon though, the synth snare from A Flock Of Seagulls’ ‘Wishing (If I Had A Photograph Of You)’ turns up and brings some epic guitar soloing in tow and the whole track turns into an unexpectedly experimental, but ultimately melodic journey through a beautiful arrangement. It’s a really good peice, maybe not quite the second coming some people are making it out to be but it is only a B-side, that has us very interested to hear what the new album holds. Musically, ‘Programme’ is a stunning peice of work, massive respect to Breakbot’s talent, it just caught us a little off guard. But that’s a good thing, right?

‘By Your Side’, Breakbot’s new album, is due out this September.

Nico drops his huge Disco sound right from the offset, keeping the song pretty much intact but heavily processing the vocals and increasing the layers of thick retro synths by a factor of a million. The track is just as Poppy as it ever was, but now ever more rooted on the dancefloor.

The next single from Chromeo’s latest LP, ‘Business Casual’ is going to be smooth-as-hell ‘When The Night Falls’, with a sweet reMix line up.

Alongside Lifelike and Hercules And Love Affair, will stand this low down Funk version of the track from Breakbot. The Frenchman does a stellar job with his track, bringing some classy Moog Funk to the table and smoothing over an already smoothest-of-the-smooth track. Do you know how smooth that makes it? I don’t even know if you’re ready for this level of smooth. Listen with caution!

Chromeo’s ‘When The Night Falls’ single is due to drop 25th July.

Breakbot and Ruckazoid’s ‘Fantasy’ is tearing it up right now, bringing it’s sweet Disco to the masses.

Enter Viceroy, to give it a cut-up disco workout. Viceroy has been dropping some choice tunes of late and this reMix continues his tradition of soulful summer grooves and the prefect start to yuo weekend. Get down!

Here is the official video for the single version of Breakbot and Ruckazoid’s ‘Fantasy’.

Tony Frontal directed this video that is as cheesy and sexy as the tune. It’s actually a pretty funny clip. Made me chuckly anyway.

Here’s a cool little video for the Jacques Renault reMix of  Breakbot and Ruckazoid’s ‘Fantasy’.