Old 45s is in our top two tracks on Funklordz Chromeo’s third album; White Women. Check out the brand new video for the song which couldn’t be more prefect.

Directed by Dugan O’Neal, the clip essentially just proves that Chromeo are pretty much the coolest people on the planet. HAIM and Napoleon Dynamite‘s Jon Heder get a look-in too.

There’s been a bit of hype about this forthcoming release from ‘mystery Disco supergroup’ Slam Dunk’d recently. It turns out Slam Dunk’d is Electro legend Arthur Baker with a little help from Al-P from MSTRKRFT; who have enlisted Chromeo’s Dave 1 for vocal duties for this début track No Price. This one’s huge, and will most probably be huge. Check it out.

No Price is classic Disco, so it’s no surprise to find out that it begun life in 1979 and the finished version soon to be released has got the feel of an Edit of a time-honoured track. Arthur Baker has had such a long and prolific career we can’t help but wonder how many other unfinished gems he’s got tucked away. Mixing up a little French Touch into the big strings vintage Disco sound Arthur baker has delivered a tune that pays homage to every generation of Disco. Dave 1’s vocals are the icing on the cake here, giving the track that little added slickness. Expect to be hearting this a lot.

Slam Dunk’d’s No Price is out soon.

Check out more from Slam Dunk’d on SoundCloud.

This, we imagine, is the last of our posts about Canadian funksters Chromeo’s Jealous (I Ain’t With It). Once the stems to a song like this are released into the world, everyone and their dog grabs those coat-tails. We already featured Ride The Universe’s amazing reMix of the tune, a slick laid back Disco stormer. At the other end of the spectrum sit our favourite Finn, Lenno, who takes the track straight to the big room. We’re not expecting anyone to do any better than these two, so case closed.

Taken from their new album White Women, Jealous (I Ain’t With It) was Chromeo’s first single from the album, but weirdly probably the album’s least-strong track. That is, before the likes of Lenno got their hands on it. As we’d expect from Lenno, he makes things truly massive with layers of hugs synths, perfectly produced, Building and building over a Boogie-esque bassline that gives the track a little Disco undertone, Lenno would have the dancefloor in the palm of his hand with this one. Dave 1’s vocals are just the icing on the cake here. We’ve got this on on repeat.

Picture the scene. It’s 2011, a sunny May. We’re still using  Five months earlier LA’s finest Dreamwavers Fiero (now Leisure Council) had teamed up with German Nu-Disco powerhouse digitalfoxglove. Calling themselves Ride The Universe they’d gained a little attention with a handful of slick reMixes, but nothing would prepare the world for what was to come. 11th May they unleashed a reMix of Canadian Funketeers Chromeo’s Hot Mess that was so massively awesome, floor slammingly funky, so relentlessly badass, that it still had the power melt brains three years later. It’s one of our favourite reMixes of all time, it set the tone for the trademark Ride The Universe sounds, and it’s why we fell in love with them.

Seconds out! Round Two! They’re bringing it back, Delivering their Chromeo reMix: the sequel, the Ride The Universe boys has got to grips with Chromeo’s recent single, Jealous (I Ain’t With It) (taken from their really quite good new album, White Women) as part of the currently running reMix competition. The prize is cash, and these four deserve it for two very good reasons. Firstly, they’ve never met, some of the prize money would go toward shipping digitalfoxglove off to LA to actually meet his band-mates and get to work on that damn album; and secondly some of the prize money will be donated to a kid’s music education charity. Sounds like a worthy cause to us. The reMix itself is pure smoothness. A blissful LA Funk vibe permeates every pore of this tune; working it’s laid back squelchy synths around Dave P’s vocals, creating an urban late night groove for the more discerning dancefloor. Complemented by starlight chimes and a sauntering rubble of bass, this one’s got everything to swing to under the city lights. Vote for this bad-boy here, never has there been a more deserving reMix competition winner.

♫ Chromeo – Jealous (I Ain’t With It) (Ride The Universe reMix)

With the recently premièred Jealous (I Ain’t With It), Canadian Funkmasters Chromeo showed off the opening track of their long awaited new album White Women. Now the DiscoPop anthem is out and about in video form.

Another slice of Chrome humour; you have to love how much these guys don’t take themselves seriously. Reverend Dave 1 presiding.

We’ve got another new one right here from Canadian Funkmeisters Chromeo, the opening track of their forthcoming new album, White Women. The track, Jealous (I Ain’t With It), adds a little retro Indie flavour to their thick synth funk, keeping things as tongue-in-cheek as ever.

Kicking of with that laid back guitar chug, the trademark Chromeo bass and fat vintage synths soon make an appearance. The Chromeo wit is present and correct; as Dave1 put is ““Guys are all schmucks, let’s face it. I don’t know why music constantly extols this fictitious macho fantasy persona — we’re all just puny insecure oversize children. And it would be funnier to embrace it.”  as the duo turn in an utterly infectious slice of Disco soaked power Pop. Roll on the album.

Ever feel like you’ve waited your whole life for Grum to reMix Chromeo? Well wait no more, the man had taken Chromeo’s new single, the Toro Y Moi featuring Come Alive and gone massive! We’re still getting down to Le Youth’s take on the track, but this one has just gone straight to the top of our favourite tracks of the year so far list.

A swirling symphony of uplifting synths, this reMix comes loaded with so much energy that it’s hard not to get carried away with it. Blistering apreggios and rich pads cascade out of the speakers, perfectly complimenting the original’s vocals. This is a peak time, big room, floorfiller that is destined to give thousands goosebumps. 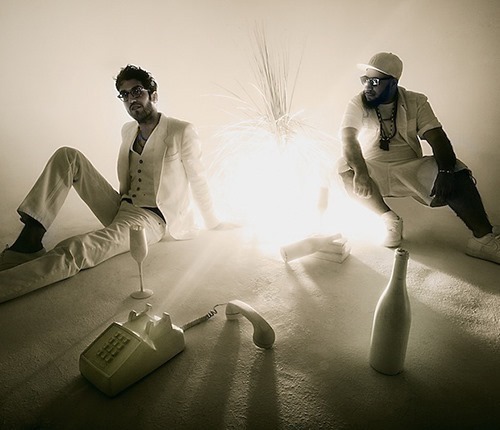 Chromeo and Toro Y Moi’s awesome new single Come Alive is barely out and the reMixes are starting to flood in. Luckily, at the forefront of the wave is LA Disco master Le Youth, himself gearing up for his new single release, Dance With Me. Expect big things when these two funky powerhouses meet.

Le Youth takes the track in a frantic old school House direction, with a hint of his Disco roots. This ones a peak time crate filler to whip the crown into a frenzy. Cut-up vocals form the original are liberally unleashed on rough synths and an infectious piano hook, which the whole combination riding over a classic 90s House beat, shuffling hi-hats and all. The reMix builds and builds, creating a hyper energy until the squelchy solo finale.

It’s everything you’d expect from a Chromeo video. Directed by Alex Southam, the clip is a retro romp with a hint of Mannequin about it. 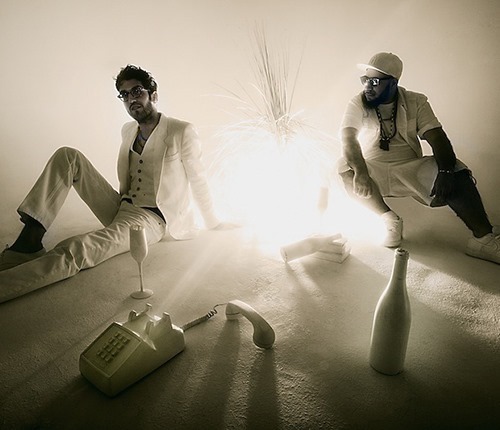 So, we were probably not going to post about this track, it’s over a week old and has been done to death on the internet. But, frankly, after such a long holiday we needed to ease ourselves back into things. Also, it’s fucking Chromeo and Chillwave superstar Toro Y Moi, how could we leave that alone? It’s the next teaser single from Chromeo’s forthcoming fourth studio album White Women, following Over Your Shoulder and Sexy Socialite; and frankly the most exciting thing we’ve heard from the new record so far.

Where the first two singles piqued our interest us, it’s Come Alive that really sets up White Women as one of our most anticipated released of 2014. A crystal clear slice of Disco Soul that sounds as classic Chromeo as anything they’ve ever done. Pure retro Funk Pop, Come Alive rides a wave of feel-good vintage groove, buoyant on a raft of shimmering synths and inquisitive slap bass. Chaz Bundick’s vocals nicely compliment Dave 1’s own voice as they take-turns with verses which give the track that back-and-forth feel that some of the best Chrome tracks always crafted between Dave & P. A slick-as-hell primer for White Women.