Dutch Disco don L’Equipe Du Son, still riding high on his recently released Transmissions album, is gearing up for the release of that records first single featuring the tracks Le Rocker and Snowballing and a whole host of reMixes. We already hit you with Emeron & Fox’s take in Le Rocker last month, so let’s check out two of the single’s other highlights featuring work from one of our favourite Parisian producers Moustache Machine and Germany’s finest, Final DJs.

Moustache Machine works his slick French groove on Le Rocker and morphs the track from a rough Electro stomper into an enticing robo-Disco floorfiller. Powered in equal parts by a driving, arpeggiated Italo bassline and a twisting Continental synth Funk hook. Working each element perfectly, Moustache Machine whips up a cyborg Disco storm that just keeps assaulting you with layers of intertwining melodies. Final DJs take on Snowballing and bring their synth love to the table on full effect. The SynthWave duo keep it steady and deliver waves of lush, warm synths and irresistible vintage beats. It;s a packed reMix package, six tracks, that makes a great compliment to the album.

L’Equipe Du Son Transmissions is out now on Silhouette Music. The reMixes are released 6th May.

Here’s a new reMix from Brooklyn based SynthWavers Emeron & Fox. This time they’ve turned their attentions toward Dutch Nu-Disco producer L’Equipe Du Son, still riding high on the success of his recent Transmissions album. Taking one of the albums highlights, Le Rocker, Emeron & Fox whip up a floaty synth Disco tracks to mesmerise you.

This one’s got all the makings of a quirky floorfiller. Counterpointing a rolling, bouncy bassline with layers of playful melodies, Emeron & Fox aim to move your feet, but keep it fun. Every so often the track will surprise you with a new riff, or a new take on the riff playing, keeping the tune like a funky, ever evolving dream. Possible their funkiest track  to date, this reMix’s groove just keeps on going.

L’Equipe Du Son Transmissions is out now on Silhouette Music. 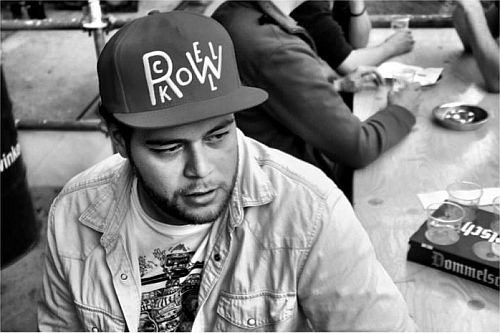 It’s been about a year since the release of Dutch SynthWave and Nu-disco producer L’Equipe Du Son released his début album, Supersonic. We’ve been writing about this guy for a while now and eagerly awaiting his second full length offering. Transmissions, his sophomore record sees L’Equipe Du Son taking a slightly harder route, injecting his laid back Boogie with some tough Electro elements and influences as wide ranging as Acid and House.

There’s nothing on Transmissions as overtly retro as Playground Rebels, instead we find fifteen tracks of synthesizer Funk with gritty dancefloor edge. The album is interspersed with skits and interludes that create a nice cohesion to the collection, but from the first proper track, Transmission 1 Le Rocker, with it’s cut-up Disco and grinding synth leads you get a sense of what you’re in for. Taking the rough Dirty Disco leads to an Acidic extreme whist keeping a huge French Touch groove going. This is swiftly followed by Supermarche, wich sees L’Equipe Du Son’s SynthWave roots shine though with warbling basslines, stabbing vintage chords and electro tom rolls. L’Equipe Du Son the proceeds to hit you with all the colours of the dance music rainbow. C’Est L’Equipe Son! is fairly standard Nu-disco, Beauty Is The Light delivers full-on Chicago House and Lesson 2 swings back to an explicit filtered house groove. But it’s when L’Equipe Du Son strays from the standard Disco path that this album rally shines. Little Maniacs is a gruff Disco tune with more than a spoonful of Industrial Techno while Love Connection is the albums concession to pure SynthWave, a rolling synthesizer epic, providing the album with some much needed soloing. The album closes on Transmission 2 Snowballing and Falling Down, two tracks that send off the record by returning it to it’s hard hitting beginnings as the synths get turned up to eleven for the finale. Transmissions is a solid release, a bit of a departure from the urban Boogie of Supersonic maybe, but storming enough for any dancefloor.

Dutch master of all things retro Electro, L’Equipe Du Son releases a new EP this week. It’s a collection of tracks from earlier in the year and serves to tide us over while we wait for the man’s second album, The Odyssey Project, to be released in December.

Indian Laserdisco is the title track of the EP, and it’s a massive mixture of early ‘90’s House and ‘80’s Electro Boogie. With an infectious hook and some huge, piecing synths, Indian Laserdisco places a House beat next to Electro Funk percussion and bassline with a House riff and choppy samples that will stick in your head. Magic Johnstien keeps the House vibe going with a relentless piano riff that revolves around the track and it’s Disco samples until it burns itself onto your brain. All-in-all more Housy than we are used to from L’Equipe Du Son, but additively funky nonetheless.

Brooklyn SynthWave export Emeron & Fox are gearing up for the release of their new single later this month. If’s been a few months since their début, Dopecity, and this new release, Nightmares, sees a maturing of their sound and a massive collection of reMix talent.

Nightmares features American Indie-Pop singer Bit on vocals and is a rich, evocative SynthPop track that gently creeps along on spacious synths and distant cutting analog growls. Bit’s calm, husky voice tempers the eerie soundscape, all ties together with vintage machine drums. There is a ton of reMixes by some of the best producers out the. Swedish Nu-Disco trio Monitor 66 delivers a slow House jam. loaded with smooth laid back vibes and a ton of funk. The Dutch king of Electro Boogie L’Equipe Du Son’s take on the tune is suitably packed with B-Boy basslines. It’s a Nu-Disco stormer with a late ‘80’s electronic Soul feel and a sprinkling of 16-bit sounds for good measure. Follow Me drop a thick retro synth mix with a robotic Disco feel. Germany’s finest Final DJs drop one of the single standouts with an upbeat SynthWave track that keeps it’s energy levels up with wave after wave of sparkling melodies. Nightmares sees a definite advancement of Emeron & Fox’s sound, we can;t wait for the next instalment.

‘Dopecity’ is the forthcoming new, and début, single from the awesome Emeron & Fox. Released via Silhouette Music later in the month. We’ve been keeping an eye on these guys for the last few months even since they came onto our radar so we definitely agree that it’s about time for this Brooklyn based duo to start properly releasing stuff and I can’t think of a better partnership that with Silhouette.

‘So what can we expect from ‘Dopecity’? It’s a pretty classic SynthPop track with slight Nu-Disco overtones. Based in bass, the track revolves around it’s undulating and buzzing bassline. Layered on top are some rich retro synths and some haunting female vocals that despite being layered and quite ethereal end up being surprisingly catchy. The track is a nice mix of retro and contemporary and a nice premiere single. reMixes come from The Legendary 1970 Orchestra, L’Equipe Du Son & Follow Me. L’Equipe Du Son’s take on the track  is a deep Disco groove with some nice House topping. Rocking the ring modulator L’Equipe Du Son created a humming synthetic Disco tune with slowly moves along it’s hypnotic vibe to a multi-layered finale. Follow Me’s mix is a sweet, light, SynthWave track that is uplifting and infectious. Full of Funk and sweeping retro synths I think this version is the standout for us.

Emeron & Fox’s ‘Dopecity’ is released 21st May on Silhouette Music.

Check out more from Emeron & Fox on SoundCloud. 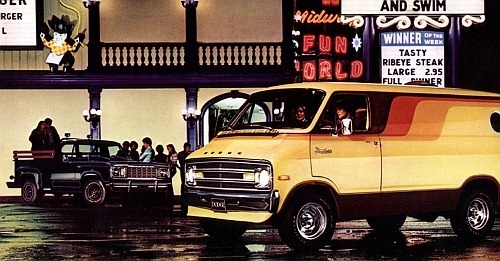 This week sees the release of Dutch Nu-Disco & SynthWave producer L’Equipe Du Son’s début album. ‘Supersonic’ is, in part, a compilation of all the awesome stuff he’s been releasing over the past couple of years, but with a few surprises thrown in for good measure. Prepare for ten track of some of the slickest retro Disco around.

The album kicks off with the smooth Disco primer and possible L’Equipe Du Son’s best known track, ‘Lesson 1’. It had to really, and it makes a rad into peice as well as being cool laid back Disco in it;s own right. It sets up the album nicely for a collection that swings between early 80’s Funk numbers like ‘What You Do To Me’,  the sweet electronic Soul of ‘Do You Want Me’ and ‘Love Will Find a Way’ and flat out SynthWave gems in the form of ‘Gina’ and of course, one of our favourite tracks of the month, the breakin’ ‘Playground Rebels’. Taken as a whole, and a document of L’Equipe Du Son’s recent output it’s hard not to wonder why he isn’t a bigger name, there’s a lot of bigger producers who couldn’t fill an album so consistently, to such a high quality. And whilst the album is quite varied in it’s approach to Nu-Disco, from smooth Funk to full on abrasive Electro, there’s an across the board sound too. L’Equipe Du Son likes to drop some 8-bit sounds into the mix and favours big retro chord stabs in combination with Italo basslines. All amazing elements that in, L’Equipe Du Son’s hands become SynthWave gold. If you’re into Nu-Disco or SynthWave you might well already have many of these tracks, but they are definitely worth revisiting as a complete body of work.

L’Equipe Du Son’s ‘Supersonic’ is out now on Silhouette Music.

Later this month Dutch vintage Disco and synth outfit L’Equipe Du Son release their new single ‘Playground Rebels’ on Silhouette Music. I’ve really loved L’Equipe Du Son’s releases so far, but this may just be the best one yet. Strap in for some 80’s awesomeness.

‘Playground Rebels’ is a bright shiny slab of Electro Boogie that nicely mixes up a retro ElectroPop flavour with an undercurrent of B-Boy Electro (and a nice Wild Style sample). The track rests an a Breakin; beat and some positively huge synth stabs that have just the tiniest bit of swing. A killer, nostalgic, track. The reMixes are hot too. There a slow Disco jam from Alphabet City that feed of the swing and goes deep and dark with it along with Dynamicron. The pick of the reMixes though is 80s Stallone, who brings an Italo vibe to the track with an arpeggiated bassline Moroder would have been proud of. Interestingly, Mr. Stallone mixes up the lead line a bit, to twist the mood and let’s his own leads weave in and out of the track organic way.

Released next month on Silhouette Music is the new EP from SynthWave maestro 80s Stallone.

The ‘Beach’ EP’s title track is a thing of pure joy. Waves of nostalgia wash forth from vintage synth sounds creating this feel good, slightly Italo, vibe. I don’t know whether it’s the bouncy mid-‘80’s bassline or the SynthPop melodies, but there’s just something about this track that captures everything we love about retro synthesizer music, and put a smile on our faces while it does it. We covered the Jan Hammer-esque flipside a few months ago Cliffhanger and love it even more now. the rest of the EP is filled with some awesome reMix work from L’Equipe Du Son, who turn the title track into a night drive pulsar with a slight Psy Trance feel in the burbling riffs, and and some really smooth, laid back, electronic Disco from The Legendary 1979 Orchestra.