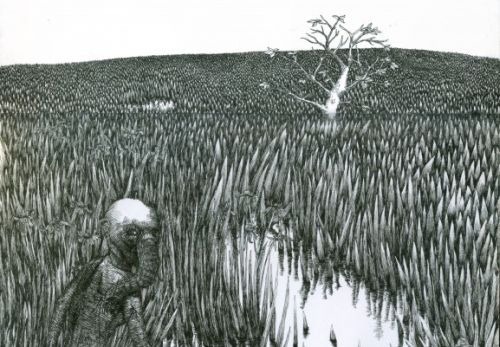 Here’s a reMix of Brooklyn SynthWavers Emeron & Fox’s latest single, the pretty awesome Nightmares, with those haunting vocals from Bit, that didn’t quite make the reMix package. Swedish Nu-Disco trio Monitor 66 already had one reMix included in the release, but in addition to that they cooked up this moody Techno version of the tune.

Monitor 66 choose a good medium to convey the mysterious feeling of the tune, in fact this version of the song is even more enigmatic than those found of the single. The deep, hypnotic bass and shuffling Techno beat intertwine with Bit’s ethereal vocal to creature something truly dreamlike. A Swirling synthetic Nightmare with an infectious groove.

Emeron & Fox’s Nightmares is out now.

Brooklyn SynthWave export Emeron & Fox are gearing up for the release of their new single later this month. If’s been a few months since their début, Dopecity, and this new release, Nightmares, sees a maturing of their sound and a massive collection of reMix talent.

Nightmares features American Indie-Pop singer Bit on vocals and is a rich, evocative SynthPop track that gently creeps along on spacious synths and distant cutting analog growls. Bit’s calm, husky voice tempers the eerie soundscape, all ties together with vintage machine drums. There is a ton of reMixes by some of the best producers out the. Swedish Nu-Disco trio Monitor 66 delivers a slow House jam. loaded with smooth laid back vibes and a ton of funk. The Dutch king of Electro Boogie L’Equipe Du Son’s take on the tune is suitably packed with B-Boy basslines. It’s a Nu-Disco stormer with a late ‘80’s electronic Soul feel and a sprinkling of 16-bit sounds for good measure. Follow Me drop a thick retro synth mix with a robotic Disco feel. Germany’s finest Final DJs drop one of the single standouts with an upbeat SynthWave track that keeps it’s energy levels up with wave after wave of sparkling melodies. Nightmares sees a definite advancement of Emeron & Fox’s sound, we can;t wait for the next instalment.