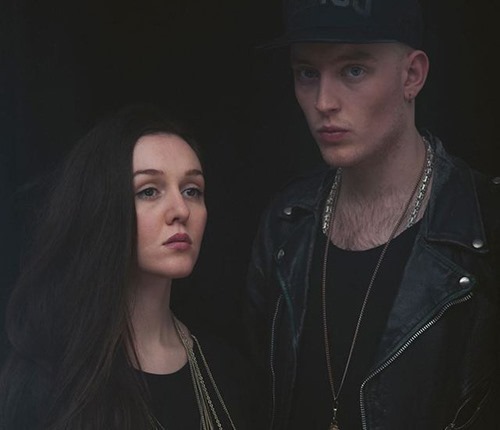 Whoop! There’s a new tune from Brighton based ElectroPop experimentalists IYES. Last year this duo really did the business with a string of tunes, such as Breathe and Toys, which were not only catchy and compelling, but also interesting as hell. These guys have a new EP (the first of many to come), as they put it, brewing; and right now you can have a taste of what to expect from the forthcoming release in the form of the first track to be taken from Part One. This is So Crazy.

So Crazy takes it’s time to get started; rocking a minute of intro, an effected vocal and synthesizer brap that eases it’s way into IYES return to ChipTune sounds and an introspective vocal. So Crazy fills itself with IYES particularly unique blend of Future R&B, Bass and ecclectic electronic sound, wrapping you in a smokey and enveloping groove. Vocals spark with passion while the duo use abrasive synthetic sound in a way that creates beauty. We’re very much looking forward to the EP, and the EP after that, and the EP after that…

IYES’ Part One EP is out soon.

Black Magic Disco – Disco Summer = Inspired by the first hints of good weather of the year, Black Magic Disco has put together a sunshine soundtrack crammed full with some of the hottest tracks around right now. This one is an hour of power indeed.

Here we have our second teaser of what to expect from the forthcoming début album from Maya Jane Coles dubby alter-ego; Nocturnal Sunshine. Single number tow is called Believe and features vocal work from Chelou, who is described as an ‘elusive newcomer’. The album, self-titled, is due out toward the end of this month.

Believe is more of the ominous fantasy Dub we’ve come to expect from Maya’s Nocturnal Sunshine work. Bass heavy and loaded with heavy tones, the track draws you into it’s Stygian depths with undulating rhythms and a pairing of Maya’s trademark haunting snyths with a lead line that cuts through the mix. Chelou’s vocals drift across the track like smoke; husky, brooding and softly spoken, which fits the mood of the track perfectly. We’re quite looking forward to the long player here.

Another full length record in on the way from Ms. Maya Jane Coles. Her 2013 album Comfort is still in heavy rotation around these parts, amazing body of work that it is; and this year we will be treated to the début album from her Dubby alter-ego Nocturnal Sunshine. The first track taken from the self-titled release, due out in May, is Take Me There.

Take Me There deserves to be played on a big rig. Driven by the subs and a shuffling beat, the track is liberally layered with modulated vocal snatches and MJC’s trademark enigmatic synths. Cole’s has always has one foot in Dub styles, from right back in the She Is Danger days, and on Take Me There she revels in her bassy influences, delivering a mesmerising Dub groove and waves of hypnotic tones. This one gets under your skin.

♫ Nocturnal Sunshine – Take Me There

Nocturnal Sunshine’s self-titled début album is released 25th May on digital with a vinyl release coming on Record Store Day. 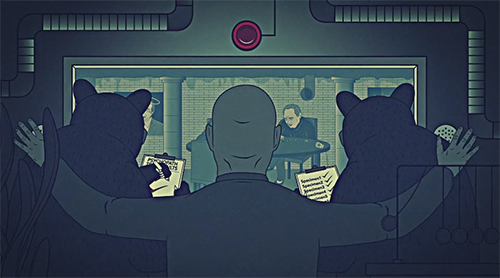 Check out the Dub-wise new single from The 2 Bears, Hot Chip’s Joe Goddard and Raf Rundell, featuring some toasting skills from Stylo G taken from their forthcoming new album, The Night Is Young.

Check out the video for the track, a sweet animated clip with a serious message.

The 2 Bears’ The Night Is Young is released 13th October.

Buy The 2 Bears’ music from: 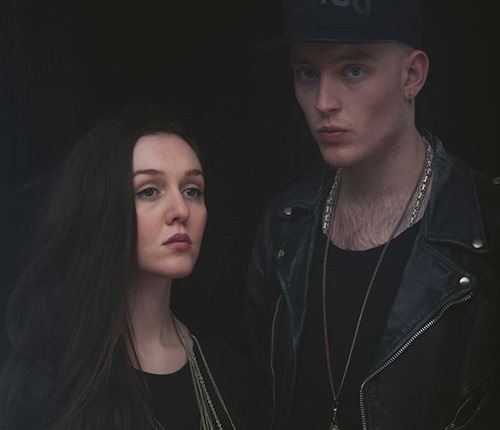 Toys, musically, borrows heavily from Dub, with echoing purcussion and a heavy heavy bassline, and brings those elements to a nice post-Chillwave setting. This is modern Pop music it it’s most intelligent. The vocal hooks in this track are pure Pop gold, but set to a heady concoction of intricately constructed musical elements that range from to Deep House to ChipTune and polished with an otherworldly vibe that let you just sink into it. 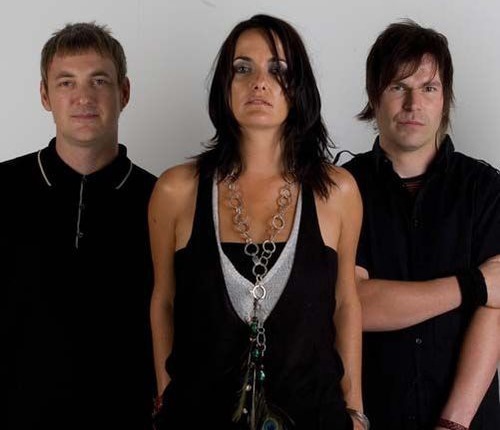 Of the many many thing to be proud about the city of Bristol, near the top sits Kosheen. ElectroPop, Drum & Bass, Electro, Breakbeat, Trip-Hop chameleons, Kosheen have left a stunning back catalogue behind them over the last fifteen years with Sian, Mark and Darren consistently delivering quality, intelligent Dance music with soul. Cue their forthcoming fifth studio album, Solitude, and it’s lead single, Harder They Fall. Released at the end of November, Harder They Fall comes equipped with three storming reMixes, have a listen to the Radio Edit and one of the mixes right now.

Harder They Fall is both dark & haunting and a post-Rave, UK House floorfiller. It’s like Kosheen of old, driven by Sian’s smokey vocals, with a twist that would see them fitting in perfectly in summer 2013 clubland. Musically, the track is a selection of tough beats, thought House basslines and tough leads, all tempered by silky smooth production and morphed into a noir Pop song by Sian’s croon. Most of the reMixes come straight out of the Kosheen camp. Well, if you’ve got that many alter egos, why not?  Mark and Darren in their guise as Kosheen DJs deliver a rugged UK House track the loads itself with abrasive riffs swirling, spacious, synth growls but overall eschews a gritty sound in favour of  bringing a hypnotic tone to the track. The alter-ego that first brought Mark and Darren to our attention, that of Drum & Bass legends Decoder & Substance lend the single a distorted, bass heavy, Dubby vibe, with hints of Experimental and Industrial leanings. Their reMix draws you in with it’s relentless cloud of noise, pulsating synths and hammered purcussion. We would kinda’ say that Harder They Fall is a return to form for Kosheen, but honestly, they have never wavered from excellence. It is, however, an awesome single. 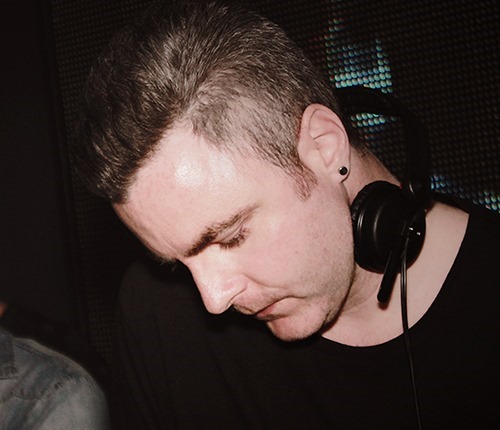 Black Magic Disco – Mixtape 006 = Start your weekend off with a bang with Black Magic Disco’s latest workout. A whole hour of Deep House and Garage grooves, a soulful, pumping collection of late night and warehouse jams to get you in the mood.

Also new on the cards is this reMix Black Magic Disco has served up of American House duo Movable’s début record, Bend The Light. This one properly shows of the Black Magic Disco magic, mixing deep, solid, basses with woozy synths to create a hedonistic, warehouse, groove that wears it’s House and Garage music heritage on it’s sleeve. Another instant classic floorfiller from Black Magic Disco. 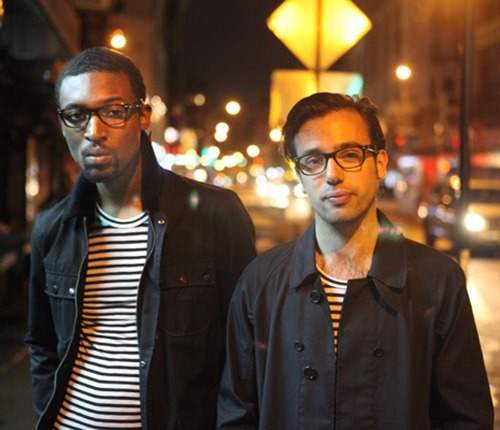 digitalfoxglove tunes. Like busses, if you’ll excuse the cliché. You wait for ages for one then two come along at once. Pulling up to the rear of yesterday’s Daytona comes DFG’s ReDub of The Knocks and St. Lucia’s awesome recent single Modern Hearts. Take your Disco hat off though, this one is going to get deep.

Italo Dub, if you will (and we do!), this reMix get under your skin with a relentless hypnotic groove. Quite Techno in places, the synthetic arpeggios and machine drums pounding out a mid-paced rhythm create an unwavering core for the track. Heavily modulated snatches of the original’s vocal float in and out of the track alongside Dub-like effects bringing a slightly unsettling vibe to the track. It’s no-less compellingly funky though.

The Knocks’ Modern Hearts is out now.