Complete surprise! Out of nowhere, pioneer of the Dreamwave and SynthWave sound, and Valerie collective O.G., Maethelvin has released an album! Save for a solitary track in 2013 we though we’d heard the last from one of our favourite artists of the time back in 2012. Maethelvin was a staple of the Valerie crew since the beginning, back in 2007 but never properly released anything other than a limited edition 7” with Stephen Falken. His new record is called CS005, being part of Valerie’s Composer series and is out this week. The album pretty much collects all his original tunes, some previously hard to find, in one place; we’re so excited to be listening to a full length record from this guy.

Lost In A Big City originally appeared on the absolute legendary classic compilation album Valerie And Friends back in 2009. Quintessentially Dreamwave, this is the prefect example of the sound that stared it all. Punchy beats and gritty, cinematic apreggios drive this powerhouse of a track underneath catchy little Synth Funk melodies. Walking the line between abrasive, high-octane Electro and Disco-fuelled SynthPop, Lost In Big City exemplifies Maethelvin’s, and the original SynthWave, sound

Maethelvin’s CS005 is out now.

One of the original pioneers of the Dreamwave and SynthWave sound, French producer Maethelvin has suddenly jumped back onto our radar with a brand new track. The old school Valerie member has returned out of nowhere with As We Were, a track that takes us back to the heydays of the Valerie/Dreamwave scene.

Lush space age synths wash this track. As We Were is a glorious slick of electronic nostalgia. With a subtly funky bassline to underpin proceedings, As We Were treats you to classy chords and pin sharp leads conjuring moods of days gone by. Not just reminiscent of 2007’s SynthWave explosion, but laid back 80s movie soundtrack work and Sci-fi Disco. We’re hoping this is the start of s resurgence of activity from Maethelvin, we’d love to hear of an album on the horizon. 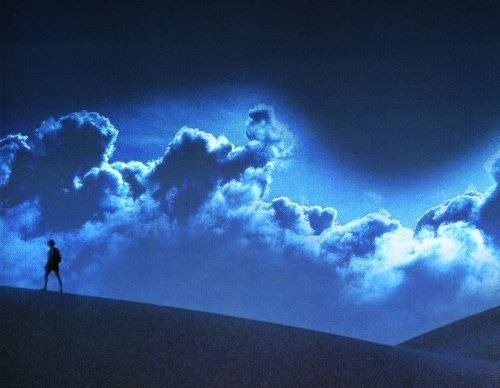 Révélation is the first track to break ground from Valerie head honcho and Dreamwave/SynthWave pioneer College. Yes, there’s actually a new College album on the way, because y’know, it’s not all about Drive. Heritage is released in April and, a few testers aside, Révélation is out première glimpse of what to expect from the new record.

Révélation definitely has a classic Valerie sound to it. A dreamier side to SynthWave we haven’t seen in a while, the haunting chimes and low rolling pads don;t really crop up in the genre these days where it’s all about driving fast, or whatever. Révélation goes a different route and reminds us what moods SynthWave originally crafted. Nostalgic, but fresh, this track carries you along with it’s pulsating bassline into it’s hazy clouds of ringing melodies. We’re very interested to discover what the album holds.

College’s Heritage is released 2nd April worldwide, but you can pick up the very limited edition white vinyl right now.

There is, apparently, a new EP from Dreamwave pioneers and Valerie O.G.s The Outrunners on the way. In the mean time check out this amazing four track EP from Forgotten Illusions. Forgotten Illusions is the new side project from PDLT, on half of The Outrunners, and on the Crystal Contour EP he puts even last drop of his SynthWave credentials to the best use.

The Crystal Contour EP was released as the third volume in Valerie’s Composer Series and it’s four tracks make up some of the best SynthWave we’ve heard in a while. The EP’s title track is a masterclass in emotional Italo. Driving synthetic basslines and powerful retro chords build the tracks core, creating the prefect canvas for some galactic synth sweeps and truly rousing melodies and leads. Twelve, our other favourite of the four, is another example of pure brilliance in the felids of Italo and Dreamwave. The mixture of relentless arpeggiated basslines and beautiful electronic melodies is pitch perfect here. It’s a track that’s equally haunting and groovy, which is all you can ask for really. Forgotten Illusions début EP sees the return of a major talent to the genre, we suggest you pick up all four tracks right now.

College – License To Dream Mix = Do you sometimes miss the heyday of Valerie? I sure do, not that there isn’t tons of awesome Dreamwave and SynthWave around right now, but in the early days of Valerie there was a certain vibe going on, like this was what we’d all been waiting for. Valerie main man College shows us that things ain’t over yet.

Fear Of Tigers – ‘The Guestlist’ 06/05/2011 = The week Fear Of Tigers’ special guest is Valerie Collective head honcho, and the man behind College, David Grellier and in a fit of insanity Fear Of Tigers invited me back on the show to pick my big tune of the moment, which had to be Ride The Universe’s reMix of Chromeo’s ‘Hot Mess’, alongside the usual best of ElectroPop, Dreamwave and Nu-Disco around.

As you probably know Ben from Fear Of Tigers ran the London marathon a while back to raise money for WSPA (World Society for the Protection of Animals). We’d like to extend our congratulations to Ben for an amazing job, you can read about it in this blog post, and there’s still time to get in with a quick sponsorship if you’re feeling charitable, check out his Just Giving page.

Buy Fear Of Tigers’ music from:

No idea why I didn’t get around to posting this earlier. Here we have Uncle TNUC’s awesome diamond themed video for Valerie members The Outrunners’ ‘Diamonds’. As usual TNUC takes everything we love about the 80’s and distils it into six minutes of pure, uncut, awesome.

And that ending had to be done really!

Get your ears round the new reMix of Pacific!’s ‘Unspoken’ by Valerie’s top player Anoraak.

‘Unspoken’, taken from Pacific!’s amazing sophomore album, Narcissus, is getting a single release backed with reMixes from the likes of Santiago & Bushido, Moonlight Matters, Alex Gopher & Pierrick Devin and this Anoraak mix. Taking El Perro Del Mar’s vocals, that tell the story of  Echo, who is rejected by the vain Narcissus and left pining for him, but with her love unanswered, she slowly withers away until only her voice is left, and putting it to Anoraak 80’s flavoured Electro works seems a stroke of genius. Anoraak’s smooth tunes are already soundtrack inspired so seem to flow perfectly with a narrative track like this.

‘Unspoken’ is out soon on Alan Braxe’s Vulture label.

More from the Valerie crew!

One year on from the Valerie and FreeDanger double A-side release by The Outrunners and College it’s time to do it again.

Stephen Falken (named after the creator of Falken’s Maze from the 1983 Broderick-a-thon ‘WarGames’) had teamed up with fellow Valerie staples Maethelvin to bring us another double A-Side 7’”. Falken’s contribution is ‘Crusing’, a laidback retro nightdrive groove with a particularly sweet riff.

Stephen Falken/Maethelvin’s ‘Crusing’/’The Last Escape’ can be ordered from the Valerie store and is released today!