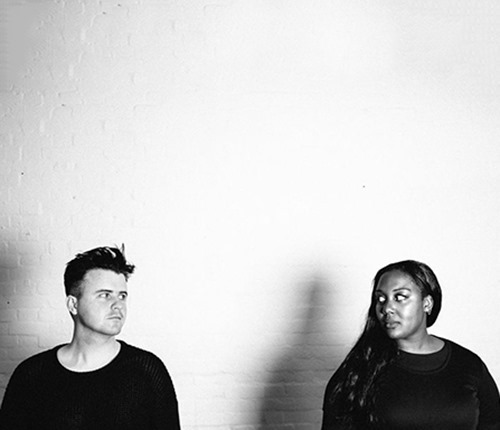 London based rising stars Anthony & Cleopatra have spent the last year carving out quite the reputation for themselves. They’re one of those names the we’re not quite sure about yet but always sit up and take notice when you see them mentioned. Their collaborations with the likes of Beni, Sammy Bananas, and most notably, Lancelot have earned them that much. This week they released their début original single. Produced by the aforementioned Mr. Bananas; this is Sirens.

Anthony & Cleopatra (Anita Blay, as in  CockNBullKid, and Alexander Burnett (of Sparkadia) show off their Pop credential here (particularly Anita) as the exude an effortless cool and deliver a smooth mixture of laid back beach Disco and war 80s electronic Soul. With a swing in it’s step Sirens serves up a bouncy Boogie synth bass and a delicious sax solo while Antony & Cleopatra boy/girl vocals trade lyrics in a soulful style. Sink into this one.

Antony & Cleopatra’s Sirens is out now. 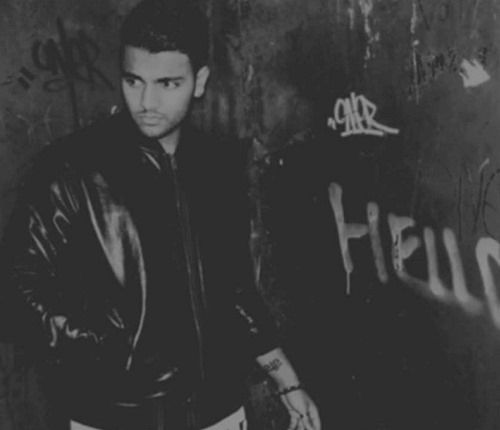 The London crew is all getting together for this one, rising retro-House producer XO is gearing up to release his début EP, Though The Night, at the start of next month and for the record’s second track (after last month’s title track unveiling) track he’s enlisted the help of Mr. Leo Kalyan on vocal duties for a song that was co-penned by songwriter extraordinaire MNEK. This is Pulling Me Under.

Pulling Me Under is a slow groover, a warm and laid back late night jam. Combining Kalyan’s future R&B croon with some involving Deep House sounds; all slotted into an simple and infectious Pop song. The driving forces of the music are all understated and emotion, like the gentle piano hook the runs throughout that contrasts nicely with the feet moving beat. XO is definitely on our radar as one to watch now.

XO’s Through The Night EP is released 1st December.

Check out more from XO’s on SoundCloud.

Back in 2012, when we were just getting to know his work, New York’s synthesizer mastermind Starcadian released what is possibly one of the best mashups ever unleashed on the world. First Kill crammed in Ice Cube, Dr. Dre, Pharoahe Monch, Queen, Belinda Carlisle, Michael Jackson, Whitney Houston, Busta Rhymes and Wu Tang Clan over some seriously hard hitting Disco sounds. Now, with one of our favourite albums of last year, Sunset Blood, under his belt, and with the storming new Saturdaze EP, on the horizon Starcadian drags you back to the dancefloor with his follow-up bootleg. This is Wrecking Shot.

This time around Miley Cyrus, Ol’ Dirty Bastard & Kelis and Tracy Weber get run through Starcadian’s galactic groove machine and spat out the other side in as a mirror-balled glam jam. Piled high with the finest French Touch, Nu-Disco and a surprising amount of Italo, Wrecking Shot once again surprises us as Starcadian makes seemingly disparate songs weave in and out of each other seamlessly. Where Fist Kill was full throttle Electro, Wrecking Shot has a smooth and soulful side. This should more than keep you going until Starcadian brings his urban synth Disco, with a Saturday morning TV theme vibe, on the new EP.

Starcadian’s Sunset Blood is out now. The Saturdaze EP is released 26th September.

Nu-Disco producer Louis La Roché has been away for a while. It’s been almost a year since he released his last EP, Composure, and the man has spent the last twelve months holed up in the studio playing with sounds and moods. He’s about to release some brand new material in the form of the Dusty Cassette EP, which is due for release this week. As a precursor to the EP dropping, Louis has given away this extra track to give you a taste of what’s to come. Check out The Way She Makes Me Feel.

Giving late 80s Soul a funky dancefloor update, Louis lays down the law of his new EP. Gritty sounds, tape noise, old school vibes, Dusty Cassette really sounds like it will live up to it’s name. The Way She Makes Me Feel combines a classic R&B sound, with a little LA funk and a host of Nu-disco editing. The hazy result has got an almost Chillwave-y feel to it and is perfect Sunday listening. The EP should be interesting.

♫ Louis La Roché – The Way She Makes Me Feel

Out next month via the awesome Nude Disco imprint is the new release from London’s DeadstocK DisKo. It’s called Do It and as a primer the Disco duo have unleaded this glorious reMix of Stevie Wonder’s All I Do and perfectly sets up the funky Sci-Fi sounds to come from these guys.

A nice mix of vintage and futuristic; DeadstocK DisKo work some slick retro synths, cosmic pads and a Moog-y lead, with a solid Funky House groove. Stevie’s instantly recognisable vocal drifts through the track, given room where needed, providing a little pizazz for the infectiously pumping Synth Disco. If this is the kind of tracks these two are going to be dropping in a few weeks time, prepare to be very excited.

♫ Stevie Wonder – All I Do (DeadstocK DisKo reMix)

DeadstocK DisKo’s Do It is released at the end of June vie Nude Disco. 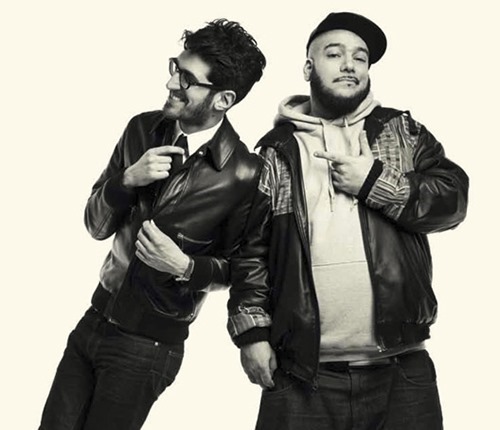 Ever feel like you’ve waited your whole life for Grum to reMix Chromeo? Well wait no more, the man had taken Chromeo’s new single, the Toro Y Moi featuring Come Alive and gone massive! We’re still getting down to Le Youth’s take on the track, but this one has just gone straight to the top of our favourite tracks of the year so far list.

A swirling symphony of uplifting synths, this reMix comes loaded with so much energy that it’s hard not to get carried away with it. Blistering apreggios and rich pads cascade out of the speakers, perfectly complimenting the original’s vocals. This is a peak time, big room, floorfiller that is destined to give thousands goosebumps.

Chromeo and Toro Y Moi’s awesome new single Come Alive is barely out and the reMixes are starting to flood in. Luckily, at the forefront of the wave is LA Disco master Le Youth, himself gearing up for his new single release, Dance With Me. Expect big things when these two funky powerhouses meet.

Le Youth takes the track in a frantic old school House direction, with a hint of his Disco roots. This ones a peak time crate filler to whip the crown into a frenzy. Cut-up vocals form the original are liberally unleashed on rough synths and an infectious piano hook, which the whole combination riding over a classic 90s House beat, shuffling hi-hats and all. The reMix builds and builds, creating a hyper energy until the squelchy solo finale.

It’s everything you’d expect from a Chromeo video. Directed by Alex Southam, the clip is a retro romp with a hint of Mannequin about it.

So, we were probably not going to post about this track, it’s over a week old and has been done to death on the internet. But, frankly, after such a long holiday we needed to ease ourselves back into things. Also, it’s fucking Chromeo and Chillwave superstar Toro Y Moi, how could we leave that alone? It’s the next teaser single from Chromeo’s forthcoming fourth studio album White Women, following Over Your Shoulder and Sexy Socialite; and frankly the most exciting thing we’ve heard from the new record so far.

Where the first two singles piqued our interest us, it’s Come Alive that really sets up White Women as one of our most anticipated released of 2014. A crystal clear slice of Disco Soul that sounds as classic Chromeo as anything they’ve ever done. Pure retro Funk Pop, Come Alive rides a wave of feel-good vintage groove, buoyant on a raft of shimmering synths and inquisitive slap bass. Chaz Bundick’s vocals nicely compliment Dave 1’s own voice as they take-turns with verses which give the track that back-and-forth feel that some of the best Chrome tracks always crafted between Dave & P. A slick-as-hell primer for White Women.

So, we weren’t going to write about this song. Obviously as soon as a track with a line up like Sam Smith X Nile Rodgers X Disclosure X Jimmy Napes hit the internet every blog and their dog featured it (sometimes whether they liked it or not, it’s all about the traffic y’all!), so there was no point and honestly, could any track, let alone one written in a day, deliver in the promises that line up makes? But here’s the thing, it’s actually a really good tune. It’s definitely a grower, but having had the weekend to let it sink in we are digging it more and more with each listen.

From it’s infectious rubbery bass wobbles to the smooth vocals, there’s just something about this track that gets under your skin. Nile’s Tropical infused guitar playing against the decidedly British take on Funk is a lot more exciting on repeated listens, and the vocal harmonies are pitch perfect. It’s a short tune, and one that doesn’t feel like and of the contributors individually. That must have been one good day in the studio.