We haven’t heard a lot of Moonlight Matters recently. Easily on of our favourite producers to emerge in the last few years, Seba Vandevoorde seems to have been concentrating on his other musical output (with Jochen from Sound Of Stereo as Arches) of late, which is awesome but we’ve been missing the big Italo infused House and Boogie that MM delivers. So we’re excited that there a new MM reMix in tow, not only that but it’s a reMix of an utterly awesome song; the current single from UK Indie-ElectroPop powerhouses Hot Chip, Need You Now.

Moonlight Matters turns the tune into a massive Piano driven House monster. Loaded to bursting point with growling keys, skippy beats and a cinematic progression, Seba’s work here turns the track into a bombastic floorfiller that feels like it has a very physical energy of it’s own. A driving, kinetic quality that makes for a totally compelling dance track. Alexis’ vocals are just to just the right extent to tie the track together while Moonlight Matters tempers the driving, thick synths with gently melodies weaving in and out of the track’s robust core. And then the piano kicks in…..

Hot Chip’s Need You Now (reMixes) is out now.

Arches (Seba Vandevoorde A.K.A. Moonlight Matters and Jochen from Sound Of Stereo) dropped the Karen Harding featuring New Love back in April. It’s an amazing slice of Poppy House that has now got itself a brand new video. Peep this.

Karen herself starts in this clip, as her and her friends take on London’s nightlife; looking for that new love.

Arches’ New Love is out now.

Dancefloor powerhouse group Arches (Seba Vandevoorde A.K.A. Moonlight Matters and Jochen from Sound Of Stereo) have teamed up with R&B singer Karen Harding for their latest single. It’s released soon via Potion, The Magician’s record label, and follows on from late-2014’s There’s A Place. This storming slice of soulful House is called New Love.

Skippy Garage beats feed through this exuberant slab of contemporary HousePop. Revelling in the kind of deep, subby, bass you would normally associate with UK output, the Arches Duo deliver a warm summertime jam that pairs resounding piano with the big and booming low end. Harding’s huge vocal delivery, peppered with a Pop twang, keeps the energy of the track at a constant high. This one is a surefire summer hit.

Arches’ New Love is out soon.

Dance supergroup Arches (Seba Vandevoorde A.K.A. Moonlight Matters and Jochen from Sound Of Stereo), who you may remember from their interpretation of Whitney Huston’s Not Right But It’s Okay, It’s Okay are about to unleash their proper début single, There’s A Place. the single come backed with a reMix from none other than Russ Chimes. So I expect we’ll all like it quite a lot indeed. That’s the Chimes guarantee.

A pumping House track with deep overtones, Chimes whips up a dancefloor frenzy with this one. Sparing no funky expense, the reMix builds on a an infectious bass hook, ploughing through the track like a groovy steamroller dragging complex purcussion and and mantra vocal in it’s wake. The interplay between the keys and the bass creating new melodies along the way. Another killer effort from Russ.

Arches début single, There’s A Place, is due out in6th April.

This is Arches. Arches is a superhero team-up between Seba Vandevoorde A.K.A. Moonlight Matters and Jochen from Sound Of Stereo, which is like a Belgian dream-team. Their début single, Take Me, was débuted on The Magician’s most recent Magic Tape along with another new track, Hurtin’, but this here tune, It’s Okay, is the first from Arches that us general public can get our grubby mitts on.

Taking Whitney Huston’s Not Right But It’s Okay as it’s core, Arches deliver a radical reworking with cut-up, pitched down vocals over a heavy House groove. A gritty bassline, that may owe it’s DNA to Belgium’s New Beat heritage hammers away over a rock solid House beat. With drops and builds in just the right places, for just the right amount of time, this, particularly European, slice of House portends great things from this new collaboration. A slick late-night jam.

Arches début single, Take Me, is due out in November.

We first featured Belgian Electro-Rockers Goose back in 2010. Now we have an excuse to again as fellow Belgian producer, and one of our favourite artists of recent years Moonlight Matters has reMixes their new single, Real.

Working with something other than your usual dance track has given Moonlight Matters free reign to try something a bit different. Anyone expecting Seba’s usual early 90s Pop-House anthem might be disappointed, but come to the track with an open mind and you’ll be delivered a satisfying, involving tune. A majestic slab of synthesizer Pop with a militaristic feel, it’s a reMix that commands your attention with trumpeting stabs and rolling beats that serve the call-to-arms vocals perfectly. Industrial Disco anyone? 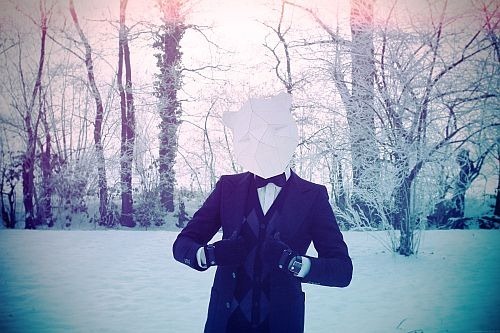 Moonlight Matters – Vibes Mix = Seba whips up a storming hour in his new mixtape. Expect some huge, current, synth sounds swinging from House to Disco and back again with one or two interesting asides, including a track forthcoming on his own Players label.

Moonlight Matters really kicked things up a notch last year, delivering so many tunes and reMixes, that were so good, he shot from being an artist we quite liked, to one of our favourite producers. Of course his début solo release, Come For Me, helped a lot. So we are pretty excited to see how he;s going to kick off 2013, and here it is. It’s a reMix for French Chillwavey singer Owlle.

Bringing his unique combination of early 90s House-Pop and mid 80s SynthPop to whatever he does, Seba always creates something both dancefloor friendly and majestically dramatic. This reMix of Disorder is no exception. The vocals are pretty epic to begin with, but the Moonlight Matters treatment the whole affair becomes a lush, electronic, opus of pulsating synth bass, swirling tones and ringing leads. the result is both beautiful and compellingly funky. Can;t wait for Moonlight Matters’ new single.

Disorder is taken from Owlle’s Tricky Tricky EP, out now. Owlle will be featuring on an upcoming Moonlight Matters track.

Feels Good, the single resulting from the team up between London noiseniks Punks Jump Up and Martin Dubka, with Saint Saviour, is looking like it;s going to one of the single of they year. We’re certainly loving the entire package, it;s one of a few releases that Kitsuné Music have dropped this year that have knocked it out of the park. Kitsuné have had a confusing couple of years after the resurgence of Electro around 2006-2009 dies down, but this year has seen them totally return to form.

You’ll have to wait to hear the single itself, but for right now get your ears round this dub from Moonlight Matters. Returning the favour after Punks Jump Up reMixed his mind-blowing Come For Me, Moonlight Matters lays down six minutes of raw funk. With an infuriatingly hypnotic lead line and some gritty Korg Acid going on in the background, this is a tune that absolutely demands you dance. No questions asked. With until you hear the original, and the MiGHty mOUse reMix, Kitsuné have done their legacy proud with this one.

Here’s the video for one of the best singles of the year. Moonlight Matters and Hercules And Love Affair’s Gustaph’s Come For Me.

Moonlight Matters’ Come For Me EP is out now via Kitsuné Music.