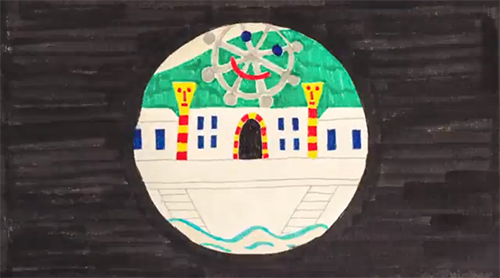 Daniel Brereton directs the animated videos, that is just a quaint as the track itself. 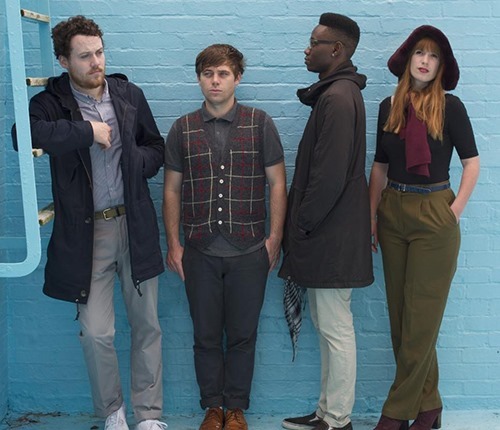 Devon Indie-ElectroPopsters Metronomy’s new album Love Letters is released today and in a surprise turn of events, the title track and lead single has been reMixed by Belgian Electro masters Soulwax. It’s the first new Soulwax track for quite a while and this six and a half minute epic certainly doesn’t disappoint.

Leading with a chugging riff, Soulwax deliver a fresh slice of their classic sound. This is pure Soulwax. Undulating, slightly Acidic, abrasive synths repeat throughout the track, slowly building to crescendo. With an EBM quality to it, that never detracts from the soulfulness of the use of the original, this reMix delivers a never ending juggernaut of snyth goodness, with a few surprises in the mix to boot.

Devon Indie-ElectroPopsters Metronomy have unveiled the title track of their eagerly awaited new album, Love Letters. As tasters of what to expect from the new record go, it follows November’s I’m Aquarius single and will also be released as a single. Unlike I’m Aquarius, the track won’t be premièring through an astronomy app, which is a shame, but the track doesn’t need any fanfare. Just listen.

Love Letters is a bizarrely Honky-Tonk take on ElectroPop. With a 60s flair and a buoyant piano hook, the track is strangely enchanting. Feeling like it never takes itself too seriously, the mixture of synths, with woozy vintage sounds, a seriously LFO’d organ and a staggering muted trumpet solo make for an interesting, and unusually compelling track. A break from the norm for Metronomy, but a fun one.

Back in November Devon Indie-ElectroPoppers Metronomy released the first single from their just then announced forthcoming new album Love Letters. I’m Aquarius was a slinky slice of SynthPop with a hint of psychedelia, and the track has now been given a huge dancefloor workout by Mr. Edwin Van Cleef. Check it out.

Cleef brings pulsating, bass heavy, groove to the tune. Embracing the original’s psychedelics and 60s shoop-shoop flavour, this reMix wraps all that up in a pounding bassline and some skippy beats. The vocals take second place to big synth stabs and pin-prick arpeggios here, weaving in and out of Cleef’s remix almost as another instrument, but it’s that big bass and drums that make this one so compelling.

I’m Aquarius is the first single from Devon Indie-ElectroPop darlings Metronomy’s recently announced new album Love Letters. The track was premièred originally through astronomy app The Night Sky, on Android and iOS, earlier this month when users point their mobile devices tower the constellation of Aquarius. Which is a pretty slick way to première your track if you ask us.

Now on general release, I’m Aquarius carries you along on a wave of fresh vintage drum machines and classy keys. More introspective than the Metronomy we are used to, here we find them playing with darker sounds and a more spacious production. It’s not all doom and gloom though, the song itself is quite playful and optimistic, for a breakup track. A 60s psychedelic tinged ElectroPop croon that bodes well for the rest of the album.

LA based boutique Electro label Opus Label are staying true to their word and releasing the next in their ‘Opus Label’ compilation series just a couple of months after the first. ‘Opus Label Two’ continues in their new tradition of delivering well thought out collections of some of the past few years best Indie-Electro, ElectroPop and Nu-Disco.

The line up for the new record is pretty stellar. More than a few electronic rumors alumni feature amongst the twelve tracks, including The Tapeaters’s awesome last single ‘Echo’, Metronomy’s ‘The Look’, Gypsy And the Cat’s modern Indie-Electro classic Jona Vark’,  Jensen Sportag’s Everything Good’, The Whip’s comeback single, ‘Movement’, Jean Tonique reMix of Chateaubriand and Destronics’ ‘The Sunset’, Amtrac’s ‘Distant Heartbreak’, Opus head honchos Miguel Angel Jiménez and Jeremy Wineberg have done an amazing job curating this collection. There’s a definite summer vibe throughout with some of the chilled tunes from the last couple of years featured. As with ‘Opus Label One’ the package comes with a booklet featuring the work of a particular photographer, in the case of ‘Opus Label Two’ it’s Frenchman Yougo Jeberg who contributes his style to the packaging. 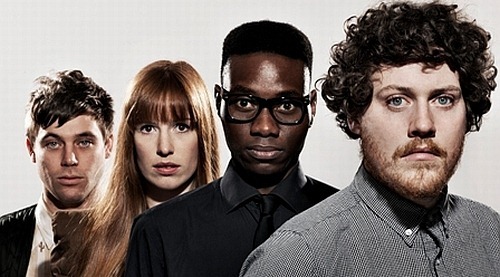 Le Crayon & Oxford, two top quality Nu-Disco producers in their own right, join forces to take on the Indie-Electro powerhouse that is Metronomy. The results are funking good.

This twosome lay down an easy groove which gives the , now instantly recognisable, tune a new spin. With sidechaned pumping French House and slick Disco licks set to a relaxed tempo Le Crayon & Oxford deliver a song to allow you to take a step back from all your stresses. You thought ‘Heartbreaker’ was played out? here’s a new lease of life.

the single was released at the start of this week and features Veronica Fall’s Roxanne Clifford helping out with the vocals. the headliner reMix comes from Ewan Pearson, who’s deeply electronic reMix combines a retro synth bassline with the kind of intricate programming that makes me think of the first Simian Mobile Disco album, but with more of a Disco vibe. It’s great, involving, Electro stuff. Psychemagik go for a more early ‘90’s House flavour with a post-Chicago deepness (despite “post-Chicago deepness” being a dick thing to say, it does kinda’ sound like that) and just the right amount of M1 piano and airy pads.

‘Everything Goes My Way’ is out now.

Just nominated for the Mercury Prize award Metronomy’s track ‘The Bay’ now has yet another reMix to add to it’s ranks,

Over reMixed tracks can become a chore, but luckily this time the always innovative Clock Opera do their thing, Stacking up various styles together and making it work is one of Clock Opera’s trademarks and there’s certainly a lot going on in this reMix yet the track never gets overrun. I expect this to be rocking a lot of Indie dancefloors this summer.

The Bay’ is out 4th July, Metronomy’s third album, ‘The English Riviera’ is out now.

Metronomy’s ‘The Bay’ finally gets a music video.

Directed by David Wilson the clip was filmed in exotic Torquay.

‘The Bay’ is out 4th July, Metronomy’s third album, ‘The English Riviera’ is out now.