There’s a new tune from Happiness Cage, the more experimental alter-ego of Irish SynthWaver Ciarán Byrne A.K.A. Adeyhawke. We always eagerly await the next Adeyhawke tune, but in the meantime Happiness Cage serves up something a bit more cerebral, giving you something to think about while you’re resting your feet from dancing to Adeyhawke tunes. This latest one is called Image Crystal.

With patterns built on field recordings Ciarán made on his travels Image Crystal creates an organic soundscape peppered with lilting synths that drift through the sonic landscape. Calling to mind some of Autechre’s more emotive moments, Image Crystal is a beautiful and evocative four minute experience.

Check out more from Happiness Cage on SoundCloud. 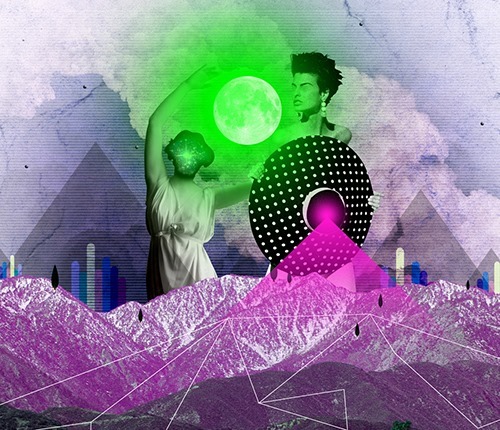 Irish SynthWaver Adeyhawke is knocking them out these days! We’re still rocking to his recently released Kodachrome Sundae EP and his Happiness Cage side project; and he’s released another new track. This is Disco Idalium, and it’s a big one! Not only that, but it’s a free download. Get involved!

Disco Idalium is more of Adeyhawke’s bombastic, chopped up, retro Electro. The way Adeyhawke bring vintage 80s sounds straight to the big room is nothing short of genius. The tough beats and growling Electro is tempered with a slick, Top Of the Pops flavour, to create something that’s both fun and a dancefloor compulsion. But it’s Adeyhawke’s complex and funky-as-hell basslines that get us every time. 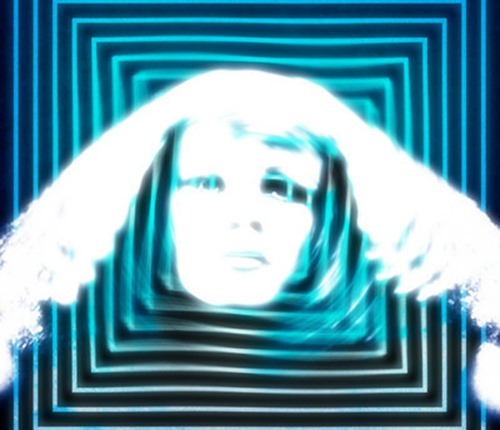 Happiness Cage is the new side-project from Irish SynthWaver Adeyhawke, who you may remember for hitting the highest point in out Top 20 tracks of 2014 for an instrumental, within the top ten. As this Happiness Cage alter-ego he’s about to release a new EP in the next couple of month, but is already previewing tracks on SoundCloud. Check out UHF Blaze below.

UHF Blaze is a beautiful cacophony, a chaotic collision of  Italo, 80s Dance, Electro-House, ChipTune, even Complextro (remember that?) that all comes together to form a compelling whole. Racing beats, spiky synth basslines, Industrial purcussion, and chirpy melodies all keep the energy relentlessly high; but the track never feels like it’s getting away from you. Seeped in nostalgia enough to feel comfortable amidst the juggernaut groove.

Check out more from Happiness Cage on SoundCloud. 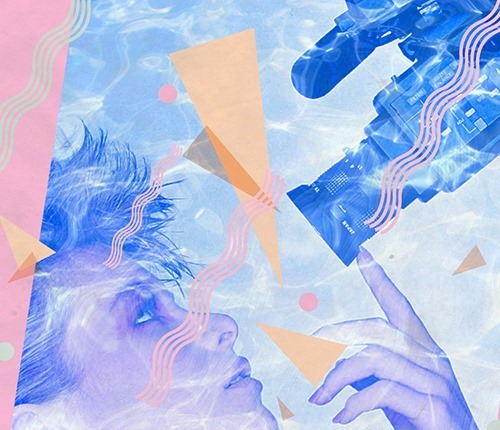 We’re fast approaching the release of Adeyhawke’s new EP, Kodachrome Sundae, via Girlfriend Records. The amount we’ve posted about the EPs tracks, it feels like we’ve been waiting for ages, but now with a release date set for later this month we can have a listen to the releases final track, a collaboration between Adeyhawke and Girlfriend label boss Sferro, Program Tina.

Adeyhawke & Sferro bring the tempo down a bit on this one, exuding laid back, nostalgic, electronic vibes. The best is slow and steady, I’m not going to go so far as to say Dubstep, but it’s in that arena, with heaps of shimmering synths on top. Actually, this is probably the closes thing that exists to DubstepSynthWave, as the track is washed in subtly Dubstep-esque flourishes, all mixed up with some luscious, epic, vintage synthesizer music.

Part of his forthcoming EP for Girlfriend Records, In Memorex is the latest tune from Irish RoboDisco producer Adeyhawke. We’ve been loving his releases this year, after a period of quiet, he’s back bigger than ever with tunes that have us chomping at the bit to get our hands on this new EP.

In Memorex is a massive big room synthetic Disco tune. This one’s all about going big. Big beats, big basslines and big synth riffs. With an amazing 80s Electronic Soul swing in the bass department, the track is ridden by layers of playful snyth lines and vocal samples. In Memorex delivers infectious Electro Boogie vibes to todays Disco dancefloors, and does it with style.

Adeyhawke’s EP is out in the coming weeks. 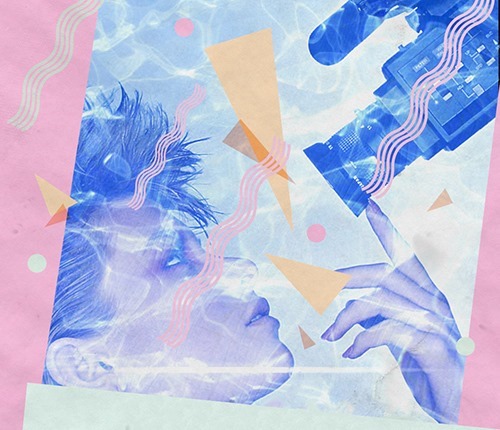 We’re so glad that Irish synthetic Disco don Adeyhawke is back in the game. After his return to our radar in March with Storm Runner we’re pleases to see another new tune unleashed this week. The awesomely titled Kodachrome Sundae is part of his forthcoming EP release on Girlfriend Records alongside the previously heard Storm Runner and Looker.

I think Kodachrome Sundae is our favourite of Adeyhawke’s new track so far. A complex and funky synthesizer workout that is just as compelling for your ears as it is for your feet. Interlocking layers of punchy retro synths all slot in together to make the whole arrangement work, each tiny element having an important place in the whole. This really is a track greater than the sum of it’s parts, a nostalgic sounding, electronic Disco symphony that sees  Adeyhawke skilfully conducting an orchestra of digital goodness. The bassline alone is enough to make you jump out of your seat. Check it out.

Adeyhawke’s EP is out in the coming weeks.

It’s been a while, but Irish SynthWave/Dreamwave/Nu-Disco dude Adeyhawke is back and fighting fit. As the producer jumps back into our consciousness he hits the ground running with his latest tune, Storm Runner. It’s a huge tune, and exciting tune, a tune that definitely makes us remember what we’ve been missing. And, hopefully, a tune that signals a resurgence of Adeyhawke activity.

Storm Runner is a beast of many faces. Blending the epic quality of SynthWave, the groove of Nu-Disco and the infectious hook of Indie-Electro, Adeyhawke serves up a smörgåsbord of gritty powerful hooks and sparking synth riffs. It’s got a cool retro feel, especially in some of the soaring solos, but a very contemporary production style, bringing all these emotionally resonant electronic music styles into the big room for thousand-yard-stare dance-off. We really can’t stop listening to this one.

Adeyhawke is back with a brand new track and this time he’s mixing up the SynthWave with some funkin’ Nu-Disco and some slick Yacht-like melodies.

‘Lords’ is almost mind-blowing in it’s complex layers of basses and leads. Twisting basslines and intricate melodies dodge and weave in and out of each other, cut-up and infused with the strongest medical grade Funk around. Keeping his trademark retro feel, the track is loaded with ‘80’s sounds’ Adeyhawke give ‘Lords’ a Disco injection that commands the listener to move. You just can’t help it.

Adeyhawke! It’s been a while!

‘Catch 32’ is the brand new track from Adeyhawke, and it was worth the wait. It’s a track to instantly remind you of everything great about ‘80’s inspired synth music. Working on two levels, this track not only shows a deep understanding of retro synth music and captures the ‘80’s dancefloor with a cinematic feel but also shows amazing musicianship. The lead lines the soar over the bouncy, nostalgia laced dance track are pure joy to listen to.