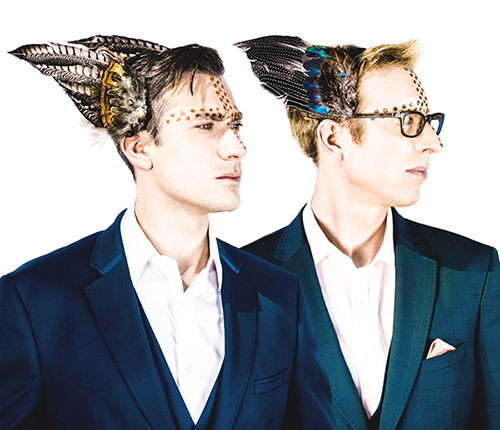 LoFrames continue to go from strength to strength. Ever since these guys got together they have been quietly making waves with the people in the know. Even before they teamed up they were a couple of our favourite producers; James Yuill and out very own Franck from Freak You (one of our favourite people full stop) have had blistering carriers of their own, so them coming together, and bringing their respective SynthPop, House and Disco talents to the table, was something pretty special.

Their first release, Get Real (Can’t Touch Your Love), from the start of the year was a deep Pop House tune that remained on our playlist well into the summer. The duo are just now following up with their brand new single. In Love With You is actually a cover the 2003 French House classic by The Paradise. The Paradise were, of course, was Alan Braxe and Romuald; Braxe himself has given LoFrames’ cover his seal of approval.

LoFrames version of the tune is a sumptuous, hypnotic jam. Like a warm blanket of dancefloor sounds LoFrames’ In Love With You lays out building blocks of warm synths and slightly metallic leads into Dance soundtrack that is so rich, heady and uplifting it borders Progressive. The snatches of vocals drift in and out of the smokey sounds begging to be followed onto the tunes depths. We were also pretty pleased to see a return of the epic sax from get Real, we’re hoping the sax is a mainstay of LoFrames sound moving forward.

Among the reMixes served up on the singe are these two gems, from a couple of our favourite producers around. Monsieur Adi is back and laying down one of his massive ElectroPop reMixes. This one harkens back to his Electro-House roots a bit with big gritty synths and a stomping beat but in true Pop style Adi revels in having that drifting sax to play with. Brightonion Aashton gets all dreamy with the track on his kinda’ smooth affair. Walking the line between Tech and Deep Aashton’s hypnotic House mix brings a sweltering groove to the release.

The original and Adi mixes are free downloads for a limited time too!

♫ LoFrames – In Love With You (The Paradise Cover)

♫ LoFrames – In Love With You (The Paradise Cover) (Monsieur Adi reMix)

♫ LoFrames – In Love With You (The Paradise Cover) (Aashton reMix)

LoFrames’ In Love With You is our now. 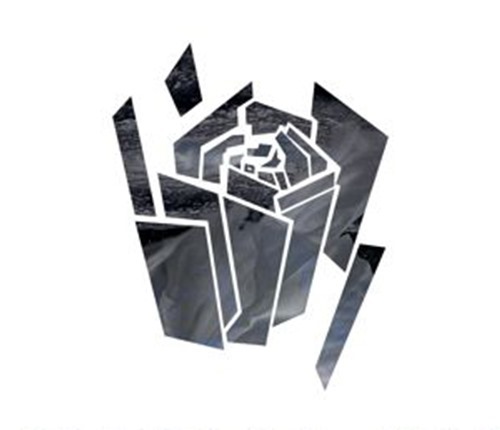 We’ve been waiting for this one for a while now. You may have noticed that the B-Side of the electronic rumors released Freak You’s There You Are was titled The Last Track. This was because it was literally Freak You’s last track as he left the Freak You moniker behind to team-up with long time production collaborator James Yuill (who also mixed There You Are) to form the brand new outfit LoFrames. James and Franck’s début single is released next month, check out Get Real (Can’t Touch Your Love).

Seamlessly blending epic Pop, Deep House and warm Electro, LoFrames serve up a track that strips dance music and electronic Pop back to it’s core elements. Concentrating on the minimum viable product (that’s a business term!) the duo offer refined SynthPop, perfectly crafted for both the heart and the feet. Warm bass and razor leads drift over a solid groove to create a strong foundation for an introspective and heartfelt vocal. The icing on the cake is a drifting dusting of Sax that floats through the track like smoke amid the machines. This is seriously luxurious stuff.

Check out more from LoFrames on SoundCloud.

Here’s the video for London SynthPopper James Yuill’s new single, Turn Yourself Around. An uplifting slice of ElectroPop goodness with a rough Electro riff and passionate vocals.

The clip, directed by Alex Emslie is inspired by the Greek myth of Sisyphus, condemned to futilely roll a massive boulder uphill, only to watch it roll back down, and to repeat this action forever.

Turn Yourself Around is taken from Yuill’s forthcoming third album, These Spirits, which is released 18th March 18th on his own label The Happy Biscuit Club.

The whole collection is well worth checking out, for me the highlights came from James Yuill, Mr. Mæn, Rocky and Freak You. Mr. Yuill’s take on ‘Little Clouds’ is an epic, rolling, ElectroPop monster. An evolving analog beast that despite being a pumping electronic floorfiller is amazingly cinematic and emotive. After an icy intro, Mr. Mæn’s version of ‘Summer Nights’ becomes a massive ‘80’s ‘moment’ track. Majestic and powerful, it’s a slow burner that rouses the soul. an old school SynthPop flavour is applied to ‘Magic Tank’ by Rocky. Like the bastard child of Yazoo and Fad Gadget, Rocky’s reMix is a weird synthesizer workout disguised as a Pop song. On The Fruit main man Freak You’s reMix of ‘Line Of Light’ is a cosmic, chiming tune with a ‘90’s SynthPop bassline and a hint of Disco that’ll definitely go down a storm on the dancefloor.

Also featuring reMixes from Canblaster, Segundo and Boston Bun, T&K’s ‘The reMixes’ is out now.

One Sixth Of Tommy are three girls with three guitars who make some folky noise, that is until they come across Popmeister James Yuill who reMixes their track ‘For Always’ into an involving ElectroPop ballad.

With a sound and atmosphere that harkens back to the the likes of The Postal Service and Folktronica (don’t blame me, I didn’t invent the word!) Yuill’s mix is slightly Glitchy and conveys a powerful and emotional mood. The piano fronted chilled ElectroPop seems to channel the emotion of the track slightly better than the acoustic guitar lead original with layers of intricate electronics brought under the control of James’ musicianship. Yuill’s mix of ‘For Always’ is involving and slightly addictive!”

♫ One Sixth Of Tommy – For Always (James Yuill reMix)

Buy One Sixth Of Tommy’s music from:

As premiered on last weeks Fear Of Tiger’s ‘The Guestlist’ show this is Bright Light Bright Light’s reMix of James Yuill’s ‘Crying For Hollywood’.

Light and breezy ElectroPop is the order of the day here. Piling on the world’s most feel-good 90’s House piano riff in amongst dreamy arpeggios lifts James’ vocals and lets them do their job perfectly. The sun’s come back out this morning.

Bright Light Bright Light (which I really hope is a Gremlins reference!) is the one-man project of Cardiff based Singer/Songwriter Rod Thomas who absolute passion to create well-crafted Pop music shines through the music from the first listen.

You can tell that Rod has spent a few years honing his craft as, for a DIY production, it’s pretty damn slick. It’s also timed brilliantly, this kind of ElectroPop with an emphasis on songwriting, an ElectroPop revolution of substance over style, is set to blow up this year and Bright Light Bright Light could well be at the head of the pack.

His latest track ‘A New Word To Say’ is a perfect example of this, it’s intelligent yet catchy, danceable yet thoughtful. Essentially it’s been written rather than produced, if you see what I mean? Which is always refreshing in electronic music.

Rod has roped in his friend James Yuill and fellow Cardiff ElectroPoppers Friends Electric (who’s reMix of Ellie Goulding’s ‘Under The Sheets’ we featured way back when) for reMix duties. James delivers a bright retro synth mix that actually sounds like it was fun to make while Friends Electric take it straight to the dancefloor in a French House stylee.

Bright Light Bright Light have a few appearances lined up for the coming months, catch them if you can:

Rod also heads up Self Raising Records, so expect Bright Light Bright Light’s album soon, until them bestow some of that MySpace love of your on him: