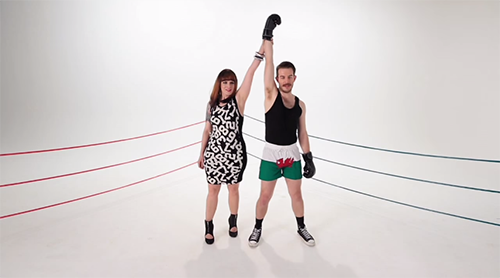 UK Pop genius Bright Light Bright Light and Scissor Sisters’ Ana Matronic are at it again. Last seen together on their cover of Pet Shop Boys’ West End Girls the duo have teamed up for ElectroPop epic Good Luck. Here’s the official video for the House-y reMix. 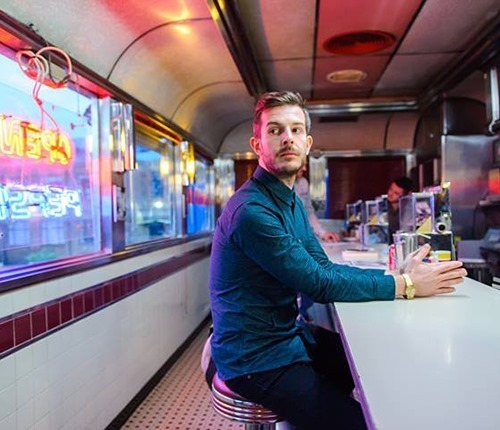 Ever wondered what the reigning champ of British SynthPop, Bright Light Bright Light, would sound like  alongside a truck load of French Touch? Well wonder no more. It’s been an awesome year for BLx2 so far, from being main tour support worldwide for Sit Elton John, to the release of his well received sophomore album, Life Is Easy, AND featuring on electronic rumors last release! What more could the man ask for? How about French Touch pioneer Alan Braxe working his Disco magic on one of your tunes?

Mr. Braxe has had a bit of a resurgence of output int he past twelve months (and by resurgence we mean one EP and a handful of reMixes, which is relatively a lot!), and this reMix really is the pinnacle of that. BLx2’s emotional original was already a captivating and passionate Pop song, but with a healthy injection of continental Disco; courtesy of a rubbery bassline, filtered pads and a rock solid clap-a-long beat, the track takes on new floorfilling dimensions. Sparkling arpeggios jokey for attention alongside Rod’s vocals as the track neatly lifts your mood. The perfect combination. 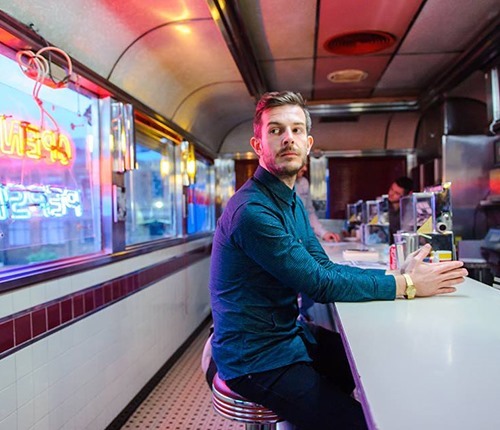 Are you ready for some of the biggest Chicago House tracks you’ve heard in a long time? Next week electronic rumors is crazy proud to release the new single from French producer and On The Fruit Records shot-caller Freak You featuring Welsh Londoner and SynthPop superstar Bright Light Bright Light. There You Are is already an acclaimed Pop House track, and the reMix package we are presenting is just the icing on the cake. We’ve lined up Edwin Van Cleef, Starcadian, She’s The Queen and this monster from Cosmonaut Grechko.

Grechko serves up a complex House tune that though it’s layers of melodies and hooks sounds utterly authentic. The is early 90s piano House at it’s finest, in 2014. From the sine bassline, to the sample snatches, to the digital sax, to the infectious as hell piano hook, this on is full on dancefloor nostalgia the works just as well stacked up against contemporary floorfillers. Grechko’s been quite quiet for a while, we’re glad he back if he’s going to be treating us to the like of this killer tune.

♫ Freak You (Feat. Bright Light Bright Light) – There You Are (Cosmonaut Grechko 1991 Mix)

Freak You’s There You Are is released 2nd June as a Beatport exclusive, 19th June elsewhere. 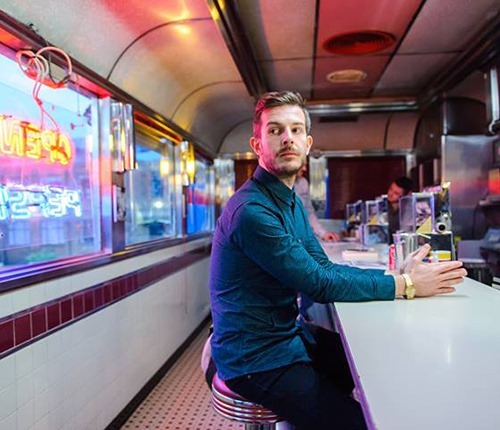 Out this week is the I Wish I Were Leaving single from Bright Light Bright Light. The title track sees BLx2 performing his critically acclaimed duet with Sir Elton John, but it’s also packed with a couple of B-sides, one of the being the expansive She Carves Her Desire. A mesmerizing SynthPop tune that is epic in both scope and sound. Have a listen.

She Carves Her Desire is a sprawling ElectroPop opus. Backed by shuffling mid-tempo beats, Rod’s voice rises and falls with the string’s swelling, while haunting piano and burbling synths craft out the tracks atmosphere. From Rod belting out the chorus the the piercing synth lead, this is goosebump inducing stuff. 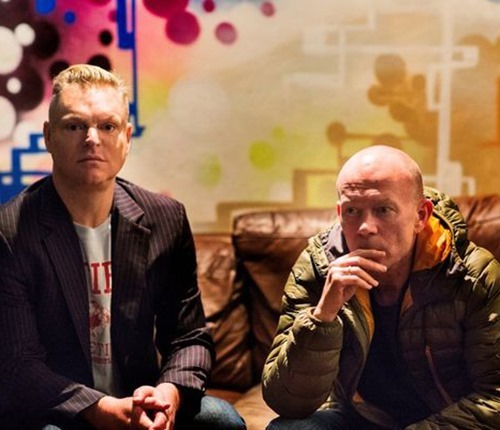 Make It Wonderful is the forthcoming new single from SynthPop legends Erasure. From what we’ve heard so far it sounds like an slick return to form for Vince and Andy. Amongst the plethora of reMix talent involved in the release, including the amazing Chad Valley, come this blissful rework of the track from ElectroPop globetrotter Bright Light Bright Light. euphoric 90s House vibes to follow.

Bright Light X2’s obsession with all things 90s has never been a secret, and with this reMix he wears it on his sleeve. This reimagining of SynthPop as 90s House Pop works perfectly, complete with all the trappings of the genre, from the the ponding beats, to the piano hook to the shimmering twinkly bits. Whist we usually see Bright Light Bright Light is a singer/songwriter, it turns out he’s not to shabby at the old reMix. Erasure goes dancefloor anthem!

Erasure’s Make It Wonderful is out 24th February on Mute. 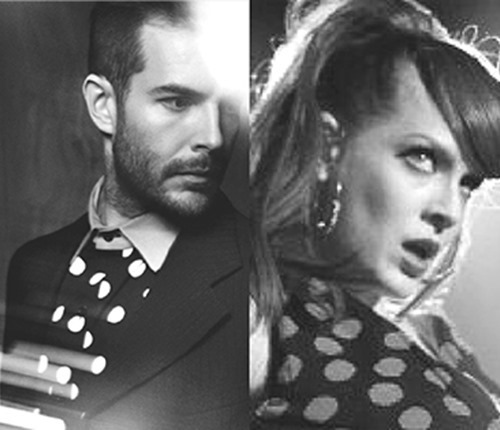 Here’s a nice surprise for the start of the week. One of the UK’s leading SynthPop artists Bright Light Bright Light teaming up with Scissor Sisters’ Ana Matronic to cover Pet Shop Boys classic West End Girls. Premièred last week live in NYC for the Hetrick-Martin Institute Benefit the track is now available as a free download, so get it while it’s hot.

Loads of people have covered West End Girls. Like loads. But very few have been able to keep the sombre, deadpan angle of the track intact. BLx2 and Ana Matronic manage to pull this off triumphantly. Rod injects his flair for 90s dance into the track with popping beats, shiny synths and some subtly 909 snare rolls. Their vocals are surprisingly complementary too, with Ana handling most of the verse action, joined by Rod for the choruses, being true to the original but giving it a twist with their own personalities. A very good job indeed. 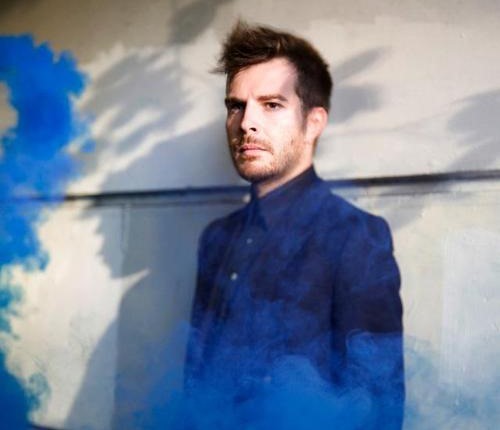 There You Are is the latest tune from French producer and On The Fruit Records shot-caller Freak You. This lush ElectroPop opus boasts a whole host of amazing collaborative names. Not only was a touch of production wizardry lent by Mr. James Yuill, but vocal duties on the this track are carried out by none other than Bright Light Bright Light. Can it be anything other than amazing?

With a slight dusting of House, and an even subtler dusting of Tropical sounds, There You Are is a deep, warm and mesmerising ElectroPop tune with enough dancefloor funky to be considered Disco-y but Poppy enough to storm the charts. Rod’s vocals are simple but very effective, choosing to opt for a hypnotic refrain while Franck delivers on the promise of full beats, body shaking basslines and big emotional rushes in all the right places. Intelligent SynthPop at it’s finest, not pandering to any trend, just serving up quality. 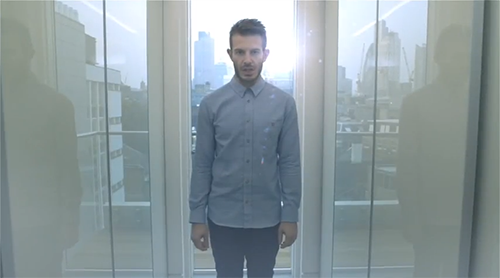 London SynthPopper Bright Light Bright Light’s new single, An Open Heart, which we played you a few weeks ago, is due out at the end of this month. In advance of the release here’s the brand new video for the track.

Gavin Leisfield directs the clip, which sees Rod imagining how he’s going to furnish his swanky new flat, or maybe not. 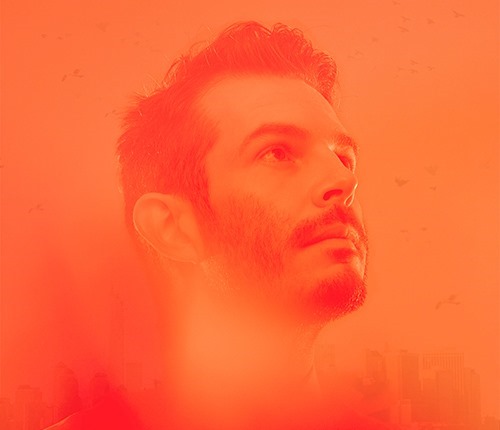 Phase two Bright Light Bright Light material is coming thick and fast now. Only recently we were treated to An Open Heart, taken from the SynthPop rising star’s first post-début album EP, In Your Care. Now we can have a listen to the EP’s title track, due out next month. This might be our favourite track from the EP so far.

Co-produced by The Invisible Men, In Your Care is both a classy and classic slice of ElectroPop goodness. Resonant with an emotional heart, In Your Care layers an anthemic, passionate vocal performance over a solid dancefloor core. There’s been a piano version of this tune knocking around for a while now, but paired up with warping synths and a relentless kick, In Your Care released a whole new energy. Let Bright Light Bright Light’s latest slab of power Pop wash over you. 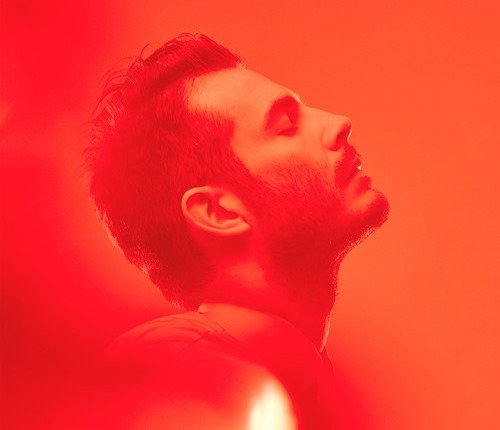 Bright Light Bright Light tends to release a lot of material, mashups, reMixes, alternate version of tracks, mixtapes, but it’s been a while since we’ve had an actual brand new release from BLx2. Giving his début album, Make Me Believe In Hope, sink in was probably a good idea. Well, here we are with the first single from his second album, An Open Heart

‎The track comes from Bright Light Bright Light’s forthcoming In Your Care EP and was written and produced alongside Ian Kenneth from Trouser Enthusiasts (who you may remember us being pretty excited about Rod rediscovering them for the reMix of Waiting For The Feeling). It’s a bright, sparkling slice of ElectroPop with a definite mid-90s Pop-Trance vibe which provides a nice counterpoint to Rod’s slightly melancholic vocals. Starlight lead lines are perfectly balanced by a throbbing bassline in this classic sounding four minutes of Dance Pop. Looking forward to the new EP now!