Mexican producer Bronx has delivered and absolute stormer of a track in the form of his new release for Nervous Records. A double A-side single, the tracks What You Want and U&I bring some Deep House vibes to his Disco sound and cement the mans reputation as one of the finest producers to emerge in the last twelve months. U&I is our pick of the single, pure club gold.

The track does occasionally serve up some Inner City style old school House vibes, but mainly the groove concentrates of a powerful Deep House tirade that is as funky as it is hypnotic. This one is unashamedly for the dancefloor, and nowhere else. But drop it on the dancefloor and you’ll have the crowd eating out of your hand. Thick bass, relentless beats, bouncing stabs and a low vocal to keep things soulful; this one has it all.

Bronx U&I/What You Want is out now.

Mexico’s Bronx has been making quite the name for himself this year with a string of top reMixes and releases on Nurvous he’s rapidly rising up the Disco and House league tables, and has definitely become a name to keep your eye on. His latest special delivery comes in the form of this reMix of Chicago House master Rogue Vogue’s Until The Dawn, featuring the vocal stylings of Mr. Patrick Baker.

The original is pretty epically Housed-out, and this reMix follows suite but removes the tune from it;s Chicago roots and makes things a little deeper, but still with a 90s flavour. Whereas the original is loaded with big beats, razor sharp production and a Pop House sheen, this reMix is a bit grittier and more suited to darkened warehouses. That is until the track is two thirds of the way though, then it wall goes bright and shiny with a crazy piano hook that keeps you reeled in right until the track’s end. 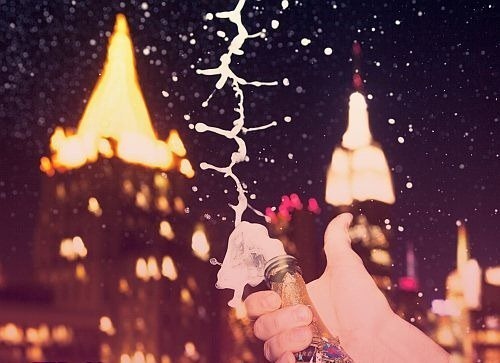 A few weeks ago we introduced you to the new collaborative single from Viceroy and French Horn Rebellion, who have teamed up to deliver the awesome Friday Nights. You can read all about that here, but now the single is out it’s time to get your ears around the reMix package, the highlights of which come from the Disco name on everybody’s lips, Bronx, and big room producer Jessie Andrews.

First up is Bronx, who whips the tracks up into a warm, rounded House tune with a big Chicago hook. With both feet firmly planted in the warehouse, Bronx breaks out the 909 beats, organ basslines and piano riffs, which bring a new, enigmatic, edge to the tune. This one’s not so much about chilling with your peeps on Friday Night, as in the original, as dancing ‘til morning in some darkened venue. Jessie Andrews mix also heads straight to the dancefloor, but in this case it’s in the main room at peak time as growling synths and big Disco hooks mash together to create a driving tune with a big euphoric breakdown. The EP also comes equipped with work from Rush Midnight and is a sweet package.

Out this week on Shiny Disco Club is this new collaboration between Russian Nu-Disco producer 5 Reasons and out good friend Patrick Baker. 5 Reasons is a ridiculous 16 years old with a grasp of smooth Disco and House that, really, no-one that age has any right having. Putting more than a few of his contemporaries to shame his new single, Nightdrive In Moscow, once again makes us wonder where Russia is getting all this talent from. Something in the water?

Nightdrive In Moscow is loaded with elements you’d normally associate with more seasoned Nu-Disco producers. Rich 70s strings, relaxed Disco licks, choppy synth work, this isn’t cookie cutter Disco, this a well thought out, highly musical, nostalgia that is generally the realm of the top tier of artists. Patrick’s vocals flow like water over this smooth groove making the whole experience slick as hell. reMixes for the single are supplied by two Nu-Disco staples. Germany’s kings of Boogie Satin Jackets deliver a sumptuous, string lead, Disco mix that’s laden with warm bass hooks and a breezy feel, and Mexico’s Bronx, who gets a little more Housey with the track, mixing a warehouse vibe with some sweet Tropical percussion. Did we mention 5 Reasons was 16. Insanity!

5 Reasons’ Night Drive In Moscow is released this week.