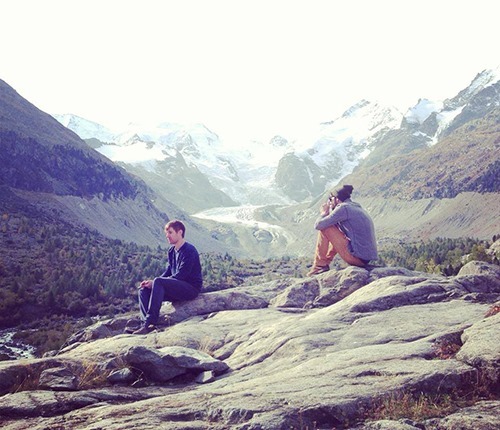 The awesome foursome are back. Whilst they have boon holed away working on their début album, The LA/Germany pan-Atlantic Disco tribe Ride The Universe have also taken the time to reMix the current single, Sun,  from Indie-Electro duo From Kid. The reMix is taken from a new collection of versions Sun, out this week on On The Fruit Records, called Variations Of Sun.

Prepare yourself for some dreamy Disco vibes right here. Ride The Universe deliver one of their smoothest track to date with this chilled, hazy slab of beach Funk. From the tunes opening relaxed chords and echoing drums, you know you’re in for a blissed-out treat. With a steady, head nodding, bassline and loaded with sweeping synths, this reMix works the originals vocals in a way that completely sets it apart. where the original displayed an introspective Indie mood, Ride The Universe morph that into a soft spoken, romantic croon. We’re all dying for RTU’s album round these parts.

From Kid’s Variations Of Sun is out now.

Buy From Kid’s music from: