Falling For You is the forthcoming new single from Derbyshire’s finest Pinemarten. It’s been a few months since his I Can See EP but that’s not time wasted. Falling For You, and it’s B-side Built For Two, were recorded between September and November this year and have a particular autumnal feel.

It’s a track that features some of the sweetest synth solos we’ve heard in a while. While Falling For You’s core is a spacious, Funk fuelled, hazy soundscape, loaded with soulful drums, punchy digital bass, and reverb washed vocals, it;s when those solos kick in that the song is taken to the next level. Truly soaring stuff. The single is due for release later this month backed with two reMixes.

Pinemarten’s Falling For You is released 17th December. 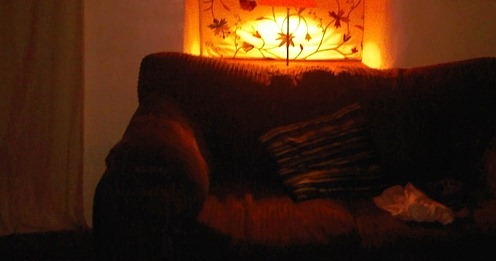 Derbyshire based producer Pinemarten is back with a brand new EP. He’s been a bit quiet since January when he released his Here It Is EP. We’re glad to see he hasn’t been sitting on his laurels, the man is preparing for the release of his new EP I Can See.

Here’s the title track, what we are treated to here is more of Pinemarten’s not-quit- Chillwave, chilly ElectroPop. Driven by a thick digital Funk bassline and, whilst the sound is somewhat bigger than on the previous releases, the laid back vibe still remains. Full of sweeping synths and a reverb washed electronic soundscape, I Can See casts a slightly more imposing shadow that Pinemarten has before, but his floaty, emotional vocals keep the tune in that dreamlike Disco mode we loved the first time and there’s some beautiful soloing toward the end. ElectroPop for chilled summer evenings. Check it out.

Hot on the heels of his début album, ‘If You Thought There Was Any Doubt’, Derbyshire based producer Pinemarten has dropped another EP of mellow synth jams,

The ‘Here It Is’ EP contains three tracks of dreamlike electronic soundscapes and distant, hazy vocals. Pinemarten conjures up feelings of sunsets and lazy summer nights as he skilfully layers shimmering synths. Three prefect chilled tunes for the morning after.

The ‘Here It Is’ EP if available now, for free!

Sometimes an artist comes along and takes you totally by surprise, blowing you away. Pinemarten is one of those artists.

I’ve spent much of the day listening to his new album ‘If You Thought There Was Any Doubt’. It’s an incredibly impressive début, the whole album is retro leaning, lush, impassioned ElectroPop. A reverb soaked (although not so much it falls into Chillwave territory) synthesizer journey through a life in soft focus with a surprising amount of Funk involved. One minute you’ll be all encompassed by the layers of dreamlike sounds then suddenly Pinemarten will drops some big ‘80’s chords or a wicked Moog Funk lead. The album ties itself together with Pinemarten vocals, binging a very human, intimate and relatable quality to the record that pushes it over the line into the realms of genius.

♫ Pinemarten – Don’t Let Me Be Denied

‘If You Thought There Was Any Doubt’ is released 20th November and comes highly recommended.