Directed by Thomas Torres, the clip cuts a sombre mood whist showing of the Budapest location. 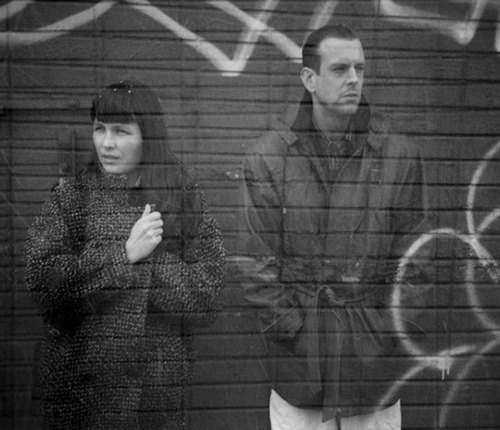 New York Minimal Synth duo Xeno & Oaklander signed up with Ghostly International late last year, which strikes up as a fitting pairing. They’ve just announced their first release for the label, their new album Par Avion, due out in June. The record was inspired by synaesthesia, and you can hear the opening tune below.

Interface feels like a more focused Xeno & Oaklander than ever. It’s a spacious SynthPop tune that flutters in and out of a early New Order-y vibe and washes it was a distinct Shoegaze sound. Imagine Horrorhead era Curve and Joy Division collaborating on a track produced by Kraftwerk and you’re somewhere in the right ballpark. Blissful to listen to, this definitely has us interested to see what direction the new album takes. 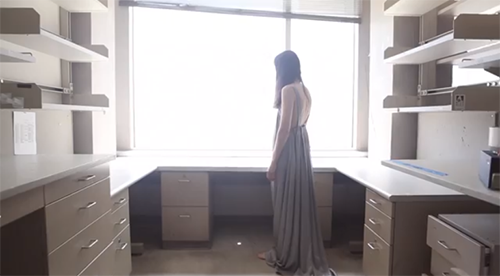 Sheen is the forthcoming new single from Brooklyn Minimal Synth duo Xeno & Oaklander. The first taste of their forthcoming new album, due out this Autumn, Sheen is a surprisingly upbeat and catchy affair.

The video was directed by Joshua Zucker-Pluda and revolves around the last woman left int he world, alone and searching for answers.

Xeno & Oaklander’s Sheen is out now on 12” and digital with single pamphlet.

Liz & László is the moniker of a new project from Automelodi’s Xavier Paradis and one half of Xeno & Oaklander, Liz Wendlebo.

Surprisingly upbeat and ElectroPoppy from the two Minimal Synth stalwarts, their first single, ‘Rien À Paris’, still comes loaded with Industrial percussion and icy synths. An hike in tempo, an almost bouncy bassline and some pretty catchy French vocals give the track a wider appeal though, whilst still retaining everything interesting about good Minimal Synth. The tracks inspiration comes from the 1970’s French surrealist film Céline Et Julie Vont En Bateau. ‘Rien À Paris’ will be released as a double A-Sideo with ‘Je Ne Suis Là Pour Personne’, a Françoise Hardy cover, on the flip.

The king & queen of post-Futurist SynthPop, or Minimal Synth, or whatever Xeno & Oaklander return later in  October with a brand new album, ‘Set & Lights’.

‘Open Walls’ is a taste of what you can expect from the new record. Slightly more upbeat than you would expect from X&O. Full of the duo’s trademark icy analog synth work and the interweaving of deadpan and ethereal vocals, the track has all the elements of back room Minimal-Synth there, but also contains something of a bounce to it. It’s a nice compliment to ‘The Staircase’ and bodes well for the forthcoming album.

New York Minimal Synth duo Xeno & Oaklander’s released their new single, ‘The Staircase’, this week. An arpeggio fuelled synthesizer lament, the analog electronics conveying just as much frustration as the lyrics. Still, the track isn’t nearly as cold as the outfit’s previous offerings, ‘The Staircase’ is almost warm and dreamlike, if a little edgy.

‘The Staircase’ is taken from Xeno & Oaklander’s forthcoming new album, ‘Sets and Lights’, which drops 11th October via Wierd Records.

‘The Staircase’ single is out now.