We’re big fans of Rex The Dog around these parts. He’s like this nexus point of everything we hold dear; SynthPop, Disco, Electro, Italo, vintage drum machines and analog synths. There’s nothing glossy or overproduced about Rex’s music, this is the raw sound of electronic music. Groove leaden and intricate. Robotic drum machines ticking and undulating modular arpeggios.

Arpeggios that, these days, come from an increasing number of had-made modular components born of the time between 2013’s Do You Feel What Feel?, and Sicko from earlier this year, not being wasted. The more human side of the dup, Jake Williams, having spent 2014 and 2014 taking electronics classes to learn to build rack modules exactly how he wanted them.

Once on the way to building his new colossus Jake and Rex (the canine contingent part of Rex The Dog) returned to releasing, and returned to their original label Kompakt, to drop Sicko on us a few moths ago and are now following that up with another three tracks of organized electronic chaos in the form of the You Are a Blade EP.

The EP’s title track is an atmospheric slice of Sci-Fi Electro. You Are A Blade could easily soundtrack a dystopian future with its; gruelling Techno bassline and array of ethereal lead lines. Sweeping over an old School Electro beat, layers of analog warbling paint a neon soaked picture loaded with mystery and intrigue. But don’t worry, it’s a full on dancefloor  beast too, and when it hits it’s peak around the seven minute mark you will be compelled to dance. Musik Hypnotises, the first of the flip-sides is an analog squelching excursion in nostalgic grooves. This is proper Electro, B-Boy style, with added 303-esque riffs. It brings to mind some of the darker Electro and Acid experiments of Juan Atkins. If you like Post-Kraftwerk robot beats and burbling Acid hook then this one is for you. Intoxicating and imposing. The EP completes itself with Iain Bank homage Wasp Factory whose spiky modular synth patterns complement the title perfectly. A powerhouse Techno track with unrelenting layers of intertwining hooks that was no doubt the result of Jake jamming with his modular set-up. You Are A Blade is one for the synth aficionados as well as those who love losing themselves in deep electronic soundscapes on the dancefloor.

Rex The Dog’s You Are A Blade is out now. 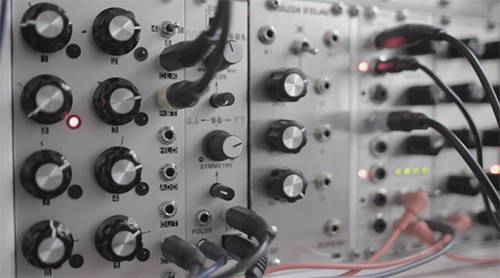 Rex The Dog’s new single, Sicko, finally turned up on 12”. So we’re happy. The single is out now on Kompakt and should be a must listen for anyone who a fan of synthesizer music.

Rex The Dog’s Sicko is out now. 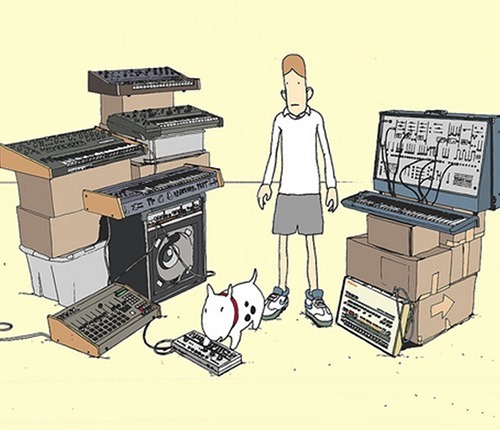 Jake and Rex are back in the game and going home. Their new single sees Rex The Dog returning to their original home, German Techno label Kompakt. Easily one of the finest producers out there, Jake Williams and his four legged friend combines his love of 80s SynthPop with analog Disco grooves and twisted DIY Techno to create a sound unlike any other. This uniqueness will only be enhanced by Jake spending the last couple of years learning how to build synths. Sicko was composed on this home-made equipment, check it out.

Sicko is a spacious tune, but the stripped down elements it works with are used to their fullest to deliver a rich and full sound. Innovative arpeggiated rhythmic modulated voice sampling provides a unique and compelling core for the track; which then accessories with vintage Electro beats and Techno effects. This is the space that Rex works best in, taking eclectic instrumentation and turning into something effortlessly funky. Over it’s six minute length Sicko just keeps delivering the surprises, so dive on in. Fire up the strobes lights and raise the dog with laser eyes, Rex is back to wreck shop.

Rex The Dog’s Sicko is released 2nd March on Kompakt. Pre-order the 12” here, we have!

Directed by Thomas Torres, the clip cuts a sombre mood whist showing of the Budapest location.

New York Minimal Synth duo Xeno & Oaklander signed up with Ghostly International late last year, which strikes up as a fitting pairing. They’ve just announced their first release for the label, their new album Par Avion, due out in June. The record was inspired by synaesthesia, and you can hear the opening tune below.

Interface feels like a more focused Xeno & Oaklander than ever. It’s a spacious SynthPop tune that flutters in and out of a early New Order-y vibe and washes it was a distinct Shoegaze sound. Imagine Horrorhead era Curve and Joy Division collaborating on a track produced by Kraftwerk and you’re somewhere in the right ballpark. Blissful to listen to, this definitely has us interested to see what direction the new album takes.

Here’s another new video from Minimal Synth outfit Soft Metals’ amazing sophomore album, Lenses. This time the brooding No Turning Back gets the spotlight. The band are heading to Europe on a month long tour in April, check the dates here.

The clip was directed by performance artist Erica Schreiner, who we think might need a hug.

Soft Metals’ Lenses is out now. 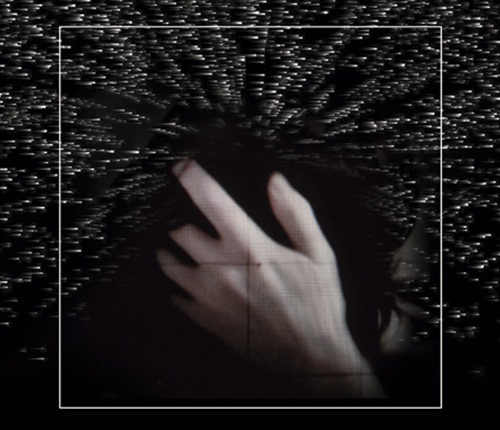 When two acts we’re particularly fond of come together it;s always a cause for excitement. Especially when those two acts are at the forefront of intelligent electronic music. Portland Minimal Synth outfit Soft Metals’ Lenses album was one of the highlights of last year for us, so we’re stoked to hear there is a reMix album on the horizon, even more stoked that one of the reMixes comes from ex-Violet Tremors; L-Sedition, further stoked to première the reMix right here. That’s a lot of stoked, we know, but listen to the tune and you’ll hear why.

The reMix is actually surprisingly Housey, with a real old school flavour that’s a mix of Chicago and Detroit.The hypnotic beat, best suited to strobe light business, carries you along past waves of grinding synths and sparking arpeggios. With just a haunting hint of the original’s vocals, L-Sedition crafts an engrossing, striped back, vintage Dance sound without forgetting the edgy SynthPop roots of the track.

♫ Soft Metals – When I Look Into Your Eyes (L-Sedition reMix) 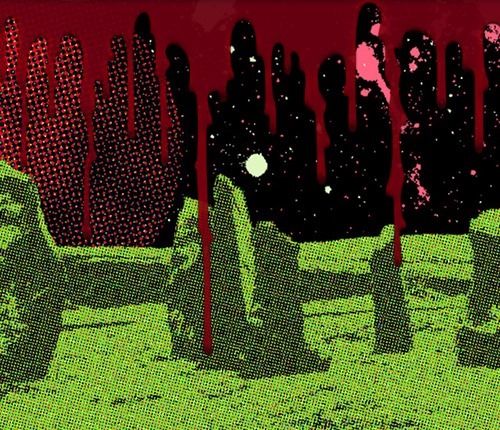 What better day than Halloween to continue your journey down the rabbit hole that is the world of Mild Peril. The latest release from London’s Italo Experimentalist comes in the form of a brand new four track EP. It’s a double A-side affair, first up is two versions of Wizard’s Pupil, followed by two versions of Arp Of Pan on the flip. Pretty Proggy titles, huh? Well, it is Halloween. And don’t worry about the names, hit play any you’ll be treated to some serious cosmic synth narrative. You won’t regret it.

Both track come in two flavours, First Sequence and Second Sequence. Wizard’s Pupil stars life as a burbling slice of moody Italo, the creeping dread of mid 80s Horror movie soundtracks evident as Mild Peril’s musical story starts to unfold. Clocking in at 8 minutes Wizard’s Pupil (First Sequence) has plenty of time to evolve, morphing from the melancholy synth of it’s beginnings into an optimistic, even uplifting, slice of electronic wonder, which is carried into it’s Second Sequence where the shiny, hopeful, synths are complimented with a retro dancefloor beat. Arp Of Pan continues to play both the atmospheric Italo and cinematic SynthWave cards, undulating waves of arpeggios crashing against a steady groove to create something quite hypnotic broken by twisting and rousing solos. The Arps’ Second Sequence bring takes the mood to a more pensive place for the EP’s closer, with a deep and mysterious fifteen minutes of synthetic bliss. Another storming release from Mild Peril and a must for synthesizer fans.

Mild Peril’s Wizards’ Pupil/Arp Of Pan is out now on Bandcamp.

Here’s the video for Portland Minimal Synth outfit Soft Metals’ On A Cloud, taken from their amazing sophomore album Lenses.

The clip was directed by Erica Schreiner, who commented “The story in the video speaks about how living in a dream or on a cloud, doesn’t last for long and can be a deception. Very quickly too much sweetness can make you sick.”. 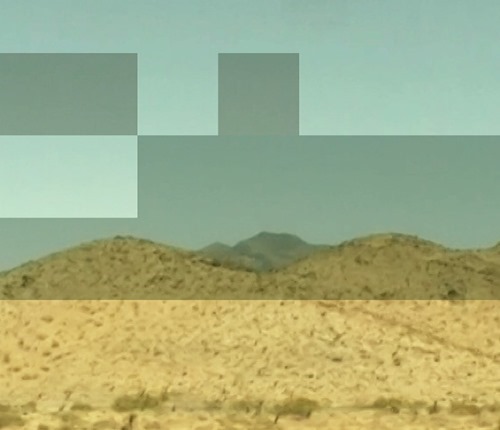 Sadly, our favourite Minimal Synth duo Violet Tremors are no more. While Jessica continues to explore dark minimalism with noNViolet, Lorene is taking an altogether more epic approach with her new outfit L-SEDITION. What we’ve heard so far we’d probably call something like Cryptic Cinematic Techno, if we wanted to call it something, which we don’t, so just ignore that bit.

L-SEDITION’s first tune is called You Pay, and it’s a sprawling six minutes of Sci-Fi synthetics. Layered with burbling arpeggios and growling synths, You Pay carries the listener along on a hypnotic journey, occasionally interchanging the chainsaw stabs with lush, rousing strings. Complex and intricate rhythms hail the robotic march of the tracks groove as the whole delivers something that is both machine like and very human. A good start we think.

Check out more from L-SEDITION on SoundCloud.