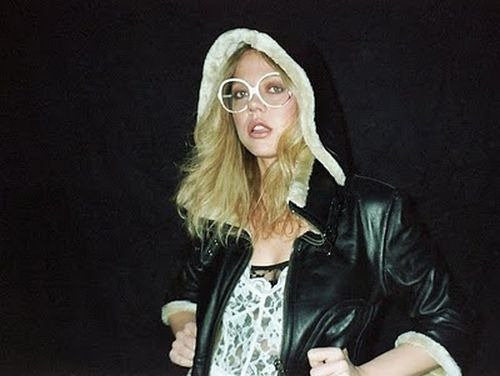 The awesome MNDR’s current single, Feed Me Diamonds, from the amazing album of the same name has has a radical going over from RAC. The collective have completely stripped down the track and rebuilt it in a funky new form.

André Allen Anjos took up the RAC reigns for this one, removing all the quirky ElectroPop and replacing it with a solid Disco groove that rests on a piano hook and popping groovy bassline. And for such a departure from the original it really works. There’s a nice hint of plucked strings from the original in the chorus that adds a kind of dancefloor drama in this context. This is what a reMix should be, completely different from the original but just as good.

MNDR’s Feed Me Diamonds is out now.

We’ve got some Moroder Disco going on right now with this new reMix of Brooklyn Disco orchestra Escort’s Starlight by one or more of the Remix Artists Collective, RAC. Actually, we know who it was, it was Andre Anjos who put together this arpeggiated monster, but where’s the fun in knowing that?

So, we have the Italo-esque Moroder arpeggiated bassline forming the core of this track. And when you have such a huge Disco voice as Adeline Michèle’s to play with, the temptation not to go all Donna Summer must be overwhelming. On top of that a real vintage feel rides the groove with emotive stings and just the right amount of Cosmic flourishes. Retro future diva stuff right here.