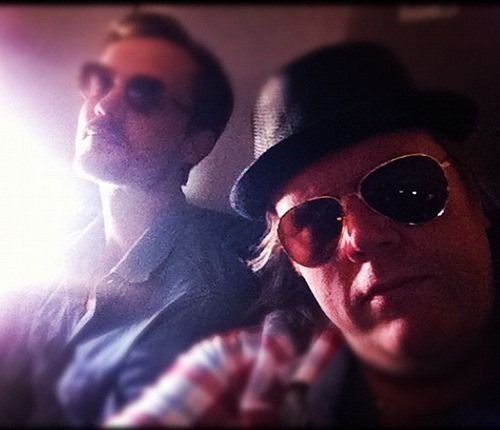 MiGHty mOUse and Matt Van Schie are back in their Du Tonc guise with the eagerly awaited follow up to January’s Every Song. Written on the radio in the US, Animals marks the start of the journey toward the duo’s début album, of which they are putting the finishing touched to right now. These guys have made a big impact on the Nu-Disco and Indie-Electro scenes since the start of their collaboration back in 2013 and we are pretty pleased they are going the album route (it’s a format we, unlike a lot of people, feel is still very important. It;s gonna’ be a big year for Du Tonc.

Animals serves up generous helpings of, what is now, Du Tonc’s trademark sound; blissful Topical-tinged Indie-Electro with a solid Disco backing. Blissful it may be, but don’t mistake it for shallow. Animals, as with the rest of Du Tonc’s output, is wildly more cerebral than it’s contemporaries, with Matt Van Schie giving an emotional and intelligent performance over a intricately crafted combination of summery ElectroPop and retro-futuristic Cosmic Disco. As ever, Du Tonc deliver something for both the head and the feet.