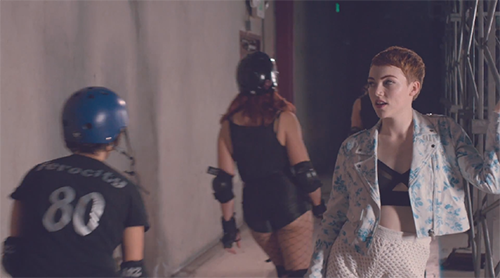 Last week UK  ElectroPopstar Chlöe Howl released the new video for her track Disappointed. Slick modern Pop that is slated to be her next single.

The video tells a story through the medium of Roller Derby. Which is fair enough.