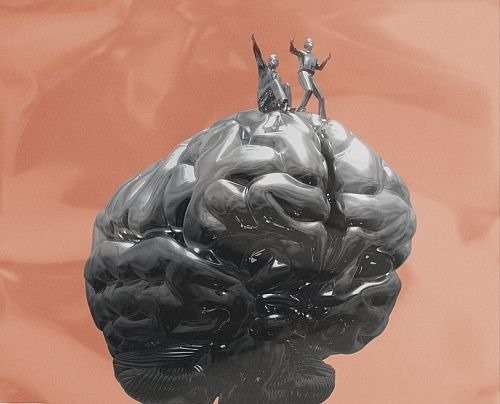 The next offering from Yuksek’s Partyfine label was released this week. It’s the pretty eagerly awaited new single, and third collaboration, from Peter & The Magician. The duo, which of course consists of talented Electro producer Yuksek and mixtape creator The Magician, have previously given us Twist and Memory, both amazing tunes, how does On My Brain stack up?

Featuring the vocals of Sophie Galpin, the voice of Figure Of 8’s No One Cries For Me, On My Brain sees Yuksek adding a little 90s House vibe to his sound. Still instantly recognisable as Yuksek, especially in the tracks piercing leads, there’s an added warehouse vibe in the bass section and rave drones. Along with Galpin’s resonant vocals, that really makes the track what it is, it’s all neatly tied together by Yuksek’s not-inconsiderable production skills as he takes these disparate elements and creates a cohesive, and funky, whole. This one’s going to fill dancefloors.

♫ Peter & The Magician (Feat. Sophie Galpin) – On My Brain

Peter & The Magician’s On My Brain EP is out now on Yuksek’s Partyfine label back with the JD Samson featuring Peter Pan.

Buy Peter & The Magician’s music from: