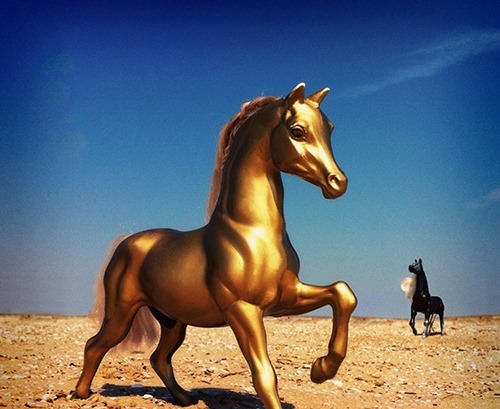 France’s On The Fruit Records have snapped up the début release from ‘not French’ Paris residents 2CV. Spun out of the club they ran of the same name Guido le Saint & Jus de Veau easily shifted their focus to producing what the like to call “living room Disco”, which we guess means intimate and funky electronic music. Let’s take a look.

The release is a double A-Side single, Bacon and Afrique are both sample heave examples of innovative Nu-Disco. Not tired old 70s grooves and over side-changing here, there’s something a little more interesting going on. Bacon takes it’s inspiration from a rugged guitar sample and builds a Electro Disco framework around that out of warm synth bass, and bright, springy leads. All these elements coalesce to form a floorfiller with a unique enough sound to stand out from the crowd. It’s flipside, well, you might want to be sitting down for this…it’s flipside samples one of the greatest songs of all time, Toto’s Africa. We always say, when you;re tired of Africa, you’re tired of life. Afrique doesn’t go crazy with the Toto sampling, just takeing the bares of hook and using it to underpin a Cosmic track that flirts with the suggestion of old school Rave and Acid House amongst a Spacey, sometimes gritty, but ultimately comfortable dance track that really is designed for a peak-time-lost-in-dance situation.

2CV’s début single is out now.