The shaping-up-to-be-utterly-amazing new project from ex-Van She man Matt Van Schie and ex-Van She man Touch Sensitive; Tear Council have offered up another new tune for us. My Car follows on from the duo’s début single Anywhere, and continues in a similar vein. While we were writing this post we wondered what happened to Tomek, Matt, Michael and Nicky have done loads of post-Van She stuff but Tomek is barely heard from. Well, Tomek is now a furniture designer. So that happened.

Anyway…My Car glides out of the speakers in that breezy Van She manner we’re all used to. Low key and subtly smooth, My Car blends easy going basslines and relaxed Disco beats with a cheeky vocal that doesn’t take itself to seriously. The waves of summer evening synths that roll over the track capture a carefree mood and are the icing on the nostalgic cake. Pure sunshine bliss.

Tear Council’s My Car is out now.

The gloriously retro début single from ex-Van She man Matt Van Schie and ex-Van She man Touch Sensitive, Tear Council’s Anywhere, has not as a spanking new music video to go with it’s lavish, emotional SynthPop.

Tear Council’s Anywhere is out now.

Matt Van Schie sure does know how to pick his musical partners. The Van She mastermind has most recently been kicking around with MiGHty mOUse as the wonderful Du Tonc. While the mOUse is busying himself with some mOUsey stuff (more on that in the near future!) the other Matt isn’t sitting on his laurels. He’s teamed up with one of Australia’s hottest Disco producers, the Pizza Guy himself, Touch Sensitive (which isn’t that surprising, as Touch Sensitive is actually Van She guitarist Michael Di Francesco, formerly Arithmatix!. Are you keeping up?). The new project is called Tear Council, here is their first record, Anywhere.

Unsurprisingly, Anywhere is a strong Van She vibe. Think Van She’s more chilled, introspective moments with a Tropical Disco groove. It feels like these guys are staying true to themselves and their writing style, but incorporating all the influences and musical lessons they’ve learnt from he past few years in various dance music outfits. The song itself is a lush and emotional antipodean croon, a mature evolution of Van She’s carefree Indie that drapes itself over an inviting blend of laid back Disco and infectiously catchy Tropical leads. The ultimate city nights jam?

Check out more from Tear Council on SoundCloud. 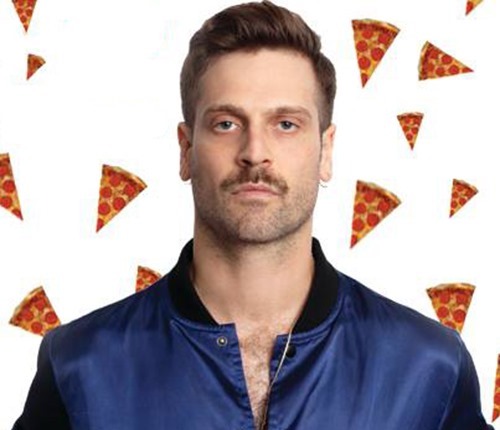 Australian producer Touch Sensitive A.K.A. Van She guitarist Michael Di Francesco, still riding high on the success of Pizza Guy is back with some new music for you. It’s a nice chilled contrast to his other material and holds some nice retro surprises. Enjoy Slowments.

Slowments is, on the surface, a smooth LA style jam. A poolside groove that within it holds an ethereal, magic quality and an abundance of 80s style sampling. Background sampled scratches and orchestral hits pad out the laid back funk of the track. Not surprisingly then, you’ll find the basis of the track is Art Of Noise’s Moments In Love, twisted in blissful Disco ways. 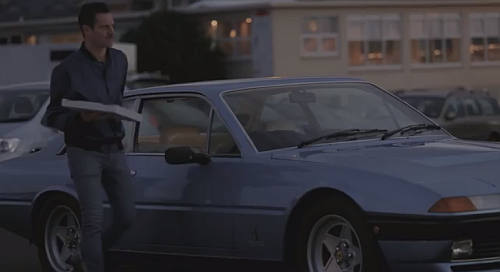 Australian producer Touch Sensitive’s Pizza Guy has been making some serious waves in Nu-Disco circles this past month, out now on Future Classic the track is a euphoric slice of synthesizer boogie.

Adding fuel to the fire is the brand new video. Directed by Entropico, the clip features cameos from Van She, Flume, Jagwar Ma and Chet Faker, with the star turn of the pizza guy performed by Touch Sensitive himself.

Future Classic , this week, released the new single from Australian DJ and songstress Anna Lunoe. The single sees her teaming up with fellow Aussie producers to funky effect and is accurately billed under Anna Lunoe & Friends.

The two originals on the single, the A-Side Real Talk and its flip, I Met You see Anna Lounoe collaborating with Touch Sensitive and Flume respectively. Touch Sensitive is Michael Di Francesco of Van She, so you know to expect some Tropical vibes. You may no be prepared for just how Tropical it really is though. It’s like a Bounty advert and Chicago House had offspring. Chopped up vocal and a big piano hook sit nicely alongside the island percussion in a ‘90’s House track that you won’t be able to help your self smiling to. Flume’s team-up, I Met You, brings more of a laid back Disco infused ElectroPop vibe to the EP. Indescribably summery, the twisted Moog synth line and hollow bass making for some seriously chilled Disco vibes. Anna’s intimate vocal draws you in to a pure feel good tune, in fact the whole EP is just about chilled summer good times. Pure part soundtrack stuff. The master of the Disco edit Late Nite Tuff Guy gets in on the action too with a Dub of I Met You. He works his Nu-Disco magic and sends the track straight to the danceflor. Check the EP for a mix from DJ HMC for some jump up party house.