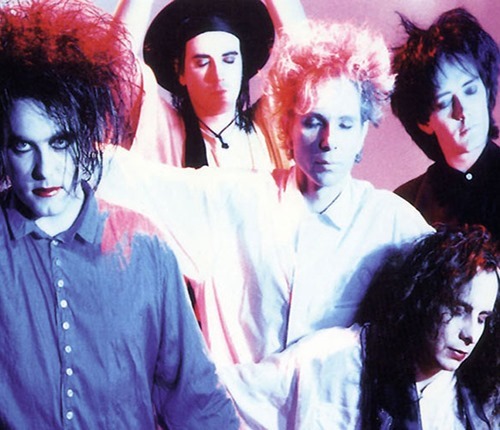 How would you go about taking a beloved late-80s IndiePop classic and serving it up to the desert island Disco masses? Well, just ask London based French ElectroPop duo The Penelopes; ‘cos they’ve turned in this equatorial Pop masterpiece  reMix of The Cure’s Just Like Heaven.

Too cheery to ever really have been Goth, The Cure sound the most upbeat they’ve ever been as The Penelopes wash the track in the most Tropical of vibes. Steely purcussion, pulsing synth basses and a hand-clapping Disco beat all work surprisingly well with Robert Smith’s vocal. The Penelopes produce what might be their densest track to date, loading the four and a half minutes with layers of pads and melodies, all coming together for an uplifting and epic experience.

Buy The Cure’s music from:

We heard from a few sources earlier in the week that ElectroPunks Crystal Castles were releasing, as a future single, a version of ‘Not In Love’, from their second self-titled album, that would feature the vocals of The Cure frontman Robert Smith.

Well here it is! It’s actually a lot better than I thought it would be, somehow it just works. Robert Smith’s unmistakable voice sits atop Crystal Castles’ noisy electronics surprisingly well. It may have been one of CC’s poppier songs to begin with but I wasn’t expecting the collaboration to sound so ‘right’.

‘Not In Love’ will be Crystal Castles’ next single, after ‘Baptism’, on 6th December.