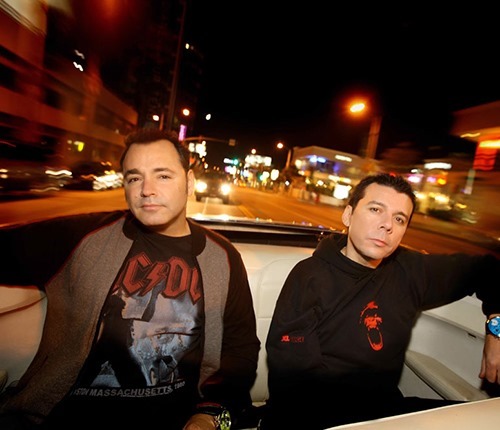 America’s involvement with dance music, in general, can probably be condensed into two distinct eras. Firstly America invents modern dance music (Disco, Hip Hop, House, Techno) before mainstream white male America decide that dancing with other guys is ‘a bit gay’ and kills dance music in a way that would effect the US market for decades. Then, in recent years, some amazingly cleaver marketers and major label board members figure out how to package up various strands of electronic music, add in a little testosterone, and call it ‘EDM’ to sell to mainstream white male America on the grounds that it’s no longer ‘a bt gay’. However, during the bleak, dark years for electronic music in America (the 90s and 00s) there were small strongholds of resistance. One of the biggest names to come out of this resistance was The Crystal Method. American main-room big-beat Techno at it’s finest. And now they’re back.

We were pretty trepidations about the new The Crystal Method tune, it would have been so easy for them just to play on being a big name in US dance music and turn-in an uninspired ‘EDM’ track, a lowest common denominator crowd pleaser, and packed areas. Emulator is a massive Electro-House tune, and definitely a crowd pleaser, but the duo managed to deftly avoid the ‘EDM’ pitfalls, the cheese or the clichés. Sounding, a surprising amount, like The Crystal Method of old Emulator sports layers of dirty, chainsaw synth riffs, vocal snatches and a juggernaut bassline. Body shaking powerhouse Electro.

The Crystal Method’s Emulator appears on their new, self-titled album, due out 14th January 2014.

Buy The Crystal Method’s music from: