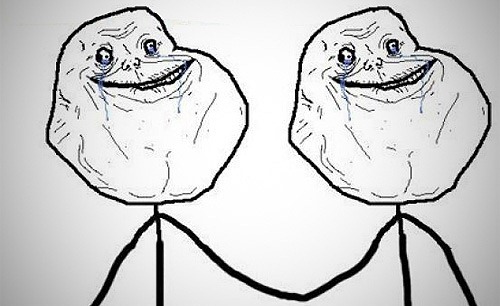 I could have written ‘exclusive’ or ‘world première’ up in the title, but I really can’t be bothered ‘cos I hate that blog politics bullshit. Let’s all just post good music, huh? This is a world première, but let’s hope it gets picked up by loads of other blogs and this awesome slice of SynthWave/Nu-Disco spreads across the music-blogosphere like cancer.

Something about digitalfoxglove always troubles me, he deserves far more recognition than he gets. Some of this is because it takes him a million years to finish anything, but mostly I haven’t got a clue why he isn’t up there with the big names of the Nu-Disco scene, because he is easily as good, if not better, as any of them when it comes to arrangement and production. Just take ‘Alone Together, Alone Forever’, the main riff highlights DFG’s skills, it’s so catchy it’ll be stuck in your head for a good few hours after listening, it’s also just the right side of euphoric that’ll it’ll just have everyone of the dancefloor grinning their faces off. And it’s the dancefloor where this track should live, driven along by a hard beat and growling bass for your feet and sparkling synths for your head, ‘Alone Together, Alone Forever’ need to be in the big room, now!

digitalfoxglove is currently working on a new EP alongside his duties in Ride The Universe.