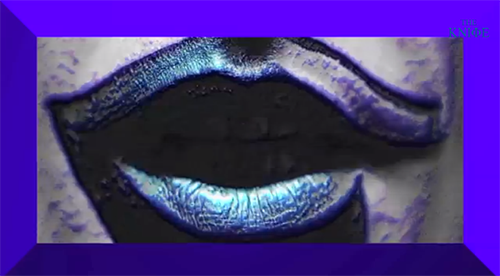 Check out the video for the track, created again by Planningtorock. Abstract shapes and colours ahoy!

Following on from Full Of Fire, Swedish ElectroPop Experimentalists The Knife’s second new video from their forthcoming Shaking The Habitual album is A Tooth For An Eye. It’s an undulating avant-garde workout, blanketed in warm tones and percussion.

The video, challenging gender roles, was directed by Roxy Farhat and Kakan Hermansson, gets their point across whist managing to me both mysterious and funny.

A Tooth For An Eye is taken from The Knife’s forthcoming album, Shaking The Habitual, released 8th April,

We were going to write about this track, Sweedish IcePop siblings The Knife’s long awaited return single, Full Of Fire, last week, Using the Juno stream of the track. Then the Juno stream got pulled and there hasn’t been a stream of the whole song from an official source since, so out words went to waste. Today, the video dropped, so we can present the song is all it’s glory. A beautiful and engaging nine minute epic and everything we’d want from a The Knife track. At points the track feels more like being privy to a special The Knife live jam session as the duo constantly evolve the popping drums and abrasive synths. More true to the original ethos of Industrial Music that anything released in the past two decades, this Coldwave oddessy is made all the more appealing by Karin Dreijer Andersson’s welcoming vocals.

The video is a short film by Stockholm and Berlin-based feminist director Marit Östberg, who had this to say “The film ‘Full Of Fire’ consists of a network of fates, fears, cravings, longings, losses, and promises. Fates that at first sight seem isolated from each other, but if we pay attention, we can see that everything essentially moves into each other. Our lives are intertwined and our eyes on each other, our sounds and smells, mean something. Our actions create reality, we create each other. We are never faceless, not even in the most grey anonymous streets of the city. We will never stop being responsible, being extensions, of one another. We will never stop longing for each other, and for something else.”

Full Of Fire is taken from The Knifes forthcoming album, Shaking The Habitual, released 8th April,

Ellie Goulding’s live cover of The Knife’s ‘Heartbeats’ is the only cover I can tolerate (i.e. I love the original and hate Jose Gonzalez generic, uninspired, snorefest). Ellie’s voice, with it’s slight rasp, adds something to the song nicely. Wonderful news the that Russia’s coolest producer, Cosmonaut Grechko, has editied the hell out of it.

Dropping a nice chilled beat and some spaced-out synths in the background turns a nice cover into something pretty special. Grechko has actually turned the backing track into something a bit reminiscant of The Postal Service. It’s very easy to stick this track on the headphones and get lost in Grechko’s programming and Ellie’s voice.

This afternoon Ellie Goulding was featured in the Live Lounge on Jo Wiley’s BBC Radio 1 show, on top of performing her new single ‘Lights’ she also covered The Knife’s ‘Heartbeats’.

It was a pretty sweet acoustic cover too, the song lends itself well to Ellie’s voice. I’m probably going to get a bit hypocritical here though ‘cos I absolutely hate Jose Gonzalez’s dull-as-shit version of a song I love, but when Ellie does it acoustically I quite like it. Maybe I just hate Mr. Gonzalez’s dreary voice, or maybe I just love Ellie’s. Either way, I enjoyed this cover.

You can listen to the whole show here, and Ellie releases ‘Lights’ as a single 11th March.

No sooner had The Knife dropped the first track from their evolution opera ‘Tomorrow, In A Year’, we recited this reMix of the track ‘Colouring Of Pigeons’ by relative newcomer dAi.

He’s done wonders with the track, somehow keeping the abstract and theatrical vibes but making them conform to a steady dancefloor groove. It shouldn’t work, but it does! It’s something really different to hear that 80’s Electro beat and with the avant-garde percussion and operatic vocals.

♫ The Knife (In Collaboration With Mt. Sims And Planningtorock) – Colouring Of Pigeons (dAi Refix) (zShare) (MediaFire)

‘Tomorrow, In A Year’, the album,  will be released on Rabid Records on1st March.

We’ve been keeping an eye on SoundCloud all morning since they announced on their Twitter feed that The Knife would be débuting new material via their service sometime this week, and here it is.

The Swedish Experimental ElectroPoppers were commissioned by Danish performance group Hotel Pro Forma to compose the music for an opera based on Charles Darwin and his work ‘On The Origin Of Species’ and in a The Knife first they decided to collaborate with artists Mt. Sims and Planningtorock to “to capture the huge width of the Darwin and evolution theme”

‘Colouring Of Pigeons’ is a strange and intoxicating beast, undeniably The Knife (especially when Karin’s trademark vocals kick in) but the operatic feel to it gives it a life all of it’s own. Give it a few listens, it gets under your skin (in the best of ways), which, I suppose, makes it classic The Knife!

♫ The Knife (In Collaboration With Mt. Sims And Planningtorock) – Colouring Of Pigeons (zShare) (MediaFire)

The studio version of the opera, ‘Tomorrow, In A Year’ will be released on Rabid Records on1st March.