Those fine folk at Fiction Records must have read my big blog rant, or at least have some common sense, as they sent over the promo of Scandinavian ElectroPop heroes (and now slimmed down from trio to duo) Kate Boy’s début long player in enough time for us to spend a while with it and actually write a review to post in release week! It makes a change from the ‘here’s a new album that’s out tomorrow; can you post about it now?’ attitude of most. Ironically, although we’ve had a week or so with this album; this is one record that we could have safely said, on the first day we got it, was fucking awesome.

But we’ve been waiting for Kate Boy’s album for a long time now; and considering half the album is either songs we already loved from their string of amazing singles, or songs we already loved (and surprisingly knew all the words to) from their string of amazing live shows; us loving One was to be expected. It would have been very hard for Kate Boy to mess this one up.

Speaking of live; we hate to talk about Kate Boy without mentioning just how flippin’ good they are. Easily one of the (arguable the) best live ElectroPop acts around right now. Their live shows are energetic, engaging and as musicians the are unbelievably tight. More than that, though, Australian born Kate Akhurst herself has got a hell of a voice on her. If you get the chance to catch them, do yourself a favour….

It been a few year’s road to the album release. First causing a stir back in 2012 with Northern Lights, Kate Boy immediately became music blog darlings. We fell instantly in love with their mixture of Nitzer Ebb-esque post-Industrial percussive synths and warm, anthemic Indie-Electro vocals (with a hint of R&B) and while some outlets haven’t stuck around for the ride we think they’ve raised the bar with each release since.

Most of those releases are featured on One; kicking off with the album’s recently released lead single, Midnight Sun; a track that is perfectly placed as the first thing you hear. Midnight Sun sums up Kate Boy to a tea, driven by relentless big attack bass synths and hammerfall drums that underpin and array of icy, but somehow comforting, keys alongside Kate’s powerhouse vocals. This is Kate Boy’s perfect combination of aggressive and compelling with bubbly and inviting. Midnight Sun leads into the aforementioned Northern Lights, the more low-key affair that hooked us in the first place. A woozy bassed, stuttering anthem that still sends tingles down the spine. Lion For Real is a track that, despite being presented her on record for the first time, is a track well known to Kate Boy fans. A live favourite (the first of many), Lion For Real is an odd metaphor, but a sweeping anthem that works as a prime example of Kate’s vocal range; gliding from moody crooning in the verses to epic call-to-arms bellowing for the chorus. Human Engine, again, is a live staple that gets it’s first studio recording outing here. One of our personal live highlights, Human Engine wears wears it’s industrial influences in it’s sleeve underneath the passionate lament that is Ms. Akhurst at her most vocally expressive. At the end of side one Kate Boy give you a breather from all the abrasive euphoria with the darkly beautiful Burn, which makes for a nice palate cleanser before the track that is, for the most part, the peak of their live show. Higher, Akhurst’s equality anthem usually sees her at her most interactive with the audience, and that is recreated here with the reproduction of that optimistic energy and inclusive mantra amid a sea of rapid fire synths and wobbly bass.

If we had to pick, we would probably say that Self Control was our favourite Kate Boy track. It’s the closest they get to actually funky, thanks to an infectious and fluid bassline that give the song the most organic groove on the album. When I Was Young is, for the most part, our choice pick of the brand new tracks on One, we were unsurprised, then, to hear that it will be the band’s next single (due out in January). Easing in with a rumbling Acidic synth line, Kate growls her vocals over a selection of nostalgic sounds before When I Was Young launches into Kate Bush-esque rhythmic battle cry that stands out on side two as a personal and intoxicating opus. The Way We Are, another acclaimed single from 2013, brings some welcome familiarity; showcasing Kate Boy at their most Industrial with some melodic sampling that would have made Art Of Noise proud. This is paired side-by-side with Open Fire, Kate Boy’s other factory-floor-funk single from 2014 and it’s big sing-a-long chorus. The Album closes on Run As One, a slow grinding song which feels both introspective and, in the choruses, and epic closer with Kate’s vocals taking on a Post-Punk anger.

The bonus track on the extended version of One are In Your Eyes, from the Northern Lights EP, an epic tune that felt missed on the album proper (but, we guess, there isn’t room for everything) and the incredibly uplifting, yet quite biting, Temporary Gold. A tune which sounds weirdly like an Industrial Marina And The Diamonds, covering the same ground for topics too.

So there it is. We feel like we’ve been waiting years for the album’s release (mainly because we have) and not one second of it disappointed. Which, apart from being amazing, was a massive relief. Needless to say Kate Boy’s one comes so, so, so highly recommended. As does seeing them live if you can; that’s where the real Kate Boy experience shines the most.

Kate Boy’s One is out now.

We’ve actually been waiting a lifetime for someone to do a decent reMix of The Clash’s 1982 anthem Rock The Casbah. One that respects the original and feeds into it’s groove, whilst layering it in synthesizer goodness. Well Canadian producer Wolf Saga has come pretty close. In lieu of his début proper EP, which is coming soon, he’s released this reMix. A brave attempt and one which, for the most part, he pulls off with style.

Imagine, if you will, a heady combination of Piano House, ElectroPop and Electro-House all mixed up with The Clash’s Funk-Punk and a touch of Dreamwave in the breakdown Nah, we couldn’t have imagined it either. So we’re pretty glad that Wold Saga imagined it for us, because he’s done a band up job in translating Rock The Casbah from epic Punk anthem to epic Dancefloor anthem. Same rush of energy, same thrills, but with warbling synths and a floorfilling beat this time around. Grab this for your weekend.

Buy The Clash’s music from: 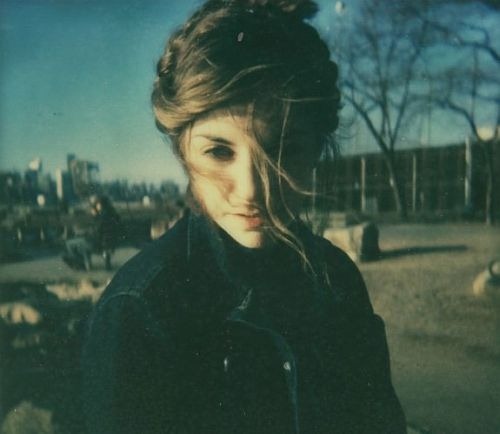 Acclaimed left-field ElectroPop outfit Keep Shelly In Athens have announced their signing to Cascine for the release of the début full-length record. To celebrate the occasion they have unleashed the first single from the album onto an unsuspecting world.

Madmen Love is four minutes of brutal beauty. Deep, ominous bass synths and fidgety, industrial percussion. It’s a track that has a lot in common with much Minimal Synth, dark synthetic pulsating, kling-klang beats and tormented vocals that are pretty relentless, giving way only briefly the the dreamiest of breakdowns, just to build toward a cacophonous climax. Taking in influenced as varied as  UK bass the more avant-garde Goth, Madmen Love is modern Post-Punk done right.

Keep Shelly In Athens’ Madmen Love is out now, the album is due July 2013.

Here’s the video, which feature a fitting collection of imagery intercut with some live footage. The clip’s got a nice retro feel to it, which works nicely with Automatic Writing modern take on early 80s SynthPop.

Automatic Writing’s Continuous is out now.