We do love it when two acts that we dig work together. Especially when we had no idea they were connected, in this pairing’s case, at all. Montréal based SynthWavers Le Matos have been cropping up on these pages off and on since way back in 2009. They’re one of a rare breed of SynthWave producers who have managed to keep their tracks consistently top quality and avoid getting repetitive. They’ve also not let himself become to insular on the SynthWave scene, having worked with and reMixed some diverse electronic artists such as We Have Band and Johan Agebjörn & Ercola. Le Matos don’t release new material with the crazy high frequency the SynthWave scene fosters, so when they so it’s something special to pay attention too.

And who have they teamed up with for this new track? Well, it’s none other than Pawws. This North Londoner has also been known to grace these pages on more than one occasion. Lucy Taylor made her way into all our hearts with one of last summer’s best vinyl released, her Sugar EP and we’ve been eagerly awaiting the follow up ever since.

That’s two fine artists right there, opposite sides of the Atlantic, who have both been teasing this collaboration for a while now and have had us itching to hear the results. They’ve brought together to release No Tomorrow, a track taken from form the soundtrack to forthcoming post-apocalyptic BMX flick Turbo Kid. From what we can gather about Turbo Kid it was set to be a retro fuelled thrill ride even before the soundtrack was full of awesomeness. No Tomorrow is out now accompanied by a blue heavyweight vinyl 7” release by Death Waltz, who will be releasing the full Turbo Kid soundtrack later this year.

You know we’re massive fans of Electric Youth here. Bear that in mind when we say No Tomorrow sounds a bit like Electric Youth…but better. Le Matos keep the production light and airy on this one; it’s lead line a raindrop pitter-patter of bright keys flowing gently over a spiky arpeggiated bassline and a wonderfully thick and robust vintage beat. Adding to the tracks breathiness is Lucy’s hushed and lilting vocals with a slightly more typical 80s arrangement than you’d hear on her own Pawws records. The combination of Le Matos’ dreamy, nostalgic sounds and Lucy’s optimistic tone makes for a classic sounding slice of synthesizer euphoria. Effortlessly uplifting and hopeful, No Tomorrow is a ray of musical sunshine with just the right amount of cinematic rhapsody to perfectly soundtrack some kind of beaten-the-odds scene in a movie, which we are presuming it does.

Le Matos’ No Tomorrow is out now. 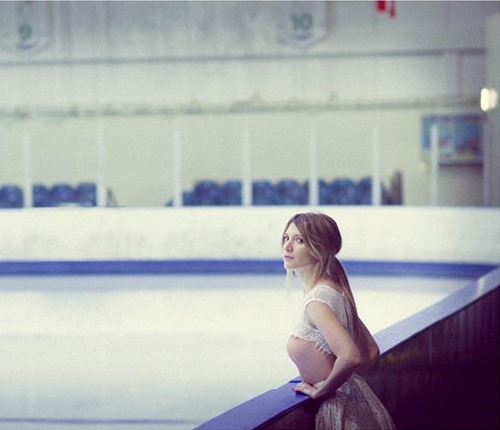 North-London’s ElectroPop songstress Pawws is back on the scene, following up on her awesome Sugar EP of last year. She’s got a brand new track in the offing, this one comes courtesy of Kitsuné Music’s latest compilation album, Kitsuné New Faces II, released later this month. Welcome back Lucy Taylor’s particularly enchanting brand of sweet SynthPop with Turnaround.

The track launches with some particularly 80s synths before pairing them with a quaint 60s vibe, a-la Saint Etienne. Both bittersweet and tongue-in-cheek, Pawws presents a decidedly British taken on ElectroPop whilst delivering something with universal appeal. Sparkling leads and waves of warm synths form a lilting backing for Lucy’s introspective and relatable vocal. She’s working on her début album right now, we can’t wait. 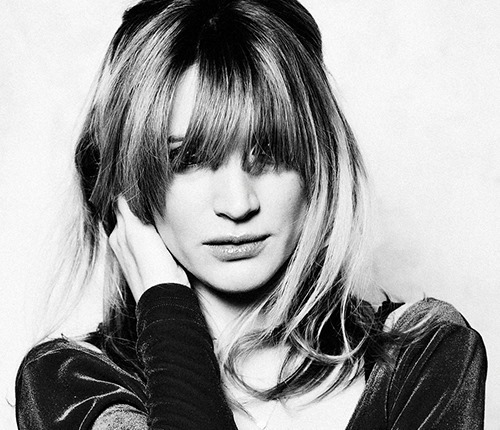 We’ve had our eyes, or ears, on North-Londoner Pawws for a while now, but never got around to writing anything. Well, prepare to have that remedied. Lucy Taylor is gearing up for the release of her new EP, titled Sugar, next month and it’ll contain this amazing retro-Pop gem. This is Give You Love.

It;s been quite a while since we’ve heard anything that manages to sound so fresh and contemporary, yet so incredibly 80s. Pawws song itself, is just that right blend of melancholy and optimism, and is modern Pop in every way. Sweet and slightly quirky, the vocals nicely contrast the rich musical accompaniment that is quintessential 80s SynthPop. It’s very easy (using the word ‘easy’ in context, not saying it’s actually easy!) to make modern Pop music, and very easy to make 80s throwback music, but not-so easy to pull of totally 2014 sounding 80s Pop. Pawws succeeds with buckets of style.