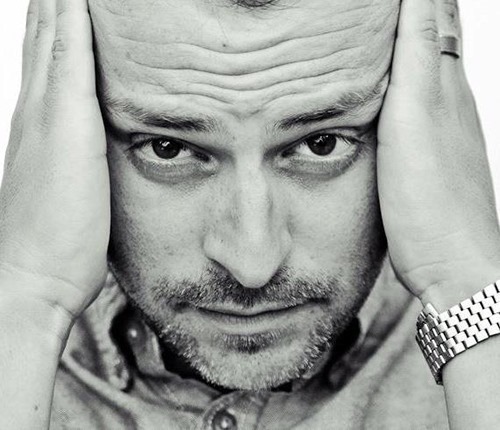 Do I need a disclaimer at the beginning of an article about Let Em Riot? I mean, he has graced electronic rumors records with his SlashWave EP way back when and Alan is considered electronic rumors fam around these parts; so yeah, there may be bias. But look at it this way, I sunk my own hard earned cash and personal reputation (although that second one is pretty worthless!) into Let Em Riot, I was that convinced of how awesome they were. When did you last invest in an artist ‘cos you were so excited by them, huh? Exactly. So shut up and let me write.

Speaking of EPs, Today sees the release of Let Em Riot’s latest EP on his Bandcamp page. The Programme EP is Let Em Riot’s fourth and, like the rest of his catalogue, see Alan exploring topics of love and loss to a soundtrack of sumptuous nostalgic synths. Dig in!

The EP kicks off with In Between. The thing with Let EM Riot songs is, no matter how melancholic they might be, they are always quite cheery and upbeat. You feel like even the tales of heartbreak have a happy ending somewhere. In Between dishes out the longing in spades between stabbing synth riffs and heavy duty drums (the drums are beefed up for this EP).

What sets Alan apart from some of his contemporaries is that, although he is making pure SynthPop, his songwriting and vocal style draws more from Indie and Alt-Rock than classic electronic music; and that’s a sweet combination. Rich synthesizer music and deeply emotional croon fit together perfectly. Saying that, though, I Don’t Want To Fake It is pure retro Pop. This tune could have easily charted in the mid-80s with it’s sparkling keys and fist-pumping earnest chorus. Kept fresh with just the tiniest injection of a Tropical groove. It.s even got some distant “Whoa-oh”s giving it a Nik Kershaw-goes-Tropical vibe.

Stranger Places’ Depeche Mode-esque post-Industrial rhythmic hammerfalls pin down this sweeping instrumental. It’s Sci-Fi soundscape ripe for cinematic visuals; Stranger Places is more nuanced and intricate than many of it’s peers, drawing as much from Jarre and the aforementioned Mode as it does from period soundtracks to delivers it’s melodic but tense package.

Want some unadulterated Let Em Riot? Upbeat beats, digital bass, heartfelt verses and big chant-a-long choruses, a nostalgic sheen? Well, Waiting For You has everything you need right here. This tune is the euphoric apex of the EP with relatable lyrics and some truly special synth riffing, this one’ll put a spring in your step.

The EP closes on Home Again, a beautiful, optimistic, heartfelt slice of ElectroPop. It’s raid fire bassline driving the track but never overtaking the considered delivery of the vocals, which seem to reign the machine gun synths in. Home Again brings to EP to it’s end but leaves a good taste in your ears.

See! That’s wasn’t to bias was it? Seriously though, if you like the three E’s, Electronics, Energy and Emotion in your music then you need to be at the very least investing Let Em Riot and you could do worst that starting with the Programme EP.

♫ Let Em Riot – Waiting For You

Let Em Riot’s Programme EP is out today via his Bandcamp page. 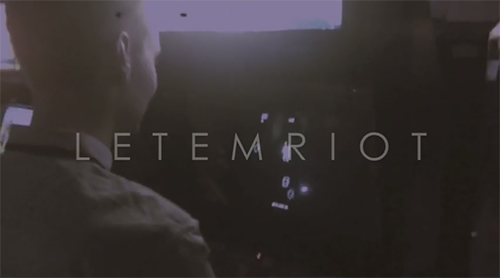 Sun Flares is taken from Let Em Riot’s new EP, Lines, which is released tomorrow. Just like The Manual and We Were Young it’s a deeply emotional slice of nostalgic ElectroPop brilliance. 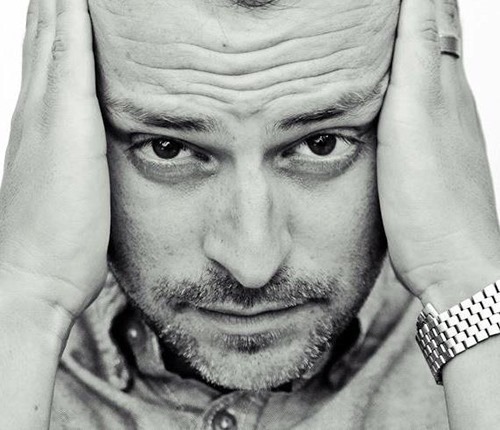 LA Dreamwave hero Let Em Riot is back with another new cut from his forthcoming new EP, Lines. He’s already teased with The Manual at the start of the month which already had us excited for Lines’ March release, this new tune just whets our appetite even more. Check out We Were Young.

We Were Young takes us back to everything we love about Let Em Riot; beautiful, emotional songwriting and authentic sounding, non-pastiche, retro electronics. It’s a stripped back tune, serving up the core elements of Let Em Riot’s sound and utilizing them to their fullest. Sparse synths and a choice beat deliver an introspective soundtrack for Alan’s heartfelt performance. Great stuff! 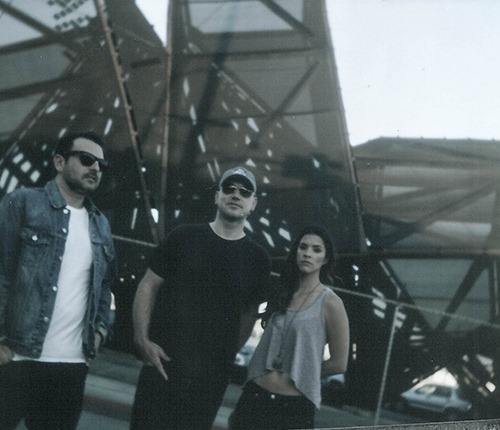 Earlier this month we unveiled he new tune from LA Dreamwave master Let Em Riot; buy while that’s been going on, the other project, Moderns is still ticking over. They’ve just released a brand new single titled Terrestrial. This one sees relative newcomer Rosie taking up full vocal duties and a shift from the retro nostalgia of past releases to something that boarders on SynthRock. Check it out below.

Rosie’s voice sound super powerful on this one (and not unlike Annette Strean from Venus Hum in places) as she belts out a huge tune set to hammerfall kicks and buzzing arpeggios. The song is majestic and bombastic in a way that previous offerings weren’t; it’s a tightrope to walk as more introspective, personal productions give way to epics. Earlier Dreamwave based production seems to have given way to this new stadium sound, but as long as they don’t add in some rockin’ guitars we’re all good. 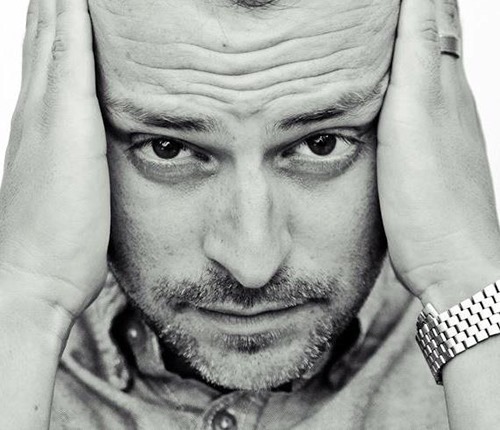 Although he’s been busy recently with his new band Moderns, Dreamwave genius Alan Oakes hasn’t forgot about the moniker that made us fall in love with his music. Let Em Riot is back with a brand new EP, which is pretty damn exciting news! Lines will be available in March, but here’s a taste of what’s to come in the form of the EP’s lead track, The Manual. Get involved!

The Manual clearly shows off why Let Em Riot stands head and shoulders above his contemporaries. Rich and involving retro SynthPop, loaded with buoyant synths and skippy beats, carries the song; spiky synth bass and sparking chines flowing in that organic way Let Em Riot coaxes from his machines while Alan puts in one of his top emotional vocal performances. A very welcome return indeed. 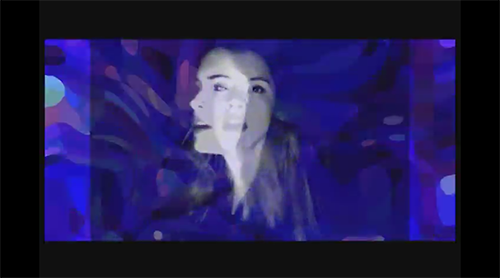 Here’s the new video from Let Em Riot side project Moderns. It’s for a track called Kowalski from their self-titled début EP; a sweeping and majestic slice of Dreamwave ElectroPop. There’s power in this one.

Check out the hypnotic video below, and grab their new EP right now on their Bandcamp page. 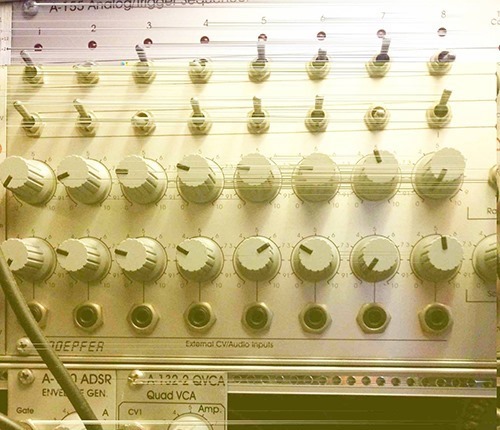 Here’s the next instalment in the story of Let Em Riot side project Moderns. Releasing a steady stream of tunes, these guys have already impressed with the likes of Sub Urban and Lies and as they gear up to (hopefully) releasing something properly they have unleashed Atlantic Sudden as the latest edition to their fast growing catalogue. Prepare for some lush, emotive, SynthPop.

Moderns songs tend to be slightly colder than Let Em Riot tracks. Well, maybe not colder, but slightly less personal feeling Atlantic Sudden being an example of this. It’s waves of icy synths and densely layered vocals displaying a rich emotional tone, but a less introspective one. This is a glossy SynthPop sound in comparison to Let Em Riot’s more raw ElectroPop. Which one is better? We’ll let you decide that; we love ‘em both. 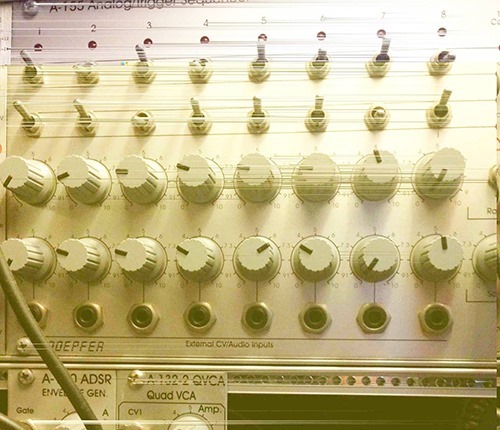 Here we have some new music from L.A.’s Moderns. Moderns is the new project from our very own Let Em Riot who is bringing a breezy Indie flavour to his emotional Dreamwave style. Following their début of last month, Sub Urban, their latest release is Liar and it continues their journey thought deeply personal and relatable SynthPop tunes and once again proves that Alan Oakes is one of the finest songwriters in the genre.

Liar shows off more of Moderns’ sweeping and nostalgic Pop music. Exquisitely produced, the track sounds like it’s cut straight from an 80s teen movie and then remastered for 2014. Spacious and washed with reverb, the track is densely layered but never sounds crowded. Even Alan’s vocals are given room to breather amongst the airy pads and snapping snares. While you’re here check out the duo’s cover of Echo & The Bunnymen’s 1985 single Bring On The Dancing Horses which let’s these guys really revel in their 80s Indie side.

♫ Moderns – Bring On The Dancing Horses (Echo & The Bunnymen Cover) 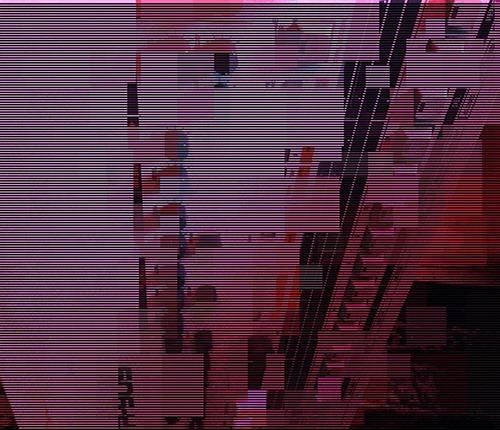 Moderns is the new project from out very own Let Em Riot. Alan isn’t alone in this venture, some Dude called Chris is along for the ride too; and between the two of them they are making some sweet, evocative SynthPop. The journey begins with Sub Urban, and a staggeringly impressive début it is too.

Sub Urban is a big cinematic slice of ElectroPop, but not one that eschews emotion for pomposity, this track has soul in truckloads. There’s an obvious comparison to Let Em Riot, with an added cleanness and sparkle.With a punchy bassline to power the track along, Sub Urban is loaded with starlight snyths and playful purcussion, tempered only by the occasional electronic growl. Alan’s vocals and as passionate and emotive as ever and nicely tie the tune together. We’re very excited to see where this is going. 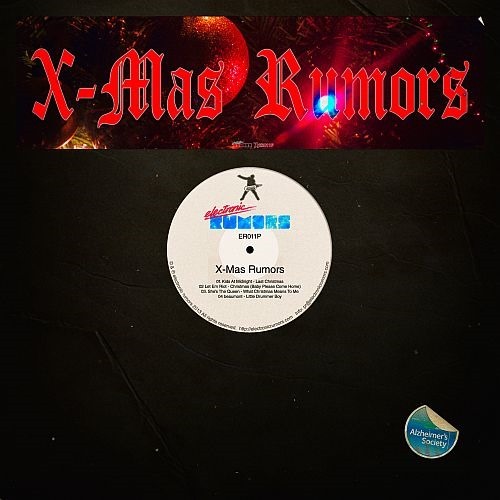 Hey readers. A couple of weeks ago my father passed away, you may have seen a lull in posts. When all was done and dusted I felt the need to do something, both to commemorate my Dad and to give a little to an organization that helps both sufferers and carers, especially at a time like Christmas. So X-Mas Rumors was born. Four artists from the label kindly gave me their time and talent (and hopefully had a little fun) cover four beloved Christmas tunes.

Soundtrack your Christmas party, and do a little good in the process, with this new EP loaded with electronic cover versions of classic Christmas songs. Four of electronic rumors’ finest artists have generously devoted their time to covering their favourite Christmas songs for X-Mas Rumors, and EP whose entire earnings with be going to the Alzheimer’s Society.

The EP is being released with a ‘pay what you want’ price mark, with 100% of the revenue going to the Alzheimer’s Society we’re hoping people are full of Christmas cheer and give generously.

♫ She’s The Queen – What Christmas Means to Me

X-Mas Rumors is out now.