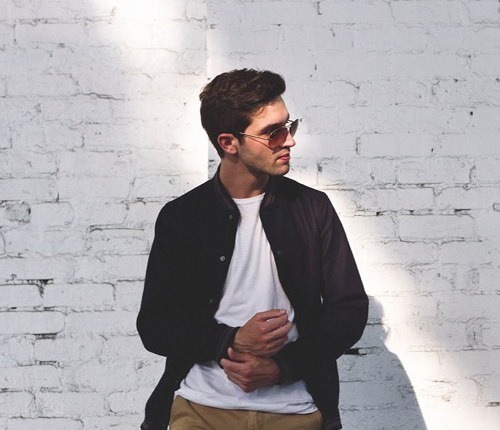 There are a few artists who have been with us since the beginning. Starting out not long after electronic rumours was born and we’ve follow their careers as they have progressed. Some flee by the wayside, never to be heard of again, and some went from strength to strength. Australia’s Jordan F is one of these artists we’ve been with since day one, and he’s definitely one of the strength to strength-ers. Starting out at the beginning of the second wave of Dreamwave artists (the scene have just come off MySpace) Jordan quickly rose through the ranks; showing himself as a producer enhanced musicality and a knack for retro flair without the constructions of genre.

He was quickly picked up by the elite best-of-the-best of the Dreamwave seen, Rosso Corsa Records (home to Mitch Murder and Miami Nights 1984) and, after flexing his musical muscles on numerous EPs, his début album Slipstream was finally released last year.

It’s a surprise, then, to learn that he’s following up with a sophomore long player so soon afterwards having recently announced that the sequel he’s coming soon. The announcement came with the Album’s premier single, Mesmerised.

Mesmerised comes equipped with vocal stylings of Canadian SynthWave scene hired gun Dana Jean Phoenix, a singer whose look and sound delivers an authentic 80s pop sheen to the tracks she collaborates on. Mesmerised might just be her finest appearance to date as she and Jordan tread the lilting, laid back, hazy nostalgia path laid by the likes of Electric Youth.

These two are a match made in vintage heaven as Jordan’s restrained and mature soundtrack of tight digital bass, understated drums and a sea of lush pads is prefect for Dana to weave a delicious and gentle 80s Pop ditty throughout. As with many of Jordan’s tunes his soaring solos steal the show infusing Mesmerised with the fluid excitement that plays with Donna’s vocals like a call-and-response. It looks like, with his new album, Jordan F be taking them to school once again.

Jordan F’s Mesmerised is out now.