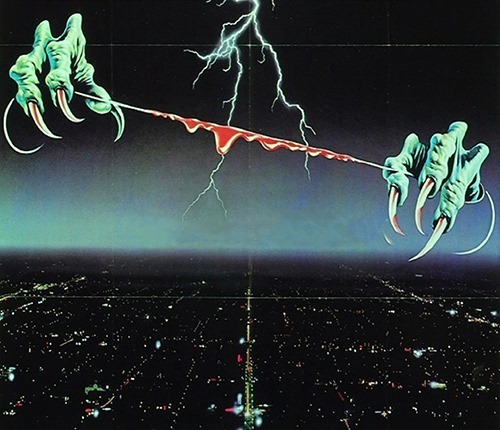 Released today, a fitting Friday 13th, is Spanish Nu-Disco and Dreamwave producer Shelby Grey’s new EP, Electric Illusions. Fitting as the new release sees Grey take a voyage into the worlds of 80’s synth Horror Soundtracks and moody Italo, all wrapped up in the man’s quirky Disco beats. Interesting stuff, and an anathema to the tidal waves of summery party Disco now the night are getting longer…and darker.

The release’s title track is a marching creepshow of synthetic basslines and spooky nightmare melodies, juxtaposed with a space-age Cosmic Disco groove. A Disco tune to make the hairs on the back of your neck stand up, Electric Illusions brings dread to the dancefloor. Possession continues the mood, but adds in some shuffling percussive breakbeats to the mix before the release plays out on Baroque Electrique. This final track is a pumping Italo/SynthWave soundtrack piece loaded with Disco flourishes. A rolling arpeggiated bassline drives the track ever onward with all manner of tense synth chords play out over the top, this one brings the strongest vibe to the EP whilst keeping up the mysterious theme running through. A good concept EP from Shelby, and a nice break from the norm.