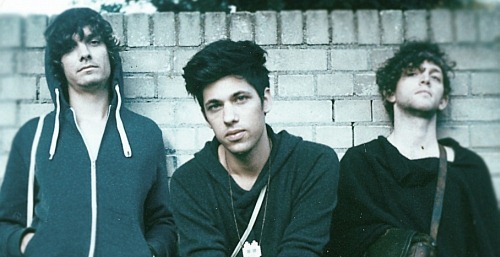 Panda People are a German Indie-DiscoPop trio that we featured on Pop-Fu 08, way back in 2010, they’ve been pretty quiet of late but are about to finish up their forthcoming new single ‘Two Sinners’ and release it to the world.

Apparently there are a few mixing tweaks that still need to be made ‘Two Sinners’ before the formal release, but the guys have let us share with you the song in it’s pretty-much-finished form. ‘Two Sinners’ just reminds us of everything we loved about ‘Sophisticated Girl’, it’s breezy vocals, lush synths and catchy chorus that just compels you to join in. There a hint of new York IndiePop about the track, a bit of Passion Pit, and a bit of Miike Snow but with a electronic Disco groove. Slick Indie licks rubs shoulder with shimmering synths and a carefree singing style. Sumer hit? With enough exposure it would a just the thing for a summer of fun.

‘Two Sinners’ will be out soon.