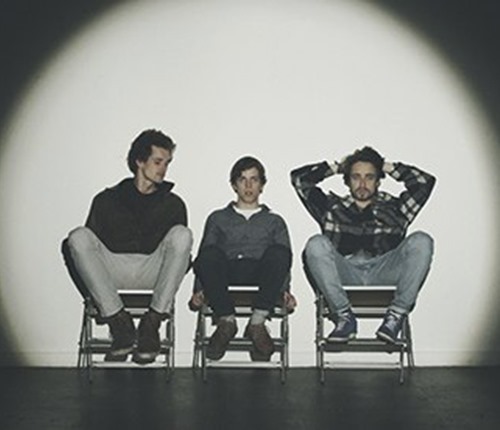 Dutch-based ElectroPop trio Say Yes Dog appear to be on a mission to get well and truly stuck in our heads. Permanently. Their post-Hot Chip Quirk-Pop is instantly likable and can be found on their recently released début EP, A Friend, from which we have two track right here. At times the tend to veer a little to far into the Chip’s established territory, in almost a homage style, but mostly it’s gets away with it due to an abundance of fun.

The EP’s title track, A Friend, gets particularly Chippy toward the end, but matins it’s own identity with it’s plinky-plonky snyths and delicious dancefloor beats. It’s mixture of melancholic croon and chirpy melodies actually working really well. Light, and funky, and ultimately feel-good, A Friend’s brand of SynthPop is just hard not to like. Around My Neck is similar in vein, albeit slightly more introspective. Electric piano led, Around My Neck warms things up with some buzzing synths and excitable rhythms, which seems to temper the suspiciously gloomy subject matter. We expect Say Yes Dog will be one of those bands that generates a lot of hype in the coming months, they’ve just got that vibe about them.

♫ Say Yes Dog – Around My Neck

Say Yes Dog’s A Friend EP is out now.