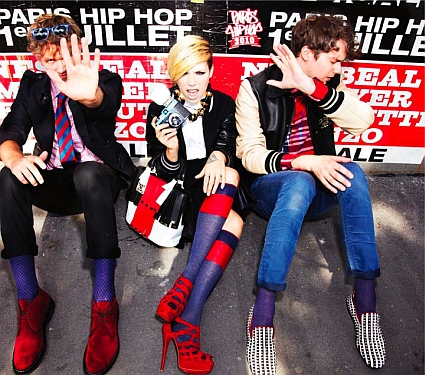 Oh CHEW LiPS, how you’ve been missed! Sometimes it takes reconnecting with a thing it realise how much it was missed.

And this new demo CHEW LiPS have just dropped have really made me realise how much I have missed them. Or, to put it a better way, made me remember what it is about them I love so much. I have missed the stripped down production that still manages to sound huge, missed the layers of toy-town synths, missed Tigs’ sassy, soulful vocals that bring an instant warmth to the tracks and missed the sing-along choruses.

Their second album is still a long time coming, but if this demo is anything to go by, it has everything I have missed by the bucket load.

CHEW LiPS are looking to release their second album late this year. 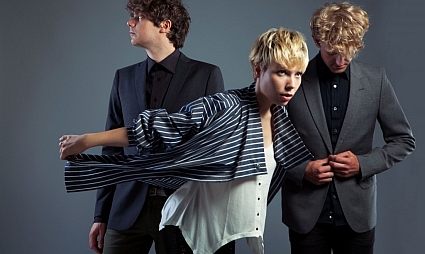 CHEW LiPS have had an amazing year.

Right at the start of 2010 their début album was released and it’s been twelve months of promotion and gigging since, and I can vouch for that having seen their awesome live show a few times this year myself.

As an X-Mas present to their fans for making their 2010 what it was Tigs and the guys have recorded a special X-Mas song for free. ‘When You Wake Up’ is one of the more X-Massy X-Mas songs I’ve heard this year, it’s all sleigh bells, plucked strings and fireside imagery. I reckon if they had released this for money it would have had a shot at X-Mas number one!

♫ CHEW LiPS – When You Wake Up

CHEW LiPS are looking to release their second album late next year.

CHEW LiPS are on a reMix roll!

Remember that team-up between Hot Chip and New Order’s Bernard Sumner and Hot City, to release a track for Converse’s collaborative series we wrote about a while back?

Well, now not only has it gone and got itself a video but also an amazing, analog bass pounding, reMix courtesy of CHEW LiPS. In the end result you can hear bits of New Order, bits of Hot Chip and bits of CHEW LiPS, it’s an odd mix, but very cool.

Check the video and the reMix below.

East London’s The Brute Chorus have got their bestest mates and electronic rumors faves CHEW LiPS to favour them with a reMix of their new single ‘Heaven’.

It a cool reMix, it’s got CHEW LiPS trademark blippy synth sound but also this really nice shuffling beat that is unexpected, but welcome, with the music. I’d actually like to hear more of vocalist James Steel working in electronic music as his voice and the synths makes for an interesting and unique combination.

‘Heaven’ is released 6th September with their self titled album coming a little later and featuring guest vocals from Tigs.

Congratulations to Twitter users @SallyTraffic and @HoxtonTit, they’ve won our competition in association with CHEW LiPS and Topman CTRL. Limited edition T-Shirts designed by Tigs herself are on it’s way to them!

Check out http://www.topmanctrl.com for news of the forthcoming Controllers tour.

Were still in the thick of our CHEW LiPS competition, in association with Topman CTRL, to win a limited edition T-shirt designed by the Tigs herself! There’s still a week to enter, find the info here.

As part of their stint as Topman controllers CHEW LiPS also hand picked the line up for a very special gig at the Cardiff Arts Institute, that was supposed to be on 16th April.

Well…certain Icelandic volcanoes had other ideas!

Stuck in New York and desperate to get to Cardiff (now there’s a movie I would go and see!) the band had to regretfully cancel the gig leaving troopers Party Horse to soldier on alone.

But have no fear ticket holders! The show has been rescheduled and tickets previously purchased will still be valid.

The new date is Wednesday 9th June at the Cardiff Arts Centre (support acts to be confirmed).

The good news is that gives you time to save up for that fancy hat you wanted to wear! Also, if you win a T-shirt in our competition it has time to arrive in the post so you can wear it with pride!

Maybe sometimes volcanoes are a blessing in disguise!

CHEW LiPS début album, ‘Unicorn’, and the current single ‘Karen’ are out now.

Each month Topman pick a current, exiting, UK band to become Topman CTRL Controllers, giving them a chance to share some of their inspirations and current raves on the Topman CTRL site, their month culminating in a headlining gig with a line up hand picked by the band. This month they have really outdone themselves by handing over the helm to awesome ElectroPoppers CHEW LiPS.

Here at electronic rumours we’ve managed to get our hands on a pair of exclusive Topman T-shirts designed by CHEW LiPS to kick off their control of the Topman CTRL site, http://www.myspace.com/topmanctrl, in April. 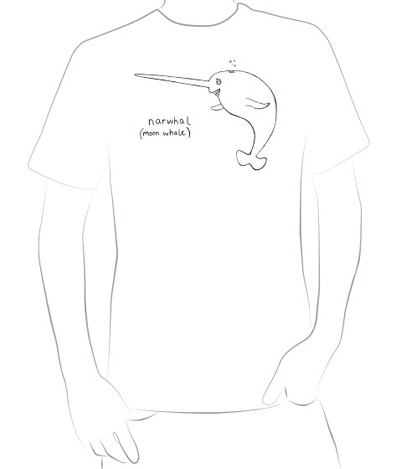 As is the CTRL way, CHEW LiPS will be headlining a night of great bands and great music hand picked by the trio. Alongside themselves will be Party Horse, Ten Bears and DJ Dan Strange! All this will be going down 16th April at the Cardiff Arts Institute in, obviously, Cardiff.

For tickets and more details check out http://www.topmanctrl.com

Oh please @electronicrumor, please sort me out with a limited edition @topmanctrl T-shirt designed by the wonderful @Chew_Lips! I wanna win!

Simple as that! Everyone who Tweets will have their name, quite literally, put into my porkpie hat and the winner will be notified via Twitter. We’ll keep things going until Friday 30th April and get in touch with the winners soon after.

CHEW LiPS current album, ‘Unicorn’, is out now and the single ‘Karen’ was released last week.

This reMix for We Are Enfant Terrible show what potential they have to produce some stunning reMixes. The Electro-Noise-Pop they lay down on ‘Wild Child’ is seriously something we’d like to hear more of!

The ‘Wild Child’ single is out now

We Are Enfant Terrible @ Beatport

We Are Enfant Terrible @ Amazon

CHEW LiPS’ have débuted the video for the next single from their absolutely sunning album ‘Unicorn’, ‘Karen’.

And check out some behind the scenes footage!

The ‘Unicorn’ album is out now and is defiantly a recommended purchase!

The countdown to the release of CHEW LiPS’ début album, ‘Unicorn’, on 25th January has begun! Here’s another reMix to keep you going until then.

‘Play Together’ will be the first single from the album and will feature this reMix by House producers WAWA who turn the ElectroPop track into a Big Room House floor filler with a hint of big trance synths too!

You can pre-order ‘Unicorn’ now from CHEW LiPS website.