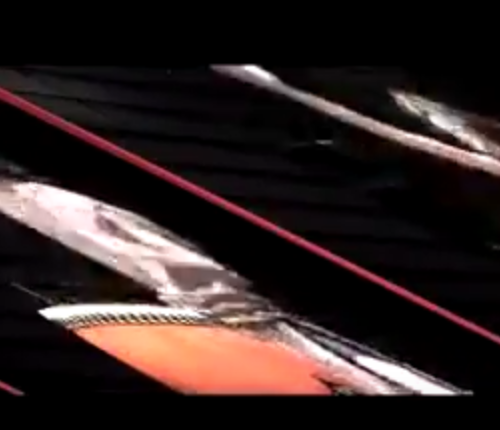 The Tiki Man EP is the latest release from London’s Musik Box label and it’s arguably their best, and most eclectic, to date. Musik Box is, of course, home to all things House, Disco and Boogie set up by renowned beat-mongering duo Punks Jump Up, now PJU; now on it’s sixth release after a string of rock solid, and slightly quirky, floorfillers.

Tiki Man is the product of Jari Menari; who are, in turn, one half of PJU teaming up with one half of Swiss Disco experimentalists In Flagranti. Which makes sense as they are both products of that early 2000s Indie-Dance boom.

In Flagranti have been knocking out woozy Disco epics since way back in 2002, largely on their own label but occasionally for the likes of Kitsuné, Phantasy and Gomma. Intergalactic Bubblegum and Business Acumen both hold a massive place in my heart as the soundtrack to my last few years living in London. Similarly Punks Jump Up have served up some of the finest Boogie-fuelled monsters of the last decade. From Dance To Our Disco to the Chromeo’s Dave1 featuring Mr. Overtime, via collaborations with Dubka and Earl Grey, a new PJU release is always something to get excited about. Particularly the basslines. Oh how I love me some PJU bassline!

The EP’s title track is an insane six minutes of half rapped/half chanted vocals over one of those basslines. A thick late-80s House groove, pure white glove stuff, accentuated with synth stabs and popping purcussion, Tiki Man has a Chicago House core with a particularly British twist. Tanz La Tête continues in a similar vein, upping the jacking element into a hypnotic symphony of rolling 909 purcussion and punchy Roland bass; tied together with looped vocal snatches, a pure vintage floorfiller.

There’s a slight EBM/Newbeat slant to Body Conscious with it’s reverb heavy synthetic industrial purcussion and undulating waves of effects rolling in and out of the track while I Want U (But I Want U 4 Myself) serves up an almost New York Indie-Disco flavour mixed with a little Detroit Electro and Chicago warehouse vibes. Live bass and organ set this one apart from the rest of the EP.

The TIki Man EP is an example of what can happen where people truly steeped in the history of dance music come together to experiment, the results are eclectic and left-field, but rock solidly classic House.