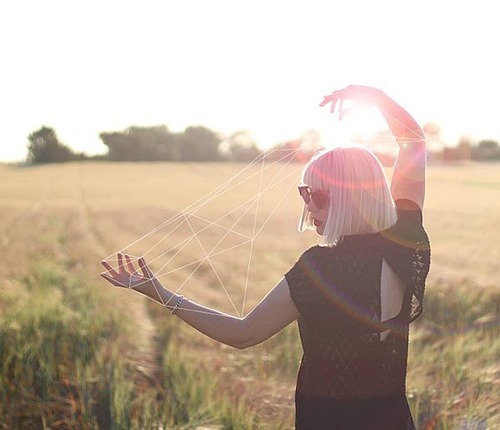 The incredible Avec Sans’s new single premièred this week on MTV’s new Scream TV series. That’s some top drawer syncing right there! If MTV aren’t actually going to play music videos anymore then the least they can do is feature the best new music in their TV show. Which they appear to have done. So fair play to them then. Pats on the back all round. Are we in for some more lovely melancholy moods wrapped up in crystal clean and catch ElectroPop. Yes we are. Get your hearing gear around When You Go.

Swoosh! That’s how When You Go begins. Once suitably swooshed you’ll be treated to a booming and majestic tune that sees Jack playing with an almost Dubby groove, albeit it a Dubby groove run through his humming RoboPop machines while Alice’s smoky vocal delivers that particular gloomy optimism that only she can. When You Go is possible the Sans’ most confident and self-assured track to date, a down-tempo masterpiece of cinematic SynthPop. There so much bombast in here, Jack’s thick production sounding as clean and full as ever, but never over-crammed and Alice’s performance rich with an emotional resonance. There’s a new EP on the way. Oh yes there is.