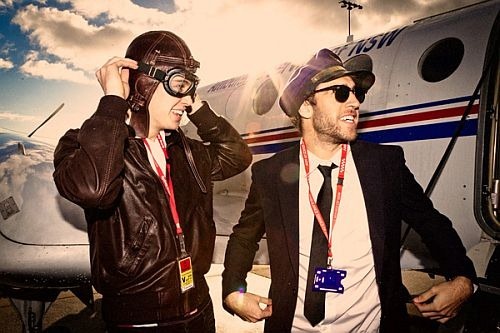 Australian Nu-Disco veterans Flight Facilities have dropped their second new track in the past twelve months. This time it’s a laid back stormer titled I Didn’t Believe featuring one of our favourite singers, fellow Australian Elizabeth Rose. Prepare for some slick Disco vibes.

I Didn’t Believe has been a work-in-progress since 2010, being the first track they wrote after the awesome Crave You, but it took Rose’s vocals to set the icing on the cake. Five minutes of playful Funk with a summery outlook. Deep and soulful rather than big and bombastic, I Didn’t Believe is a perfect chilling in the sun soundtrack driven by an undulating bassline and Rose’s breathy voice. The chorus is pure classic sounding Disco, uplifting and joyful. Sit back and relax.

Flight Facilities’ I Didn’t Believe is released 8th May with reMixes from Tiger & Woods, Lou Teti and Light Year.