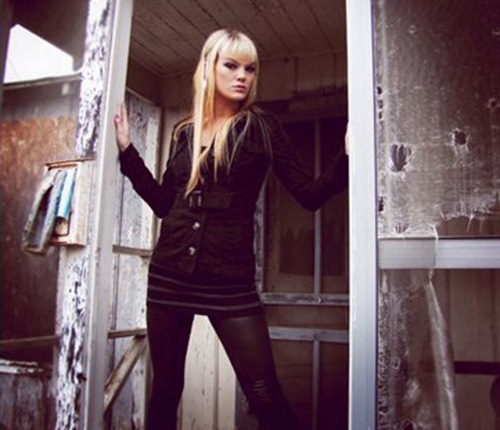 Austin based ElectroPop duo Eleven:Eleven are back with their first single for new label Cliché Musique. The new release, Escape, drops in advance of their new album Through The Veil (bits of which we’ve already heard) which now looks set to receive a proper release in May.

Escape is a sweeping slice of ElectroPop that falls slightly toward the Modern SynthPop end of the spectrum, but don’t let that put you off, it’s an insanely infectious with a huge chorus. A rough ‘n’ ready bassline powers the track along like a modern take on early 80s minimal Pop, creating a machine dance until the chorus sweeps in, loaded with lush synths. Sicca sounds as good as ever, delivering the enchanting icing on the cake. Unfortunately, for such a sweet song, the reMix package is a bit of a let down, mostly filled with generic, uninspired takes on the track. Standing proud amidst the mediocrity is The Sanfernando Sound, whose reMix is the packages highlight. The man understands 80s music just as well as he understands dance music, and that’s just the combination you need with a track like this. Working some seriously period percussion against a bass heavy tracks TSS captures a particularly British SynthPop feel, but without sounding dated in the slightest.

Eleven:Eleven’s Escape is out 26th March.