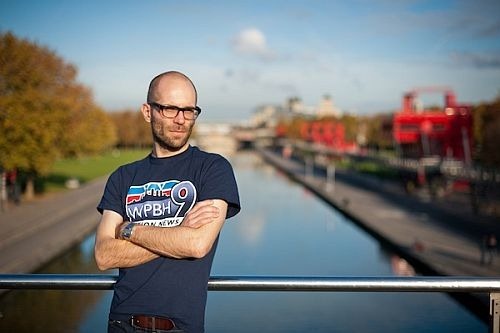 Sometime in the last year the world went Drive crazy. The PR email that landed in our Index for the new release from Valerie head honcho College uses the word ‘Drive’ six times. Which is milking it a bit too much, it’s getting embarrassing. The man known to you an me as the founder of the Valerie collective and one of the originators of the SynthWave scene, and now apparently known to the rest of the world as “Drive star College” (I didn’t know College was Ryan Gosling!), is rereleasing his classic début album Secret Diary alongside the Teenage Color EP .

Both releases will get a vinyl and CD reissue courtesy of Invada Records, the label of the legendary Portishead’s Geoff Barlow. There’s not much point me telling you what it sounds like, I expect everyone who reads this site has probably already got both releases, but of vinyl junkies out there this is a pretty cool opportunity to pick up these tunes on record. Well, worth picking up, ‘cos don;t get us wrong, David Grellier is an amazing artists, one of our favourite producers, we just think it’s time for everyone shut up about a movie released two years ago and get on with some new music. That would be amazing!

College’s Secret Diary and Teenage Color are rereleased on coloured vinyl and CD 6th May.