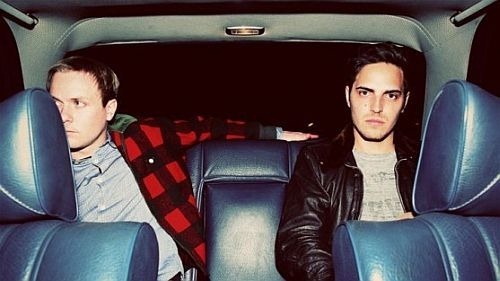 Classixx are back! An unexpected, but most welcome turn of events. Not only are this LA Disco duo back with a new single, but they’ve also just announced their début album. To be released mid-March, the album, titled Hanging Gardens, with hold twelve tracks of laid back funky goodness including one or two favourites, such as Far From The Beach. Holding On is the first (new) single to be taken from the album.

The track is a lush beach groove. It’s everything you’d expect from LA Disco. Keen ears may recognise the track from a particularly old edition of The Magician’s Magic Tapes, where an early form of the track was featured. Holding On is sunshine in musical form. Tropical keys and rolling Disco basslines build up a no-worries party mood that’s paves the way for big vintage strings and an infectious vocal sample. Definitely one for pool parties.

Classixx’s Holding On is released 19th  February with remixes by Lifelike and Jerome LOL amongst others with their album following 14th March.