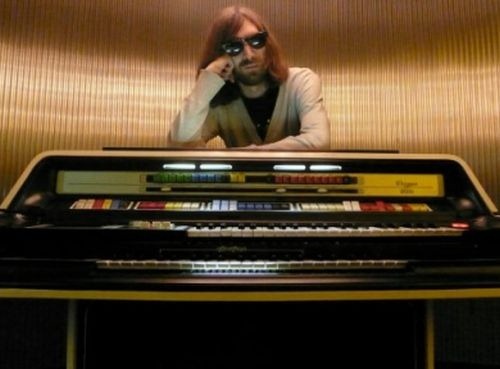 Last week, we tweeted and posted on G+ “If I was writing this week (as opposed to starting again on Monday) I would be writing about this!” in regard to Dimitri From Paris’ reMix of Breakbot’s Break Of Dawn. Since that tweet that track has received a fair bit of coverage, not least because it’s a free download, but we haven’t found anything in the past seven days that we would rather write about, so it gets a post anyway (even though, if you follow is on Google+ or Twitter you’ll have probably already heard it).

The last few months have been a revelation in respect to Dimitri From Paris, we’ve featured him a lot over the years on electronic rumors, but in 2012 he really knocked out socks off. The man has two tracks in our favourite reMixes of 2012, and I can tell you that was very nearly three, and it looks like he’s busting into 2013 in the same fashion. Break Of Dawn is the opener of Breakbot’s acclaimed début album, By Your Side. A gliding, slick, 70s Disco tune that, in Dimitri’s hands, become a late 80s ElectroPop monster. Funky digital bass and little Disco licks give it an Electric Soul vibe whist the B-Boy beat lends a necessary punch. A fantastic way to start the year.

Breakbot’s By Your Side is out now.