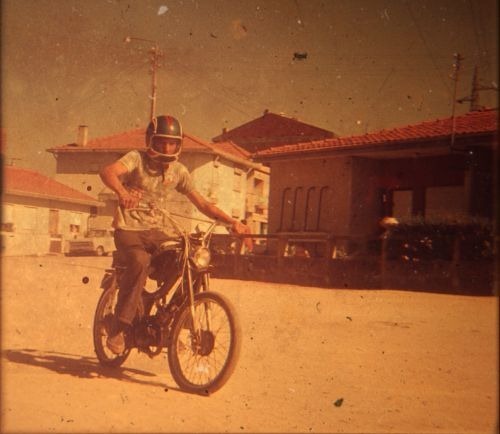 Well, this is a nice surprise for the end of the week. One of our favourite SynthWave artists, Portuguese producer Ruben Allen, A.K.A. SaiR, has just released a shiny new EP on none other than Rosso Corsa Records. It’s been a while since we heard from SaiR, but it looks like his time hasn’t been going to waste.

The Sunfield EP holds four tracks from SaiR output in the last couple of years, each one loaded with a sweet nostalgic synth Funk. Kicking off with Clockwise, rocking an Electro-Funk bassline and a punchy buzzing lead. Clockwise twists it’s way through Disco, SynthWave and Funk, revelling in the best of each with some glorious synth sounds and melodic playing. Shoreline conjures a mood of lazy afternoons in the sun with it’s laid back vintage synth style and some dreamy melodies. Sunfield delivers an even more chilled groove that sees SaiR getting a little synth Jazzy while Bright merges the best LA Funk with, and Herbie Hancock style keyboard wizardry, with blissful Dreamwave. If you’re a fan if Disco, Funk or SynthWave this EP is a must. Also, the guy on the cover (pictured above) is Ruben’s old-man, in the 70s, dirt-biking it!

SaiR’s Sunfield EP is out now on Rosso Corsa Records.